As an aid to students, teachers and parents dealing with the challenges of home learning, we have constructed an A–Z of the World taken from E. H. Gombrich’s, A Little History of the World. Day by day, we will be sharing a bite size introduction to a historical figure, event or period – using Gombrich’s magical words – along with links to free resources, so that readers of all ages can discover more. Today, Gombrich covers Zeus (and Apollo). 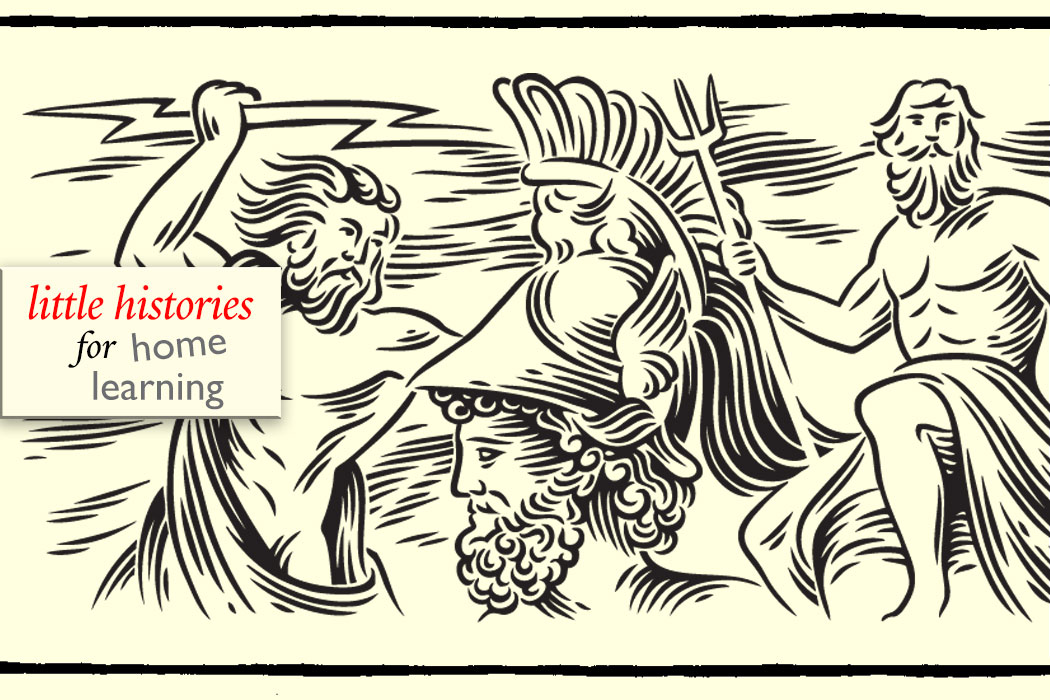 E. H. Gombrich: One thing united the Greeks: their religion and their sport. And I say ‘one thing’ because, strangely enough, sport and religion weren’t two separate things – they were closely connected. For instance, in honour of Zeus, the Father of the Gods, great sporting contests were held every four years in his sanctuary at Olympia.

But it wasn’t only the Olympic Games that brought all the Greeks together. There was another sanctuary which they all held sacred. This one was at Delphi, and belonged to the sun god Apollo, and there was something most peculiar about it. As sometimes happens in volcanic regions, there was a ﬁssure in the ground from which vapour issued. If anyone inhaled it, it literally clouded their mind. It was as if they were drunk or delirious, and nothing they said made any sense. The very meaninglessness of these utterances seemed deeply mysterious to the Greeks, who said that ‘the god himself speaks through a mortal mouth’. So they had a priestess – whom they called Pythia – sit over the ﬁssure on a three-legged stool, while other priests interpreted her babble as predictions of the future.

The shrine was known as the Delphic Oracle, and at difﬁcult moments of their lives Greeks from everywhere made pilgrimages to Delphi, to consult the god Apollo. The answer they received was often far from clear, and could be understood in a variety of ways. And in fact we still say that a vague or enigmatic answer is ‘oracular’.

Free Resources to Learn More about Zeus and Apollo

Who were the ancient Greek gods and heroes?

BBC In Our Time

Zeus, and more an ancient Greece, for younger students

The Eagleton Affair: Joshua Glasser on George McGovern and ‘The Eighteen-Day Running Mate’