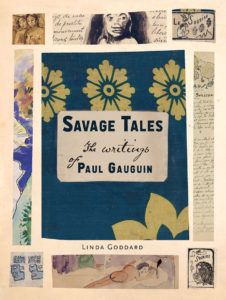 ‘This is not a book,’ the artist Paul Gauguin declared in the opening words of his unconventional memoir Avant et aprés, ‘I am not a writer’. His statement is one with which many scholars have traditionally agreed, viewing the literary output of Gauguin as amateur and self-serving; a secondary activity he defaulted to when too physically weak to make art.

In Savage Tales: The Writings of Paul Gauguin, author Linda Goddard challenges these assumptions, and locates Gauguin’s literature as central to the history of both word-image relations and of artistic encounters in the French colonial context. Read on for Goddard’s fascinating introduction to Gauguin’s (apparently) autobiographical tale Noa Noa, and the complex juxtaposition of ‘savage artist’ and ‘civilised writer’ that it encapsulates.

In 1899, a satirical broadsheet circulating in Tahiti reported on a play about free love and incest, supposedly by a Tahitian author. The review, which incorporated a plea for women to be granted the same moral freedoms as men, was signed ‘Paretenia’ (Tahitian for virgin). Its real author was Paul Gauguin. Over a decade earlier, a treatise about colour theory circulated among critics and artists including Félix Fénéon and Georges Seurat, advising painters to search for harmonious effects and not to copy nature slavishly. It was signed ‘the great professor Mani-Vehbi-Zunbul Zadi’, and purported to be an ancient Oriental treatise. Again, Gauguin was its author. 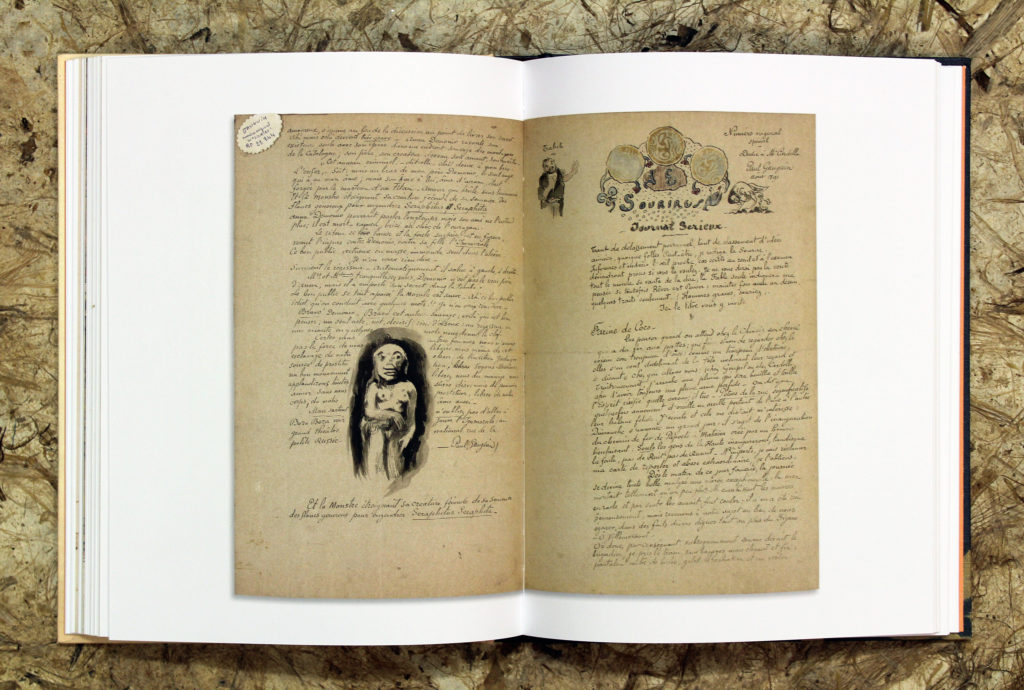 These writings are among the many, little-studied manuscripts by Gauguin that I explore in my book, Savage Tales. Although best known for his luminously hued paintings of Tahiti, Gauguin was equally remarkable for his tendency to work experimentally across media (including ceramics, woodcarvings, and prints), and to borrow and recycle motifs from one work to the next. My book presents his writing as a crucial part of his multi-disciplinary artistic practice. Although he claimed that he was ‘not a writer’, he in fact produced large quantities of art criticism, memoir, travel fiction, essays, and journalism (the short-lived newspaper, Le Sourire, in which the mock Tahitian theatre review appeared, was entirely written, illustrated, printed and distributed by him).

A number of his manuscripts are filled with sketches and collaged reproductions, and his words, too, are borrowed, reiterated, and stitched together in seemingly haphazard fashion. He honed this apparently naïve and unstructured style, like the deliberately crude effects of his visual art, in order to match the identity that he fashioned for himself as a ‘savage’. Gauguin identified writing as an instrument of imperialism, mapping the contrast between ‘savage’ and ‘civilised’ onto that between artist and writer. Although he aligned the visual artist with the ‘primitive’ and the writer with the ‘civilised’, in both pairings he was awkwardly placed between the two. Just as he inevitably remained implicated – as a settler in a French colony – in the imperialist culture that he denounced, he could only assert his autonomy as a visual artist by adopting the privileged voice of the writer. 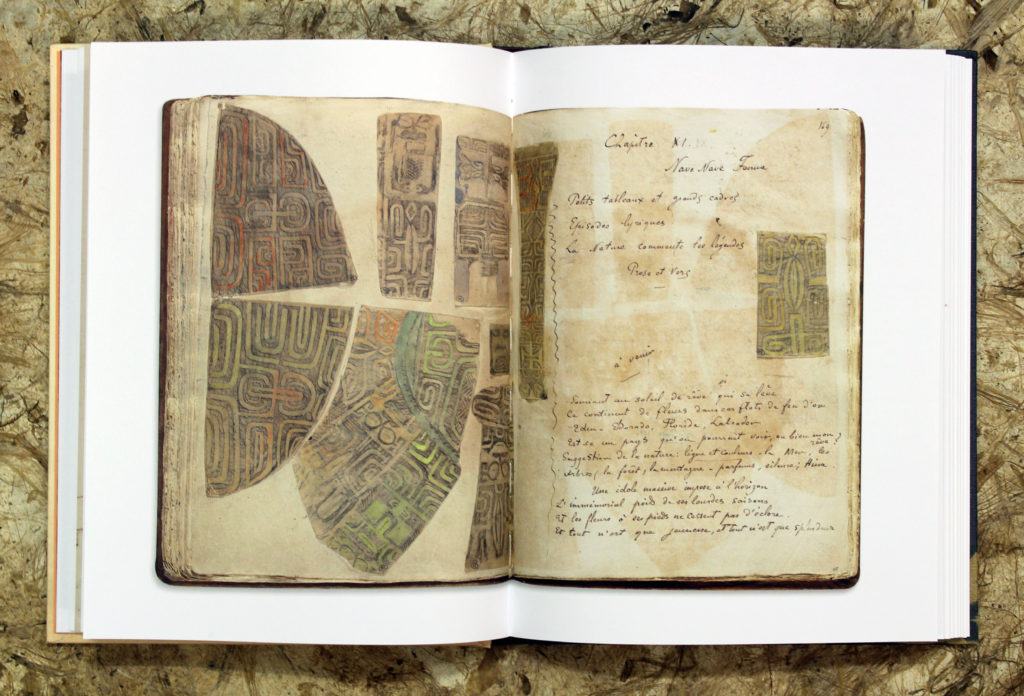 The exhibition ‘Gauguin Portraits‘ (previously at the National Gallery of Canada, Ottawa) will soon open at the National Gallery in London. It includes self-portraits by the artist, as well as paintings that may depict his thirteen-year old Tahitian lover, Teha’amana. Much of what is known about their relationship derives from the artist’s own account of his first stay in Tahiti (1891-3), called Noa Noa. First drafted in 1893, the story has proved so popular that Keanu Reeves gave a public reading from it in 2015, and it inspired the plot of the recent French biopic Gauguin: Voyage to Tahiti (2017), starring Vincent Cassel. But the artist’s propensity for alter-egos and pseudonyms (in Le Sourire, he also used the by-line Tit-Oïl, which resembles a Tahitian expletive) together with his self-consciously primitive writing style, should cast doubt on the innocence of this text, which is much less simple than it first appears.

It exists, essentially, in three versions. Even the first sketch, usually celebrated as a spontaneous and unadulterated, if brief, memoir of his life in Tahiti, is complex in structure and origin. Pasted-in sections show Gauguin reworking passages, particularly those in which he describes his own paintings, while certain themes and episodes are modelled on common tropes in nineteenth-century ‘exotic’ fiction. Although often used as a source of factual information, Noa Noa should not be read as a straightforwardly biographical source. 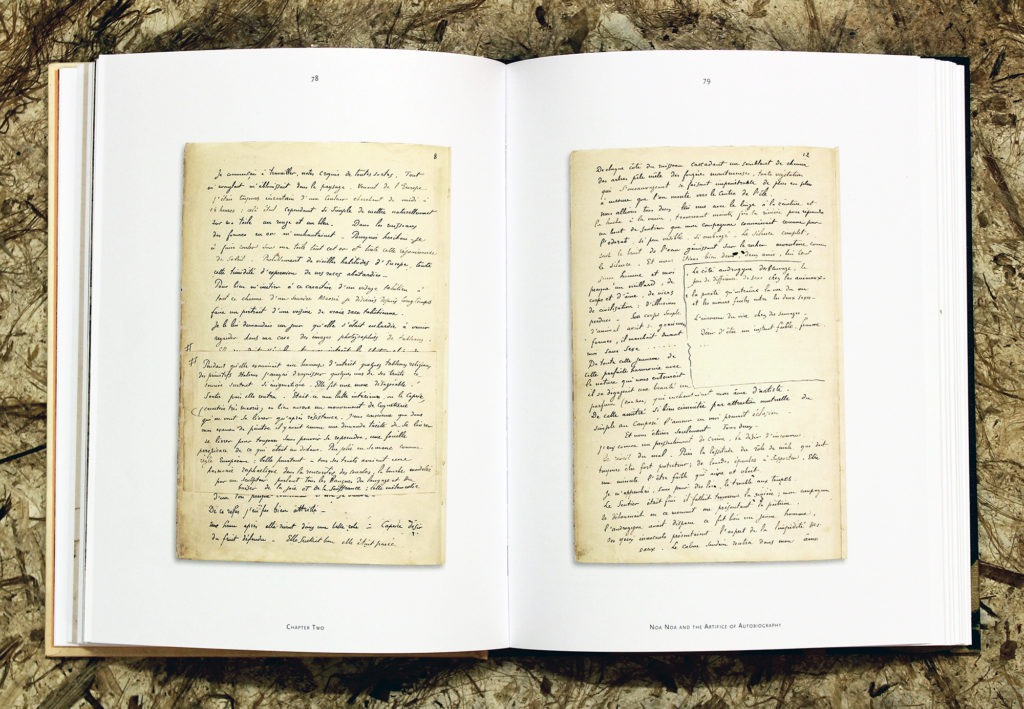 To complicate matters further, after Gauguin failed to complete the text in time for an exhibition of his paintings in Paris in 1893, he engaged a Symbolist poet named Charles Morice as a collaborator. His aim was to create a contrast between the poet’s ‘sophisticated’ voice and his own ‘innocent’ one that would echo the contrast that he perceived between France and Polynesia. After the partnership broke down, and Gauguin returned to Tahiti, artist and poet each produced distinct versions of the text they had reworked together: Morice extensively rewrote his copy and published it in 1901, while Gauguin incorporated some of Morice’s changes but added further ones of his own.

To this latter manuscript, preserved in the Louvre Museum, the artist added sequences of illustrations in mixed media, which create the impression of a travel album or scrapbook. Also contained within the same album is a still unpublished essay entitled Diverses choses (Miscellaneous Things, 1896-8). Among the citations, unacknowledged borrowings, and misattributed passages found there are the invented sayings of ‘Zunbul Zadi’, recycled from their earlier outing in the fake treatise of 1886.

The presence of this hoax passage in the same album that contains a version of Noa Noa draws attention to the complexity of this supposedly autobiographical tale. Instead of an unfiltered record of personal experience, Noa Noa is a multi-layered narrative, involving Polynesian legends, poems by Morice, allusions to travel-writing prototypes, and the traces of previous versions and other voices. If Gauguin’s writings offer a ‘portrait of the artist’, it is one in which his identity is not only carefully constructed, but constantly shifting.

More about the author

EVER YOURS, VAN GOGH: 14/15 JULY 1889 – An extract from Van Gogh to his brother, Theo, referencing their mutual friend Paul Gauguin. 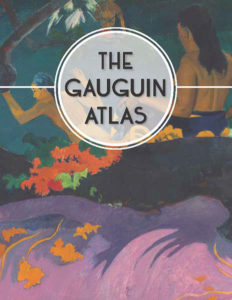 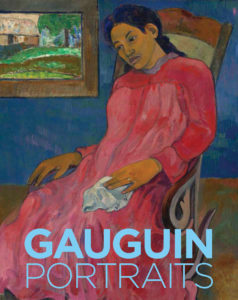 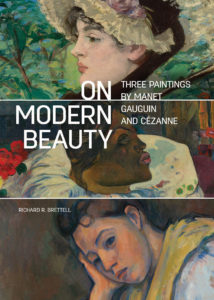