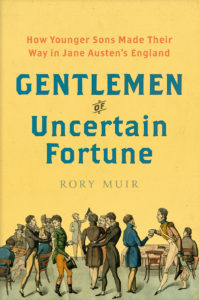 In Regency England, the eldest son usually inherited almost everything while his younger brothers, left with little inheritance, had to make a crucial decision: what should they do to make an independent living?

In his new book Gentlemen of Uncertain Fortune, historian Rory Muir weaves together the stories of many obscure and well-known young men, shedding light on an overlooked aspect of Regency society. Two such stories are that of the successful Benjamin Smith and the impatient William Yescombe, both country attorneys.  In part II of our extract, Muir reveals the unfortunate story of William Yescombe.

William Yescombe: The Story of an Unfortunate Attorney

If Benjamin Smith’s success has echoes of a Victorian morality tale where the duller virtues were rewarded, William Yescombe’s fate acts as the salutary lesson for those who were too impatient. Yescombe’s grandfather was a country gentleman in Somerset around 1700, and his son Robert (William’s father) was a successful attorney in Bath who married the daughter of a Bristol brewer and had three sons and three daughters. However, Robert died in 1750 at the age of only 44, before his children had been launched into the world. Five years later the eldest boy, another Robert, became an articled clerk to John Weston, an attorney in Olveston, Gloucestershire, and William, the second son, was articled to Thomas Nash, an attorney in Bath. (The boys would have been 18 and 17 at the time, rather older than one would have expected, particularly for the sons of a widow.) The third son, Edward, went to Oxford and into the Church, becoming Vicar of Colerne and Rector of Rode before dying prematurely in 1773. After five years in articles, Robert and William were enrolled as attorneys on the same day in November 1760 and promptly set up as practitioners in Bristol and Bath respectively, although Robert appears to have inherited a significant estate from his father and this, rather than his profession, was his principal source of income.

William had received an inheritance of £400, presumably in addition to the cost of his training as an attorney; and two months before he had been enrolled he had married Sarah Collin, ‘an agreeable young Lady, with a fortune of £6,000’. Part of this fortune consisted of an estate at Belton in Rutland, and £3,300 was placed in trust as part of her marriage settlement. The young couple could live on the income from her capital, but it was protected from William’s creditors if his business did not prosper. They rented a house in Kingsmead Street which William also used as his office, and in 1764 moved to a better house in Monmouth Street which William purchased for £600. We know little of their private life, except that they had no children.

Fashionable Bath was a promising location for a young attorney in the middle of the eighteenth century, and William appears to have done well in his first few years in practice. There was regular bread-and-butter work drawing up wills, establishing trusts and conveying property, and he was also employed in more complicated matters, including the Highfield estate at Bitton in Gloucestershire where he acted for Benjamin Perrott, a tenant for life under an entail. William organized a private Act of Parliament (introduced by his brother Edward’s brother-in-law, Sir Edward Bayntun, MP for Chippenham) to break the entail and allow the estate to be sold. He also acted as attorney to Charles Young, the heir of Richard ‘Beau’ Nash, who had done so much to establish Bath in the fashionable world, but who had died leaving considerably more debts than assets. The appointment was prestigious but soon proved more trouble than it was worth. Nash’s mistress, Mrs Hill, presented a bond for £250 of dubious legitimacy, and Charles Young grew increasingly impatient, criticizing Yescombe for failing to keep him informed of progress and of being distracted by other business. There was further trouble over the estate of Thomas Chilcot, the late organist of Bath Abbey, whose heirs accused Yescombe of selling their father’s assets to his own friends for below their true value, and for failing to invest the proceeds properly. This ultimately led to a suit in the Court of Chancery in which Yescombe admitted that he had used some of Chilcot’s money for his own purposes, and he reimbursed it. The impression given is of muddle rather than fraud, and perhaps even that such muddles were commonplace.

Alongside his legal work, William took an active part in the booming property market in Bath. He began by acting as the agent for local builders in the sale of their houses, and this led him into the business of raising loans for the purchase of these houses, and then into lending money himself, and finally becoming a direct investor in the building of houses. The business was temptingly profitable, and by the early 1770s Yescombe owned a significant number of houses in Bath, most of them heavily mortgaged. Then, in 1772, the boom ended in a sharp credit crunch and crisis of confidence. Many provincial banks failed, and each bank failure precipitated a cascade of bankruptcies of individuals and other businesses in the district. In August of that year Thomas Creaser, a leading banker and businessman in Bath (he had begun as a draper only a decade before and ridden the boom without curb or bridle), failed with debts of £31,000 and assets whose value might be £30,000 (his own, optimistic, estimate) or only £10,000 (the estimate of his bankruptcy assignees). William Yescombe claimed to be a creditor for £550 and advertised that he would sell this for eight shillings in the pound (that is, £220). Creaser denied that the debt existed at all and the publicity around the affair raised questions as to Yescombe’s own solvency. (In the end, Creaser’s creditors only received 4s 6d in the pound or 22.5 per cent.) By the end of 1773, Yescombe was in serious difficulties, with creditors wanting payment and debtors often unable to pay. He turned to his brother Robert, who helped cover a number of his debts, but was unable to keep him afloat. In January 1774 Yescombe’s London agent brought an action against him in the Court of the King’s Bench, and judgment was delivered against him on 21 March. Four days later he was dead, although there is no evidence whether he committed suicide or died of natural causes. He was 36 years old.

All Yescombe’s household goods were sold for the benefit of his creditors: his widow received nothing at all from his estate, although fortunately, her marriage settlement ensured that she was not left destitute, and less than two years later she married a Bath apothecary. Robert Yescombe was seriously embarrassed by his attempts to save his younger brother – he had court orders totalling at least £6,500 against him and he had to come to an arrangement with his creditors, selling off some of the land near Wedmore that had been in the family for 150 years. This left him with little except his house in Bristol, but it was considerably better than the debtor’s prison to which he might have been sent if he had been unable to satisfy the creditors. Evidently he had no surviving son, for his heir was his nephew Edward Bayntun Yescombe, who gave up any prospect of life as a country gentleman and obtained a position as captain of a Post Office mail ship in 1787 through the influence of his mother’s family, and he prospered and eventually restored the family fortunes.

A Career Fit for a Gentleman?

Both the failure of William Yescombe and the success of Benjamin Smith were relatively common experiences in the eighteenth and early nineteenth centuries. The economy was growing rapidly but with many sharp depressions which the country banks and other local institutions often did not have the resources to survive. A man did not need to be imprudent himself to be ruined in a depression, for he could very readily be caught up in the ruin of others, as happened to William Yescombe. Luck, care and good judgment were all needed to survive, and it is not hard to see why attorneys began to cultivate an image of cautious, conservative, even stuffy respectability, or why they gradually withdrew from their role as money scriveners, despite its profitability. Even so, it was not really a career for a gentleman in this period. It required too much dry, detailed paperwork, and even Benjamin Smith clearly occupied a subordinate position when he acted as clerk to the landowners who sat on the local turnpike trust. Nonetheless, there was a good deal of interchange between attorneys and the landowning families in a neighbourhood. Mrs Bennet in Pride and Prejudice was the daughter of the Meryton attorney and her sister married his clerk, Uncle Phillips. Respectable, but not quite fit for a gentleman, it might do for a younger son at a pinch.

Find the story of Benjamin Smith in Part I of our extract.

Rory Muir is a visiting research fellow at the University of Adelaide and a renowned expert on British history. His books include Britain and the Defeat of Napoleon and his two-part biography of Wellington, which won the SAHR Templer Medal. 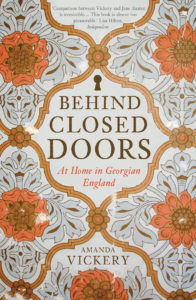 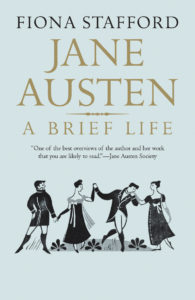 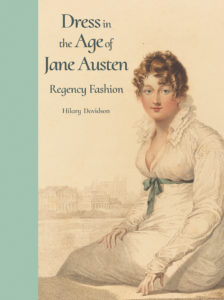