Don’t judge a book by its cover—or should you? Which books do you navigate towards when entering a bookshop? A captivating cover can have a great impact on how we decide which books we read.

We asked our designer, Alex Kirby, for his take on creating eye-catching visuals. In this interview, he explains how he came up with one of our most attractive covers for Tim Mackintosh-Smith’s Arabs: A 3,000-Year History of Peoples, Tribes and Empires, and the process of creating of beautiful and effective book-cover design.

1. The cover for Tim Mackintosh-Smith’s Arabs is stunning! What was your process in coming up with this design? 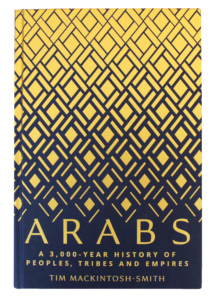 Thank you for the compliment, that’s very kind. In terms of the design, I have a process which I try to (but not always) follow for each book I work on. Usually, when all the steps within this process are completed, it yields the best results.
Initially, I discussed the book with Rachael Lonsdale, our production manager. We considered it’s audience, competitors and ambition as well as general ideas and themes.
Conversations like this are incredibly valuable as they can firm up and expand on information found within the cover brief. After this, I’ll do some further reading, check out competitors’ covers, consider fonts and then start brainstorming.

2. Where there any particular images you drew inspiration from?

So many – research is a key and vital step within my design process. I trawled through dozens of books and sites featuring Islamic calligraphy, patterns and motifs. Essentially I’m on the hunt for a ‘framework’ for the jacket’s typography; the foundations of the cover design, if you like.

3. The cover of Arabs has this eye-catching gold foiling effect.  What are the deciding factors in creating a non-standard jacket such as this?

There were several. The cover brief suggested looking at rich, colourful patterns that referenced art/mosaic decoration, paired with grand typography. It also mentioned there may be the budget for some more deluxe finishes.
After reading this, I was now sure that Yale were after something a little different; something that stood out. So my central aim became for the book to be regarded – both visually and academically – as the definitive volume on the subject. This pretty much ruled out using a photograph (which would have struggled to convey the history, range and breadth of the subject) so I began to focus instead on utilising foil patterns and motifs.

4. How different is it to design a cover for a non-fiction book versus a novel or a poetry collection?

That’s a very good question. I believe the design process remains the same, but the accuracy of images and typefaces on non-fiction jackets is likely to come under even greater scrutiny. 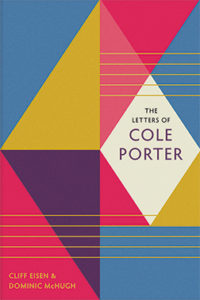 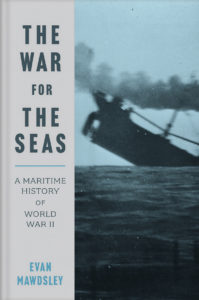 5. Design seems like a creative but lonely process. Are there moments of collaboration? Who within the company do you work more closely with?

It can be lonely, yes, but very fulfilling. In terms of collaboration, I work closely with Rachael; we regularly discuss jackets from briefing stage right through to the final design and finishes. I also converse frequently with Percie Edgeler – our brilliant Production Executive. Then, of course, there is the weekly Covers meeting, where designs are presented to Editorial, Marketing and Sales. This get-together is crucial as it’s imperative that everyone is proud of and enthused by the covers we publish.

6. What projects have you got on at the moment?

Lots! I’m very excited about all of them but in particular the covers for True Stories (PB), The Letters of Cole Porter plus The War for The Seas.
There’s also some other non-book cover stuff in the pipeline, but that’s under wraps I’m afraid!
Alex Kirby has been designing book covers for well over a decade; firstly three years at Penguin Random House, then twelve as Senior Designer at Faber & Faber. In July 2018, he joined Yale University Press and launched his own freelance venture.

He works across all genres including Fiction, Non-Fiction and Crime, creating jackets for both Literary and Mass Market. You can find examples of his design work on his website, Instagram and Twitter.

Find out more about the Yale community and how to approach publishers from our managing director, Heather McCallum.