Was Matilda a power-hungry she-wolf, as history portrays her, or a woman ahead of her time, fighting for the continuation of her family line? In her new book, Matilda: Empress, Queen, Warrior, researcher and medieval historian Catherine Hanley highlights how Matilda fought for the throne, and argues that although she never sat on it herself her reward was to see her son become king. Read on for her introduction to Matilda’s life as an empress, skilled military leader, and one of the greatest figures of the English Middle Ages.

When Henry I died in 1135, he left the English crown to his eldest legitimate child: an intelligent, well-educated, multilingual adult who had years of international political and governmental experience. It should have been the easiest succession imaginable, but it wasn’t – because Henry’s heir was not a son but his daughter, Empress Matilda.

Matilda led a remarkable and well-travelled life even by the standards of twelfth-century royalty. Shipped overseas to marry the Emperor when she was just 8 years old, she adapted to the unfamiliar environment, learned several languages, absorbed the politics of the Empire, and was crowned twice. By the time she was 16, she was so capable that the Emperor appointed her to rule Italy on his behalf.

Two deaths changed everything: that of Matilda’s only legitimate brother, William, in the White Ship disaster of 1120; and that of her husband in 1125. She returned to England and was named heir to the throne, the first woman ever to hold the position. The concept was so alien that there wasn’t even a name for it: the word ‘queen’ meant simply ‘the wife of the king’, and didn’t imply any ruling authority. She was, in effect, intending to be not a queen but a female king – and although she would have been perfectly capable in the role, this was unprecedented and therefore regarded with deep suspicion.

Another problem was that Matilda had no children, an undesirable situation for a monarch as it would cause succession issues. She thus found herself being pushed into an unwelcome second marriage, with Geoffrey of Anjou; not only was it humiliating for the Empress to marry the mere son of a count, but she was 25 and he just 13. The union was never happy, but the couple remained together long enough for her to have children – Matilda gave birth to a son named Henry in 1133 and two more followed.

The barons’ anxiety over a female heir manifested itself in December 1135 when Henry I died; despite the previously agreed arrangements, there was no consensus on who should succeed him, and certainly no rush to acclaim Matilda. And then Matilda’s cousin Stephen – the son of Henry I’s sister Adela – took advantage of the situation. In an unexpected and lightning move, he crossed the Channel, secured the royal treasury and had himself crowned king of England.

But Matilda’s status as a woman remained an issue and the barons, now they were faced with the real possibility of a female king, panicked.

Matilda was left stranded in Normandy, with little resource to launch a counter-claim, and it wasn’t until 1138 and the defection of her half-brother Robert that she was able to take action. Robert was the eldest of the many illegitimate children of Henry I; he was the earl of Gloucester and a very rich man. His royal blood made him an object of suspicion to Stephen, so he had decided that he would be in a better position if Matilda were on the throne.

Matilda was now able to launch a campaign, and she sailed for England in 1139. There was an initial surge of support as some of the barons came over to her, but it wasn’t enough to tip the balance in her favour, and stalemate ensued. This was broken early in 1141 at the Battle of Lincoln when Stephen was captured; he was delivered into Matilda’s custody and she moved forward with plans for her coronation.

But Matilda’s status as a woman remained an issue and the barons, now they were faced with the real possibility of a female king, panicked. They were encouraged by several influential chroniclers – the hostile press of their day – who whipped up antagonism towards a woman who failed to exhibit ‘the modest gait and bearing proper to the gentle sex’. Matilda was forced to flee from Westminster on the very eve of her coronation.

It was thanks to the comments of the chroniclers – and a later uncritical acceptance of them – that Matilda became enshrined in legend as the Empress who was in a favourable position but blew it; that she revealed her ‘true character’ at this point and that England had a lucky escape from rule by such an egotistical woman. But she was in a lose-lose situation: if she had behaved in a more conventional, gentle, ‘feminine’ manner she would have been held up as an example of why women were unfit to rule due to their softness.

Matilda’s next target was Winchester, the home of the treasury, but she was routed there and only narrowly escaped. And in fighting a rear-guard action to allow her to get away, Robert of Gloucester was captured; given that Matilda needed a man to command her forces in the field, she had no choice but to exchange him for Stephen, and the whole cycle started again.

Clearing the Path for Henry II

The war continued for years, England becoming ever more desperate as each season passed. But in the meantime, Matilda’s sons were growing up, and by the mid-1140s she was able – cleverly – to switch her focus from her own rights to those of her son Henry, which was unsurprisingly more palatable to the barons. Matilda remained in England for some years, but in 1148 she left for good in order to clear Henry’s path.

It worked. Henry was determined and capable, and after several years he fought Stephen to a standstill. But, of course, he was only in a position to do this because his mother had spent the best part of two decades fighting to lay the groundwork; if she’d given up when the situation seemed impossible, Henry II would never have occupied the English throne, and there would have been no royal Plantagenet dynasty.

Matilda continued acting on Henry’s behalf in Normandy, negotiating with kings and popes until the end of her life. She died in 1167 having never worn the English crown herself, but with the satisfaction of having outlived Stephen and both his sons, and seeing her own line restored.

Catherine Hanley is a writer and researcher specializing in the Middle Ages. She is the author of Louis: The French Prince Who Invaded England and War and Combat, 1150–1270 and a contributor to the Oxford Encyclopedia of Medieval Warfare and Military Technology. Matilda: Empress, Queen, Warrior Matilda’s achievements as military and political leader, and sets her life and career in full context. 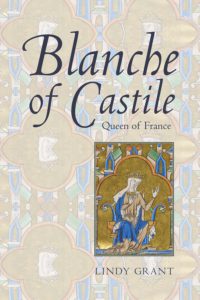 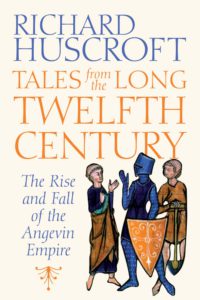 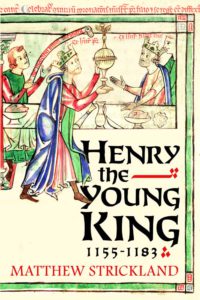 The Mongols and the Islamic World from Conquest to Conversion