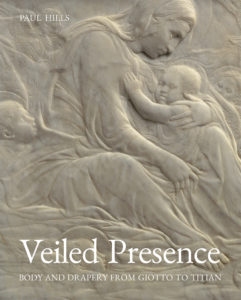 Veiled Presence: Body and Drapery from Giotto to Titian elucidates the symbolism of veils and highlights the power of drapery in Italian Renaissance art. Display of luxury dress was a marker of status and Florentines decked out their palaces and streets with textiles for public rituals. But cloths are also the stuff of fantasy: throughout the book, author Paul Hills, moves from the material to the metaphorical. We spoke to Paul about how curtains and veils evoke associations with birth and death.

Yale: What does the term drapery encompass in your book?

Paul Hills: Drapery in the context of Renaissance Italy embraced all manner of cloths and hangings as well as clothes. Inventories of palaces and even humbler dwellings list many textiles ranging from precious tapestries woven with silk and gold thread to simpler cloths, such as linen napkins or small rugs. These cloths included decorative covers for placing over benches or over the backs of chairs, hangings for walls, cloths or rugs for placing over tables or prayer desks, and tapestries to cover doorways. Few of these drapes were fixed: they were moved according to season, and in the case of the elite, notably the Medici in Florence, they were transported to and fro between the town palace and the country villa. 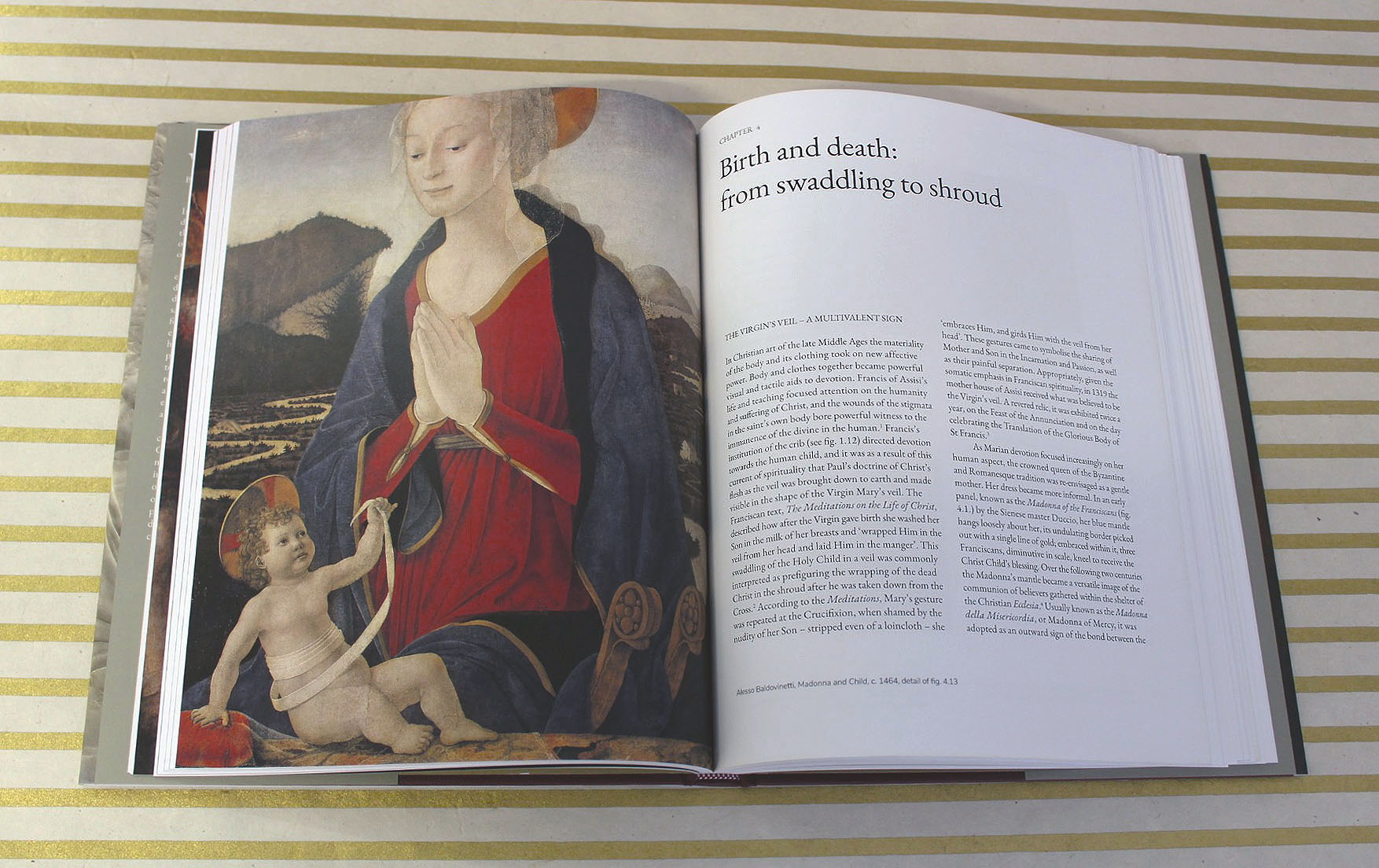 Rooms were continuously being ‘dressed’ and staged with hangings for events such as lying in of an expectant mother. For special occasions such as weddings, tapestries and other hangings might be loaned or rented. Large numbers of versatile cloths, including veils and kerchiefs of all kinds, feature in the inventories of personal clothing. All this constituted a shifting world of draperies that shaped contemporary social practices and informed the visual imagination of painters and their public.

After evoking this ever-changing social world of cloth, my book looks closely at how painters and sculptors used drapery not only to clothe the figure, but set the scene and quicken the tempo.

Yale: How different was the use of veils and drapery in a domestic setting compared to that in a public and especially religious setting during the Renaissance?

Paul Hills: There are some affinities between the use of veils and drapery in domestic settings and in churches. In addition to altar cloths, vestments and curtains over altarpieces, churches were hung with all kinds of banners and drapes, some permanent, some installed for funeral or festival. As in domestic settings, drapery, whether as vestments or hanging, was constantly changing. Drapery as clothing and curtain was deployed to lend drama to liturgy and worship. And just as sacred dolls placed in domestic shrines received gifts of cloths and honoured with curtains or veils, so also revered images on altars and tabernacles in churches were were donated dresses and mantles, and they were protected with curtains. 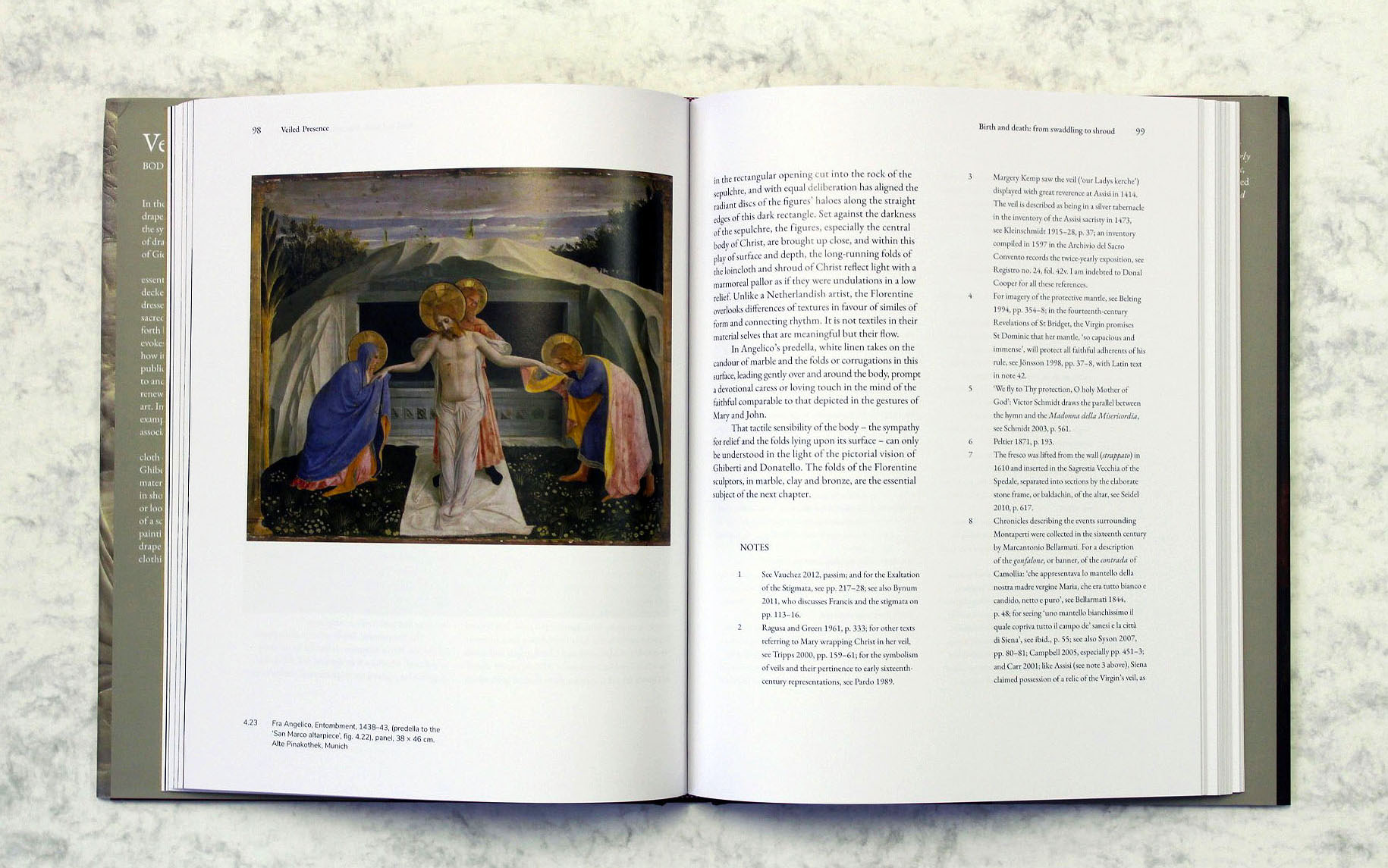 On the streets and public space of Renaissance cities drapery was often used on a grand scale for festivals and special occasions. Every year Florence celebrated the feast of its patron saint, John the Baptist, by covering the entire space outside the Baptistery with awnings fabricated of sky-blue canvas onto which were sewn huge lilies and other emblems of the city. Such installations temporarily transformed a familiar townscape, and brought heaven down to earth.

Yale: How was Renaissance drapery used to hide and disguise?

Paul Hills: Like many religions and cults, Christianity used veils and curtains both to conceal sacred images and to heighten the dramatic effect of their temporary revelation. Within the time span covered by the my book, from the late thirteenth to the mid sixteenth century, the veils and curtains that traditionally indicated sacred presence were transformed into instruments of artistic epiphany. One form of veiling was not simply replaced by another, but rather the cult function of veiling became absorbed within the demonstration of art. Sacred veiling and erotic suggestion now shadow one another. Painters such as Lorenzo Lotto and Titian become masters of cloak and dagger, using drapery both to disguise and create suspense. With the adoption of oil paint with its translucent glazes in place of egg tempera, veiling enters the very stuff and subject of representation. 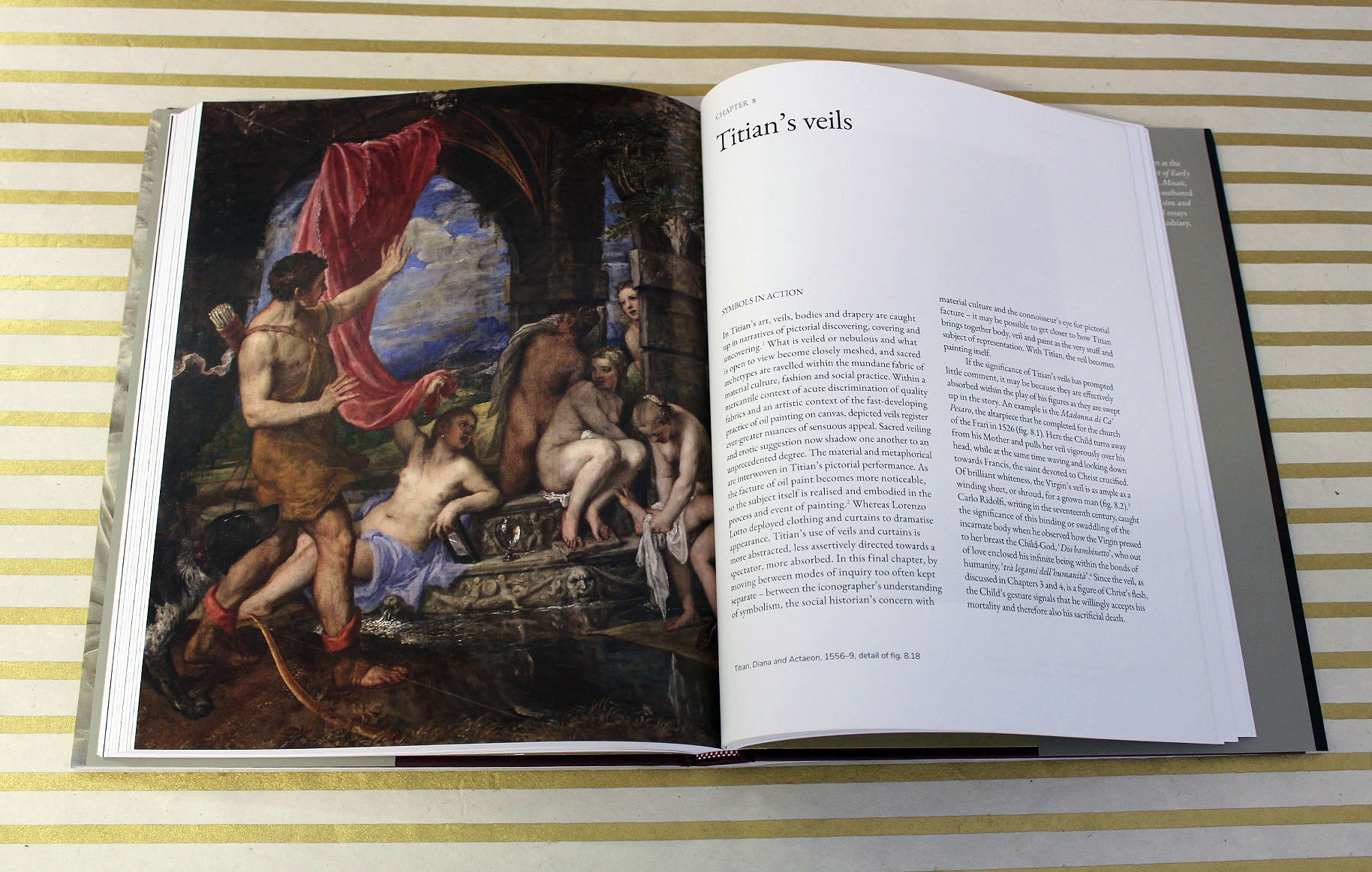 Yale: What are the major differences in the representation of drapery and the body between painting and sculpture in the Renaissance?

Paul Hills: Typically, whereas the painter depicts drapery, the sculptor makes it. He handles it; he touches it. In the medium of marble the presence of the body is by turns concealed and uncovered in the very material from which it is carved. When fabricated a full-scale figure in bronze, the sculptor might make a full-scale manikin dressed in clothes or vestments cut out in cloth or paper. On occasions Donatello gave texture to the surface of bronze by pressing cloth into the wax model from which it was made. Learning from antique models, as well as the classical treatises on rhetoric, the sculptors of the Renaissance conceived of body and drapery in dynamic partnership. Whereas in painting, draperies and their linings are distinguished by differences of colour, in sculpture the rhythm of folds – whether clinging to the body or hanging loose – is more telling. Pressing close or pulling apart of body and drapery becomes a highly expressive instrument in the sculptural medium. In fifteenth-century painting shifts of colour divert a little from this essential push and pull. 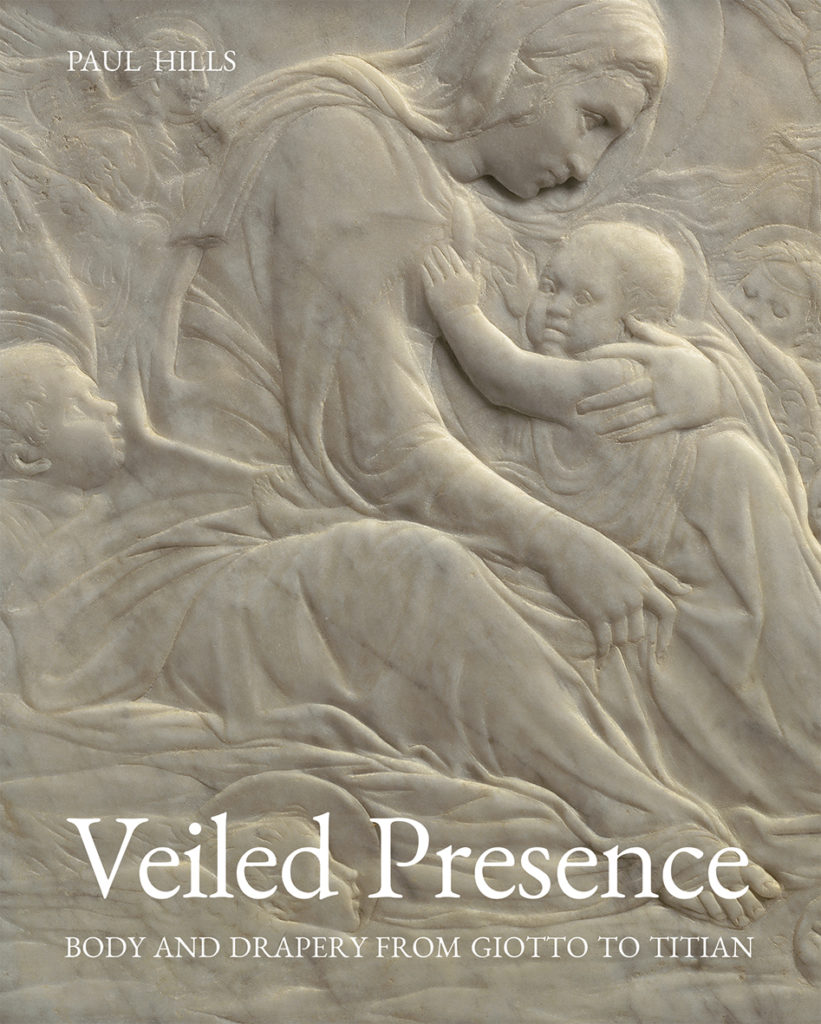 Paul Hills is professor emeritus of the Courtauld Institute.

You can buy Velied Presence here.

To find out about our titles on Renaissance art follow this link.

Portrait of a Potter: New biography of the iconic Lucie Rie

Published this month Lucie Rie: Modernist Potter by Emmanuel Cooper investigates the life and legacy of the brilliant and…