On 8 September 1848, a group of young artists and writers met to write a manifesto and found The Pre-Raphaelite Brotherhood. The meeting was held at the home of John Everett Millais, who was 19 at the time, at 7 Gower Street in London. The group members were secretive and initially refused to say what the abbreviation PRB, visible on their paintings, stood for. To celebrate the PRB Day, we spoke to John Holmes, the author of The Pre-Raphaelites and Science, about the group’s engagement with nineteenth-century science in pursuit of ‘truth’.

The Pre-Raphaelite Brotherhood and Science: An Interview with John Holmes

Yale: How would the term ‘science’ have been understood by the Pre-Raphaelites?

John Holmes: The Pre-Raphaelites were all very young men in the late 1840s, when they formed their brotherhood. For them, ‘science’ was the hallmark of their generation, the engine of modern, Victorian technology. It stood for the ‘railways, factories, mines, roaring cities, steam vessels, and the endless novelties and wonders produced every day’, as F. G. Stephens, one of the original PRB, put it in their magazine The Germ. Science had huge energy in the mid nineteenth century. It drove progress, in knowledge as well as technology, with a rapidity never seen before. Chemistry was exemplary. Over the first half of the nineteenth century it had come from nowhere to the point where, in Stephens’s words, it ‘now searches and measures the creation’. 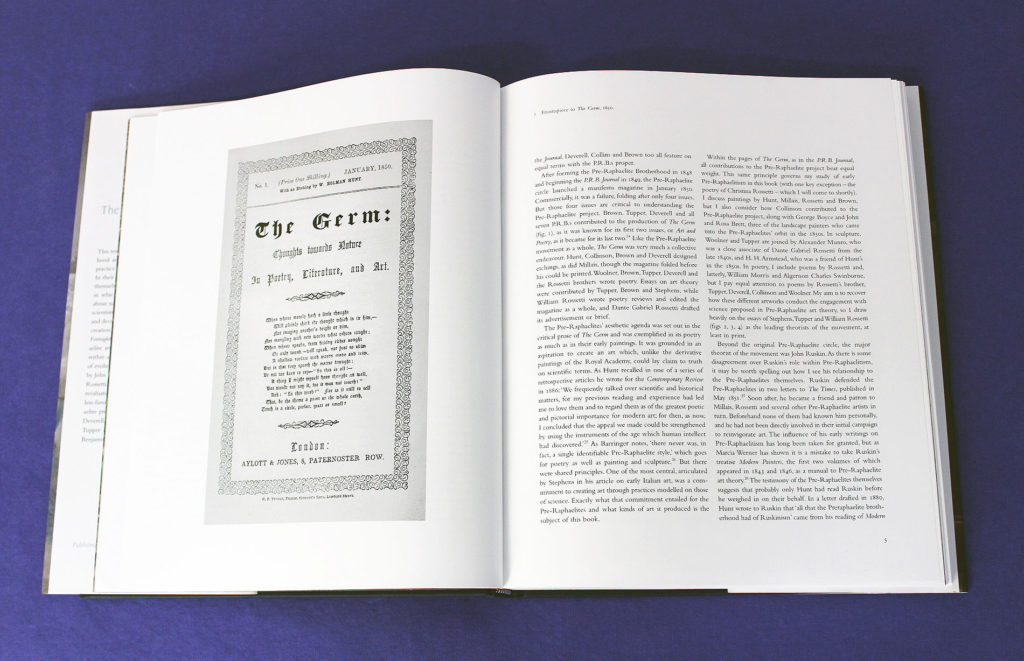 For the Pre-Raphaelites, if art was to be modern and progressive and not just repeat the old masters, it needed to follow the example of science. This meant being willing to experiment in line with the scientific method, always being true to what you yourself observe, not to what other people tell you to expect, nor to your own prejudices. So ‘science’ meant a new kind of integrity and rigour, characterised by meticulous observation, but also a freedom to pursue your own enquiries in art and not to follow what the establishment told you to do.

Yale: How did Victorian society reconcile science to their Christian beliefs?

John Holmes: This was not really a big problem for the early Victorians. Science was not compatible with a literal reading of the Bible. Geology had already shown that the Earth was far more than a few thousand years old. But most Victorians did not take the Bible literally anyway, at least not as an account of natural history. For them, God was effectively the author of two books, the Bible and the Book of Nature, so science was a way of studying God by studying his creation. This kind of natural theology was characteristic of early Victorian science, which emphasised the orderly laws of nature and interpreted biology as evidence for design. Even extinction, which troubled some Victorians like the poet Alfred Tennyson, was seen by others as proof that God did indeed intervene in his creation, to clear the way for us. 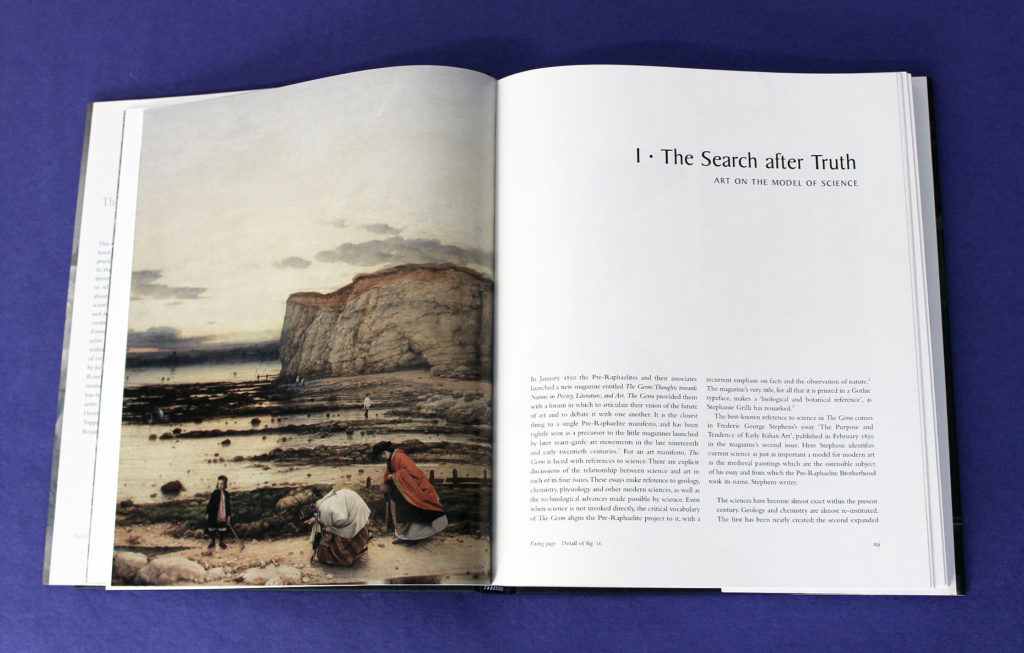 So when the PRB was formed in 1848, there was not seen to be a conflict between science and religion, although not all the brotherhood themselves were religious. Of course, all this began to change after Darwin published On the Origin of Species in 1859. Darwin’s theories implied that there was no designer. We lost our special significance and the natural world did not look as perfect or benign as people had presumed. Many scientists retained their faith but most of them abandoned natural theology, deciding from here on that science and religion had different concerns and different aims. Among the Pre-Raphaelites, Holman Hunt sided with the old natural theologians, but the others moved with the time

Yale: Pre-Raphaelite theory of art frequently mentions ‘truth’. What did they mean by that in the artistic sense?

John Holmes: Integrity and honesty, I think, in line with but not limited to their observations of the natural world. William Rossetti put it best when he wrote that Pre-Raphaelite artists pursue ‘investigation for themselves on all points which have hitherto been settled by example or unproved precept, and unflinching avowal of the result of such investigation’. In their paintings, sculpture and poems, the Pre-Raphaelites set out to be true to the observable details of nature, but also to probe human psychology and social relations.

A painting like Holman Hunt’s The Awakening Conscience is a classic example of this. Hunt exposes the exploitation of women through prostitution without judging the prostitute herself or presuming that she is going to end up drowning herself in the Thames. The extraordinary detail of a painting like this becomes a guarantee of its moral integrity, as it shows that Hunt has taken the care to examine the issue properly. In this way, to quote Stephens again, painting on scientific principles can advance ‘the moral purposes of the Arts’ too, not by preaching, but by getting to grips with real social conditions.

Yale: Does the present-day popularity of the Pre-Raphaelites and their paintings of long-haired maidens hinder a full understanding of the movement and its importance?

That said, I don’t think we should be too sniffy about the popular take on the Pre-Raphaelites. For one thing, if they weren’t popular, no one would care a fig what they were trying to do. I am delighted that so many people like Pre-Raphaelite painting and want to see more of it and to learn more about it. For another thing, it is not as if ‘Pre-Raphaelite’ ever meant just one thing. They set out to be scientific, but they named themselves in homage to medieval art which, for them, shared the same values. 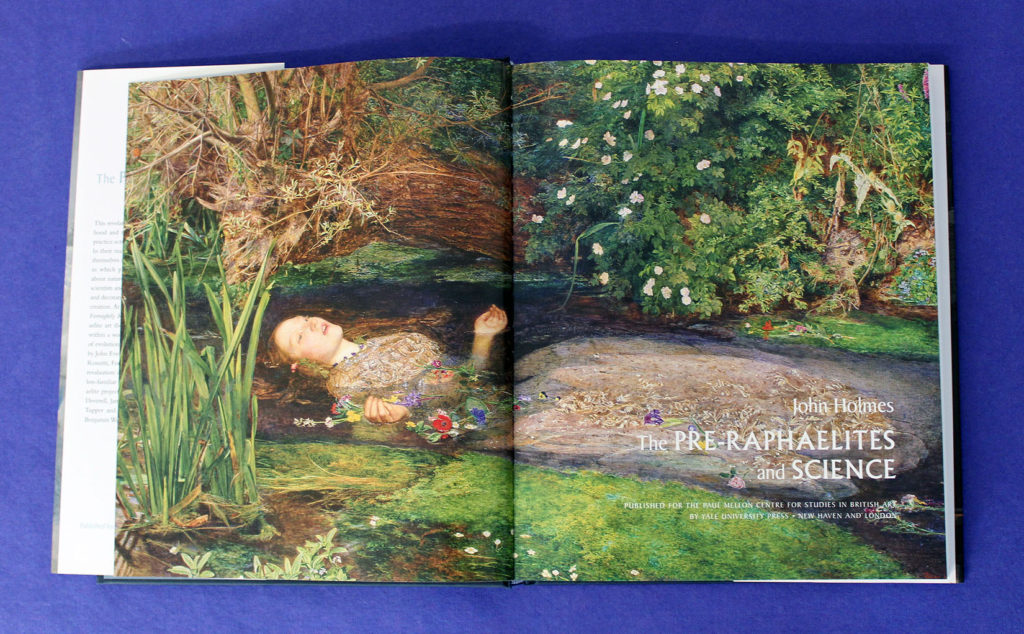 From the outset they had different aims and aesthetics – you’d never mistake a Holman Hunt for a Rossetti or a Millais, even when they were all working closely together – and as they went there different ways they each, proudly or reluctantly, took the name ‘Pre-Raphaelite’ with them. This is what makes Pre-Raphaelitism as a whole such a rich movement, across so many different arts. So while we need to keep researching them in order to understand better what the Pre-Raphaelite project was about, in the end it is their popularity that makes this worthwhile.

John Holmes is professor of Victorian literature and culture, University of Birmingham.

You can buy ‘The Pre-Raphaelites and Science’ here.

To find out about our other titles focusing on the Pre-Raphaelites please follow this link.

‘No one can escape from DADA.’ Ruth Hemus, an expert on the early 20th century Avant-Garde and author…