This month marks the bicentenary of German philosopher and economist Karl Marx’s birth. To mark this moment, we have reissued celebrated writer and Marxist Terry Eagleton’s bestselling Why Marx Was Right, with a brand new jacket and preface. Taking on the most familiar objections to Marxism and dismantling them one  by one, Eagleton shows Marx to have had a passionate belief in the individual, a deep suspicion of the state, and no tolerance for the idea of a utopian society. Read on for an extract… 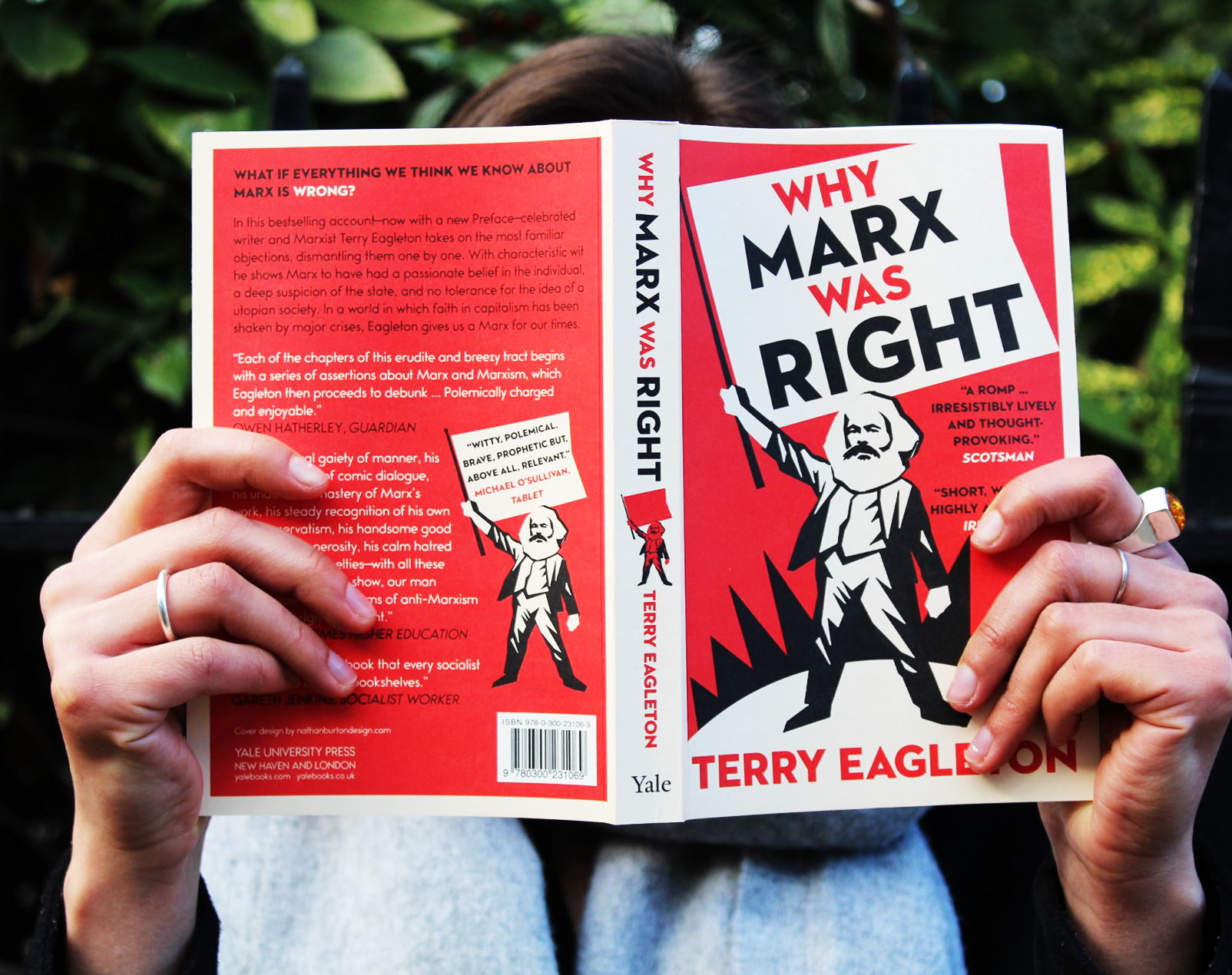 Lots of men and women in the West are fervent supporters of bloodstained setups. Christians, for example. Nor is it unknown for decent, compassionate types to support whole civilisations steeped in blood. Liberals and conservatives, among others. Modern capitalist nations are the fruit of a history of slavery, genocide, violence and exploitation every bit as abhorrent as Mao’s China or Stalin’s Soviet Union. Capitalism, too, was forged in blood and tears; it is just that it has survived long enough to forget about much of this horror, which is not the case with Stalinism and Maoism. If Marx was spared this amnesia, it was partly because he lived while the system was still in the making.

Mike Davis writes in his Late Victorian Holocausts of the tens of millions of Indians, Africans, Chinese, Brazilians, Koreans, Russians and others who died as a result of entirely preventable famine, drought and disease in the late nineteenth century. Many of these catastrophes were the result of free market dogma, as (for example) soaring grain prices thrust food beyond the reach of the common people. Nor are all such monstrosities as old as the Victorians. During the last two decades of the twentieth century, the number of those in the world living on less than two dollars a day has increased by almost 100 million. One in three children in Britain today lives on the breadline, while bankers sulk if their annual bonus falls to a paltry million pounds.

Capitalism, to be sure, has bequeathed us some inestimably precious goods along with these abominations. Without the middle classes Marx so deeply admired, we would lack a heritage of liberty, democracy, civil rights, feminism, republicanism, scientific progress and a good deal more, as well as a history of slumps, sweatshops, fascism, imperial wars and Mel Gibson. But the so-called socialist system had its achievements, too. China and the Soviet Union dragged their citizens out of economic backwardness into the modern industrial world, at however horrific a human cost; and the cost was so steep partly because of the hostility of the capitalist West. That hostility also forced the Soviet Union into an arms race which crippled its arthritic economy even further, and finally pressed it to the point of collapse.

In the meantime, however, it managed along with its satellites to achieve cheap housing, fuel, transport and culture, full employment and impressive social services for half the citizens of Europe, as well as an incomparably greater degree of equality and (in the end) material well-being than those nations had previously enjoyed. Communist East Germany could boast one of the finest childcare systems in the world. The Soviet Union played a heroic role in combating the evil of fascism, as well as in helping to topple colonialist powers. It also fostered the kind of solidarity among its citizens that Western nations seem able to muster only when they are killing the natives of other lands. All this, to be sure, is no substitute for freedom, democracy and vegetables in the shop, but neither is it to be ignored. When freedom and democracy finally rode to the rescue of the Soviet bloc, they did so in the shape of economic shock therapy, a form of daylight robbery politely known as privatisation, joblessness for tens of millions, stupendous increases in poverty and inequality, the closure of free nurseries, the loss of women’s rights and the near ruin of the social welfare networks that had served these countries so well.

Even so, the gains of communism scarcely outweigh the losses. It may be that some kind of dictatorial government was well-nigh inevitable in the atrocious conditions of the early Soviet Union; but this did not have to mean Stalinism, or any- thing like it. Taken overall, Maoism and Stalinism were botched, bloody experiments which made the very idea of socialism stink in the nostrils of many of those elsewhere in the world who had most to benefit from it. But what about capitalism? As I write, unemployment in the West is already in the millions and is mounting steadily higher, and capitalist economies have been prevented from imploding only by the appropriation of trillions of dollars from their hard-pressed citizens. The bankers and financiers who have brought the world financial system to the brink of the abyss are no doubt queuing up for cosmetic surgery, lest they are spotted and torn limb from limb by enraged citizens.

It is true that capitalism works some of the time, in the sense that it has brought untold prosperity to some sectors of the world. But it has done so, as did Stalin and Mao, at a staggering human cost. This is not only a matter of genocide, famine, imperialism and the slave trade. The system has also proved incapable of breeding affluence without creating huge swaths of deprivation alongside it. It is true that this may not matter much in the long run, since the capitalist way of life is now threatening to destroy the planet altogether. One eminent Western economist has described climate change as the greatest market failure in history.”

Marx himself never imagined that socialism could be achieved in impoverished conditions. Such a project would require almost as bizarre a loop in time as inventing the Internet in the Middle Ages. Nor did any Marxist thinker until Stalin imagine that this was possible, including Lenin, Trotsky and the rest of the Bolshevik leadership. You cannot reorganise wealth for the benefit of all if there is precious little wealth to reorganise. You cannot abolish social classes in conditions of scarcity, since conflicts over a material surplus too meagre to meet everyone’s needs will simply revive them again. As Marx comments in The German Ideology, the result of a revolution in such conditions is that “the old filthy business” (or in less tasteful translation, “the same old crap”) will simply reappear. All you will get is socialised scarcity. If you need to accumulate capital more or less from scratch, then the most effective way of doing so, however brutal, is through the profit motive. Avid self-interest is likely to pile up wealth with remarkable speed, though it is likely to amass spectacular poverty at the same time.

Nor did Marxists ever imagine that it was possible to achieve socialism in one country alone. The movement was international or it was nothing. This was a hardheaded materialist claim, not a piously idealist one. If a socialist nation failed to win international support in a world where production was specialised and divided among different nations, it would be unable to draw upon the global resources needed to abolish scarcity. The productive wealth of a single country was unlikely to be enough. The outlandish notion of socialism in one country was invented by Stalin in the 1920s, partly as a cynical rationalisation of the fact that other nations had been unable to come to the aid of the Soviet Union. It has no warrant in Marx himself. Socialist revolutions must of course start somewhere. But they cannot be completed within national boundaries. To judge socialism by its results in one desperately isolated country would be like drawing conclusions about the human race from a study of psychopaths in Kalamazoo.

Ideally, socialism requires a skilled, educated, politically sophisticated populace, thriving civic institutions, a well-evolved technology, enlightened liberal traditions and the habit of democracy. None of this is likely to be on hand if you cannot even afford to mend the dismally few highways you have, or have no insurance policy against sickness or starvation beyond a pig in the back shed. Nations with a history of colonial rule are especially likely to be bereft of the benefits I have just listed, since colonial powers have not been remarkable for their zeal to implant civil liberties or democratic institutions among their underlings.

As Marx insists, socialism also requires a shortening of the working day—partly to provide men and women with the leisure for personal fulfilment, partly to create time for the business of political and economic self-government. You cannot do this if people have no shoes; and to distribute shoes among millions of citizens is likely to require a centralised bureaucratic state. If your nation is under invasion from an array of hostile capitalist powers, as Russia was in the wake of the Bolshevik revolution, an autocratic state will seem all the more inevitable. Britain during the Second World War was far from an autocracy; but it was by no means a free country, and one would not have expected it to be.

To go socialist, then, you need to be reasonably well-heeled, in both the literal and metaphorical senses of the term. No Marxist, from Marx and Engels to Lenin and Trotsky, ever dreamt of anything else. Or if you are not well-heeled yourself, then a sympathetic neighbour reasonably flush in material resources needs to spring to your aid. In the case of the Bolsheviks, this would have meant such neighbours (Germany in particular) having their own revolutions, too. If the working classes of these countries could overthrow their own capitalist masters and lay hands on their productive powers, they could use those resources to save the first workers’ state in history from sinking without trace. 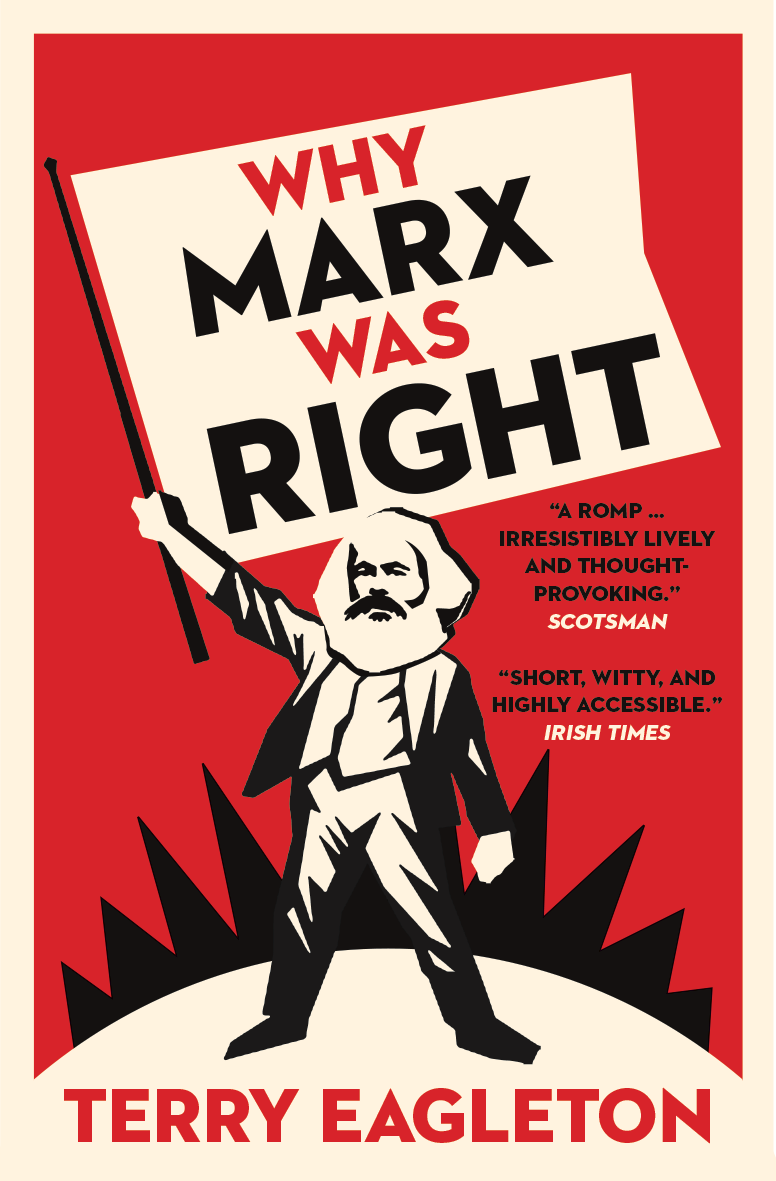 Terry Eagleton is one of Britain’s most influential literary critics. Currently Distinguished Professor of English Literature at the University of Lancaster, he has previously held chairs at such leading institutions as Oxford, Manchester, NUI Galway and The University of Notre Dame in the US. Now resident in Northern Ireland, Eagleton is the author of more than fifty books in the fields of literary theory, postmodernism, politics, ideology, and religion, ten of which are published by Yale University Press, including Why Marx Was Right, Hope Without Optimism, and most recently, Radical Sacrifice.

The Life of a Failed Prophet: Extract from ‘Savonarola’ by Donald Weinstein