We’re thrilled to be publishing Terry Eagleton’s latest work, Radical Sacrifice. Written in Eagleton’s trademark piercing and erudite style, this trenchant analysis uproots the modern idea of sacrifice, and argues that it has long been thoroughly misunderstood. Casting off misperceptions of barbarity, he argues for a radical version which focuses on a turbulent transition from weakness to power, with all the political implications that involves. Read an extract below which discusses ideas of mortality and immortality in relation to the meaning we give to our existence. 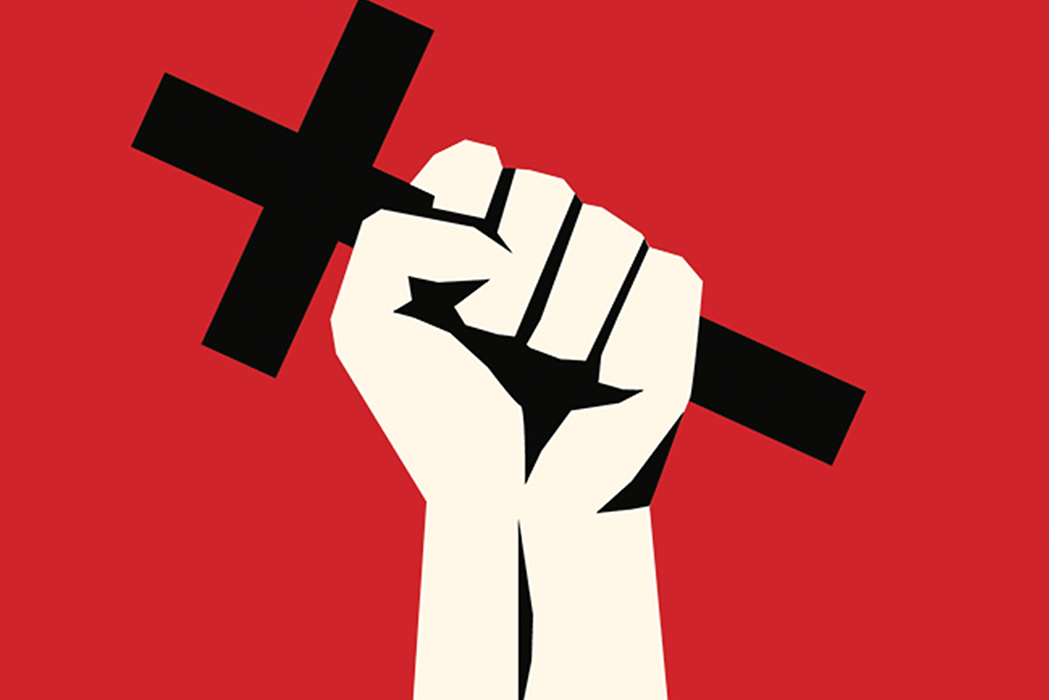 Wanting to live for ever is not necessarily a question of greed. To be greedy is to want more than your fair share, but there is no having one’s fair share of lying by the ocean or playing the clarinet. It may be, as the Epicureans teach, that one should savour such pleasures in moderation, but there seems no reason why one should not practise moderation for all eternity – it could even be a way of getting rather good at it. It may help to assuage our dismay at the impossibility of such eternal delights, however, that even the more functional, apparently essential features of our life have just as little foundation as the more obviously decorative aspects. In fact, there is no necessity to our existence as a whole, a fact that when applied to the cosmos at large is known as the doctrine of Creation. The doctrine concerns not the fact that the world came into existence, but that it did not need to. There are, to be sure, certain necessary features of it – physical laws, for example – but they might always have been different, or not have existed at all. For the idea of Creation, a certain contingency or gratuitousness lies at the heart even of necessity. We should be grateful even for a single moment of existence, then, since there might just as easily have been nothing. Death is the final, humiliating confirmation that the universe, far from owing us a living, has no regard for us whatsoever. Stephen Mulhall has written of seeing each thing in the world as if the world as a whole were their backdrop, but this is not to see them as grounded in some cosmic necessity.1 On the contrary, he means seeing them as sharing in the radical contingency of Creation itself. Only by thus acknowledging their perishability can we truly savour their value, like the mournfully, orgasmically burst grape of Keats’s ‘Ode to Melancholy’.

All the same, it is not entirely unreasonable to believe that one might live for ever. If human existence were a field with visible frontiers or precipitous edges, the idea that one might simply keep ploughing ahead, with no grand finale in sight, would seem mere wishful thinking. Yet since there are no such boundaries to one’s existence as grasped from the inside, it seems capable of stretching endlessly away on all sides. Even the most shapely of biographies or doggedly purposeful of careers remains blurred at the edges and mired in contingency. It is an open text rather than an achieved artefact. ‘Our life’, writes Ludwig Wittgenstein, ‘has no end in just the way our visual field has no limits’, and the moment of the end of life is not for Wittgenstein something we can experience.2 It is true that these limits may begin to make themselves felt in old age, as one’s strength starts to fail and mortality makes its presence felt as an internal frontier. For the body to be mortal means for it to bear its ultimate undoing within itself. Giuseppe Tomasi di Lampedusa writes in his novel The Leopard of a young couple for whom death is ‘not an experience which pierced the marrow of their bones’, simply an event that happened to others. For the young, death is more like a rumour of insurrection in a foreign land than a disease brewing in the blood. They do not see the self-loss it entails as prefigured here and now in the lack that is desire, or in the ceaseless act of negation by which the human subject projects itself into a future. They are not especially conscious that ‘we carr[y] our death within us as a fruit bears its kernel’, as Rainer Maria Rilke writes in The Notebooks of Malte Laurids Brigge.

Yet even this literal internalising of one’s mortality is not enough to throw one’s existence as a whole into relief. It is the fact that life cannot be totalised that makes death seem so unreal, since there is no perceptible frontier beyond which it might be lurking. Gianni Vattimo remarks in The End of Modernity that the human subject can grasp itself as a whole only in relation to the event of its ceasing to be, which is to say that it can found itself only upon its groundlessness, but it is surely doubtful that the thought of death lends coherence to one’s life in this sense.3 Besides, our identities are too much in the keeping of the Other for them to figure as integral for ourselves, and thus for us to have any very clear sense of their finitude. At the same time, the lack of self-possession that results from being in the custodianship of the Other is a foretaste of death itself. Celebrity, which can bring with it the sense of an outside to oneself that eludes one’s grasp, intensifies this sense of non-self-identity and as such allows one not a taste of immortality but exactly the opposite. That which is wholly self-identical has no need to die.

The irony, however, is that death cannot be totalised either. One is always to some degree a stranger to one’s death, unable to get a grip on it from the outside; and this is one of several respects in which it figures as a consummation of one’s life, which similarly evades our grasp as an intelligible whole. ‘Death’, writes Slavoj Žižek, ‘is precisely that which cannot be included into any totality. Its meaningless facticity is a permanent threat to meaning.’4 Or as Quentin Meillassoux insists, death is the ultimate refutation of subjective idealism, since ‘I think myself as mortal only if I think that my death has no need of my thought of death in order to be achieved’.5 Rather as farce reduces human action to mere physical motion, so a corpse is a parcel of flesh from which meaning has haemorrhaged away, leaving it an inert lump of matter. It is no longer capable of generating sense, even though it may hold the most momentous significance for others.

Death draws a line under one’s life, but it does not thereby invest it with a determinate direction, central meaning or aesthetically gratifying shape, so that one’s existence continues to seem unbounded and death, in consequence, is bound to appear notional. One’s death is both an absolute certainty and the very prototype of pure abstract speculation, like an ominous rumour picked up at second or third hand – unsettling but remote enough to shelve at present and attend to later. How can one experience as real an event which undercuts the reality of experience? Thomas Aquinas thought that the mind was incapable of seizing upon the concept of Creation because it was unable to grasp the notion of nothingness, nothingness being the only background against which the Creation as such might swim into view. If one’s existence is similarly hard to get in one’s sights, it is partly because, death being no more than a speculative affair, one really has nothing definitive from which to mark it off. And if the end of life can loom up as unreal, so can life itself when contemplated in the light of that cutting off. Anything that can vanish so irretrievably at any moment, however apparently substantial, is bound to have a smack of illusion about it, like a stage performance the very flamboyance of which (the sumptuous costumes, the glare of the lights, the larger-than-life gestures) seems designed to disavow the fact that it will imminently disappear. 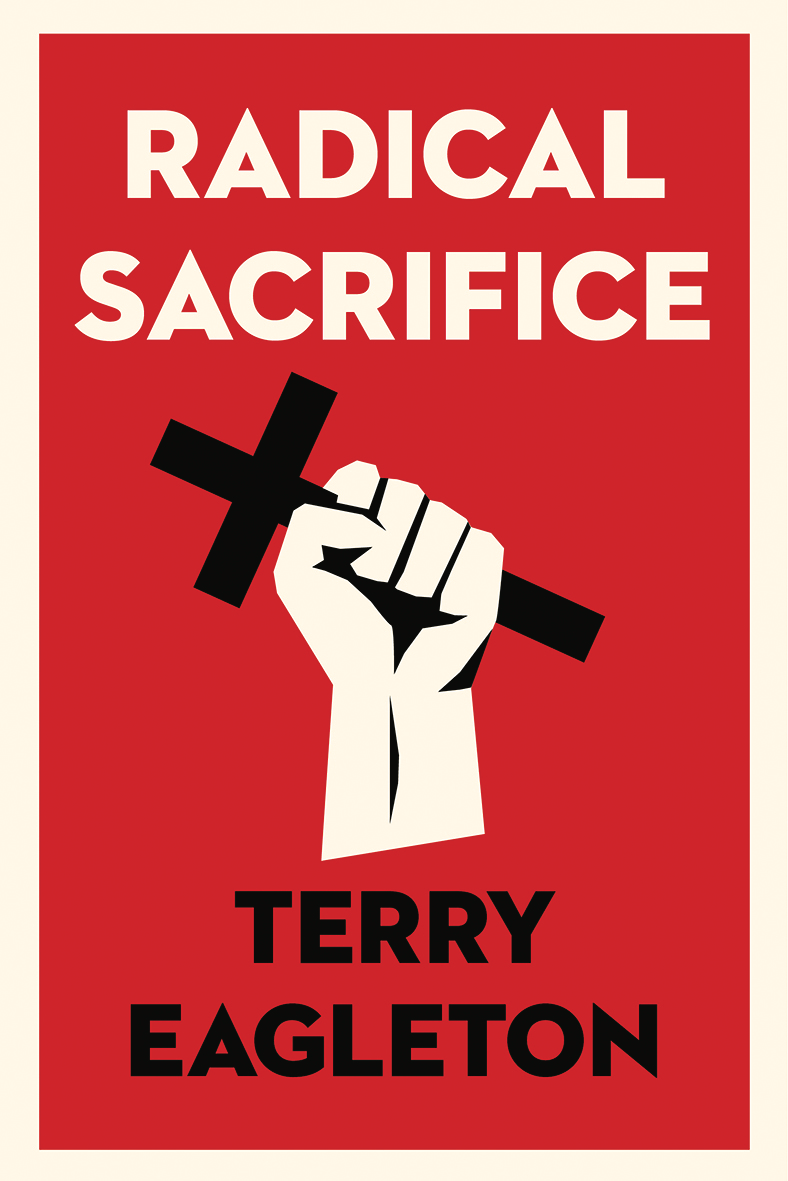 Terry Eagleton is one of Britain’s most influential literary critics. Currently Distinguished Professor of English Literature at the University of Lancaster, he has previously held chairs at such leading institutions as Oxford, Manchester, NUI Galway and The University of Notre Dame in the US. Now resident in Northern Ireland, Eagleton is the author of more than fifty books in the fields of literary theory, postmodernism, politics, ideology, and religion, ten of which are published by Yale University Press. including Why Marx Was Right, Hope Without Optimism, and most recently, Radical Sacrifice.

Translated into English for the first time, Norman Manea’s The Lair explores the human condition of exile, love, isolation and…