Charlotte Salomon (1917–1943) was a German-Jewish artist who grew up during the Weimar Republic and whose interest in drawing and painting coincided with the rise of Nazi power. In 1936 she was accepted to the State Art Academy in Berlin – it allowed only 1.5 percent of the students to be Jewish. From 1941 to 1942, while living in exile in France, Charlotte Salomon created her life’s work: a cycle of paintings which she called Leben? oder Theater? or Life? or Theatre?. A year later, she died at Auschwitz aged twenty six. Charlotte Salomon’s private and public worlds were full of shadows – a family history of suicide and sexual abuse – and the overarching threat of Nazi control. Instead of taking her own life, she made a decision, to ‘undertake something wildly crazy’, as she put it, and produced one of our most complex modern artworks.

In her major study of the artist, Griselda Pollock sheds new light on Charlotte Salomon’s monumental modernist artwork, Life? or Theatre? – its remarkable combination of image, text and music – and reveals a wealth of references to cinema, opera, Berlin cabaret and Salomon’s engagement with artists such as Van Gogh, Munch and Kollwitz.

Pollock draws attention to affinities in Charlotte Salomon’s art with that of others who shared her experience of statelessness and menaced exile in Nazi‑dominated Europe, including Hannah Arendt, Sigmund Freud and Walter Benjamin. She also confronts new evidence for the extremity of the young artist’s last months – examining her work for its equally profound testimony to the crimes of the everyday: the sexual abuse of women in their own families.

Charlotte Salomon and the Theatre of Memory – from the Introduction

‘I might answer the question ‘Who was Charlotte Salomon?’ by providing the information that Charlotte Salomon was born in Berlin on 16 April 1917 into a professional middle-class German-Jewish family and came of age and trained in art in Nazified Germany during the 1930s. I can tell you that she escaped Berlin under cover on the strength of a two-month vacation pass and fled Germany alone in December 1938 to live with her equally exiled grandparents in Villefranche, near Nice, in the south of France. I might add that as a Jewish woman, she was a victim of racialized genocide when she was murdered in Auschwitz-Birkenau on 10 October, 1943. These facts tell us what she was, not who she was. They place her in categories she might share with others, with social classes, ethnicities, genders, historical victims, and so forth. Had she wanted to find a what-ness, Salomon would neither have undertaken an artwork at all nor would she have produced one that involved the fact of narration addressed to a ‘you’ while taking on many personae created as her partners in this quest for what she understood as her missing name.’

‘As a stateless exile from a persecuted minority whose annihilation was secretly engineered by those who politically and militarily controlled the life-world of this artist, the artist had no name – or place to be – at that point; Charlotte Salomon was being forced to know herself only as a what, a refugee, a Jew, a ‘thing’ to be officially exiled from the human community. Her work, however, examined those relations by which a unique life (still to become its own life) was shaped so as to know itself under circumstances of both existential self-unknowing and the historical extremity that threatened her very existence. Both conspired to make not living – suicide – an option.

The question of ‘who’ Charlotte Salomon was can thus be illuminated by the understanding of narration as a political act; this deflects us from accepting narrativity in her work to tempt us to read it as the recounting of an already given biographical subject bearing the name Charlotte Salomon.’

‘Leben? oder Theater? in the form it takes as a painting – spatialization and visualization – performs narration visually (and is not just a narrative) in strikingly original ways. There is a relay between the profound undoneness of a subjective namelessness experienced by the artist who undertook her artworking to find a name by telling stories and what I am identifying as the theatre of memory that was produced to do this very thing. The work was invented to enact such a theatre of memory that would play out before the subject whom its creator might become through its making in the imagined presence of others.’

‘The artist invented a form of art, deeply modern in all registers of sound, image, sequence and process, to imagine and visualize spaces and figures for the fictional exploration of the inner world of others in the face of life’s fragility and the lure of death. It performed the journey that staged events not directly known to or experienced by the painter, events that had happened to others and about which the painter had been told. Some were stories; others suspected secrets exposed in revelations. Yet others had to be invented. It touched on subjectivities, specifically of women evoked by painting with words and music in the theatre of invented memory: not memories of, but memory for, those otherwise unremembered. Three of them were dead by their own had at the time of the inception of the painting project. The fourth was a singer with a resonant, deep mezzo-soprano voice associated with Bach’s chorales and above all Carmen’s song and Gluck’s aria of Orpheus’s lament for Eurydice. Suspended between the fascination with, and obligation to, these either morbid or luminous femininities, and the narcissistic and brutal masculinity of one of the masculine characters, as well as the narcissistic but ultimately liberatory and Dionysian masculinity of another, a painting voice signing itself CS explored the conditions of living, dying and making art c. 1940.’ 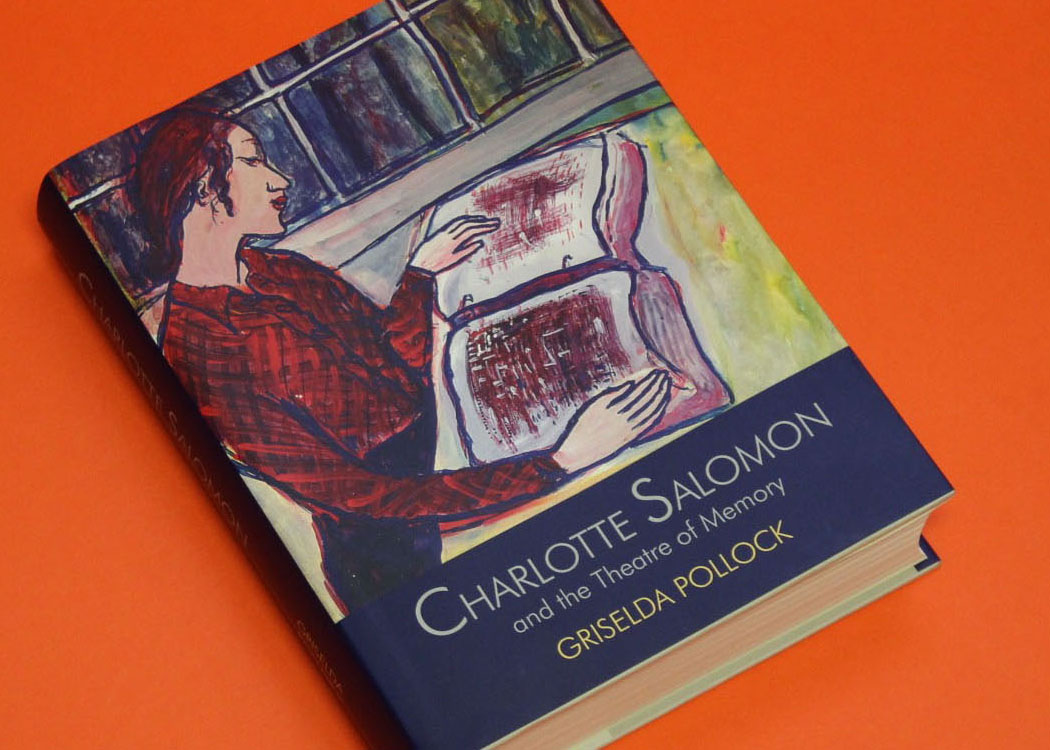 Griselda Pollock is professor of the social and critical histories of art in the School of Fine Art, History of Art and Cultural Studies at the University of Leeds.