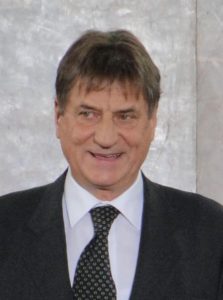 As we near the publication of Journeying, Claudio Magris’s third book in translation with YUP, it seemed timely to present our readers with a summary of his career.

A writer’s writer and a reader’s traveller, Claudio Magris completed his studies at the University of Turin, where he also taught from 1970 to 1978. Thereafter he taught German literature at the University of Trieste. His numerous studies have promoted central European culture and the literature of the “Habsburg myth.” He has translated works by Norwegian playwright Henrik Ibsen as well as works by Heinrich von Kleist, Arthur Schnitzler, and many other German-language writers. His novels—including Danube,  A Different Sea, and Microcosms (winner of the Strega Prize)—explore many of the same topics as his academic work. In 2004 Magris won the Prince of Asturias Award for Letters.

Danube, considered Magris’s magnum opus, was described by Richard Flanagan in the Guardian as a “timely elegy for lost Europe“, and this theme continues in each of Magris’s books for the Margellos World Republic of Letters. 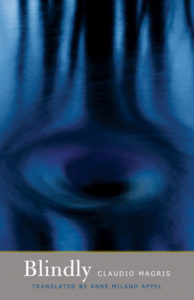 Who is the mysterious narrator of Blindly? Clearly a recluse and a fugitive, but what more of him can we discern? Baffled by the events of his own life, he muses,

“When I write, and even now when I think back on it, I hear a kind of buzzing, blathered words that I can barely understand, gnats droning around a table lamp, that I have to continually swat away with my hand, so as not to lose the thread”.

Claudio Magris, one of Europe’s leading authors and cultural philosophers, offers as narrator of Blindly a madman. Yes, but a pazzo lucido, a lucid madman, a single narrative voice populated by various characters.

He is Jorgen Jorgenson, the nineteenth-century adventurer who became king of Iceland but was condemned to forced labour in the Antipodes. He is also Comrade Cippico, a militant anti-communist, imprisoned for years in Tito’s gulag on the island Goli Otok. And he is the many partisans, prisoners, sailors, and stowaways who have encountered the perils of travel, war, and adventure. In a shifting choral monologue – part confession, part psychiatric session – a man remembers (invents, falsifies, hides, screams out) his life, a voyage into the nether regions of history, and in particular the twentieth century. 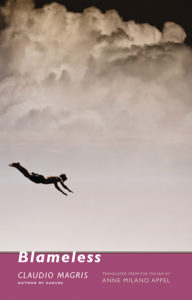 Blameless, his second novel with the Margellos series ruthlessly confronts the human obsession with war and its savagery in every age and every country.

His tale centers on a man whose maniacal devotion to the creation of a Museum of War involves both a horrible secret and the hope of redemption. Luisa Brooks, his museum’s curator, a descendant of victims of Jewish exile and of black slavery, has a complex dilemma: will the collections she exhibits save humanity from repeating its tragic and violent past? Or might the display of articles of war actually valorize and memorialize evil atrocities?

In Blameless Magris affirms his mastery of the novel form, interweaving multiple themes and traveling deftly through history. With a multitude of stories, the author investigates individual sorrow, the societal burden of justice aborted, and the ways in which memory and historical evidence are sabotaged or sometimes salvaged. 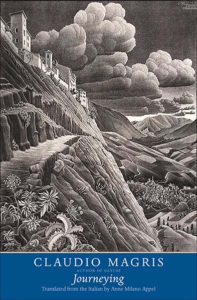 In Journeying, his third book with YUP, (publishing 15th May), Magris returns to the travelling theme of his 1986 classic Danube; the kind of journey “that occurs when you abandon yourself to the gentle current of time, and to whatever life brings”.

Selecting writing from trips and wanderings over the span of several decades, Magris travels from Spain to Germany to Poland, Norway, Vietnam, Iran and Australia, recording particular moments and places through his personal lens. In one chapter he investigates Raskolnikov’s landing, the squalid St. Petersburg apartment where Dostoyevsky wrote and set Crime and Punishment, in another he joins the melange of an Oxford Street English language school.

The Discovery of An American Icon: Extract from ‘Jackson Pollock’ by Evelyn Toynton