Described as ‘intellectually luminous, psychologically penetrating, existentially anxious, and wonderfully funny’ by Zadie Smith, Devorah Baum’s Feeling Jewish: A Book For Just About Anyone explores what it means to feel Jewish – even when you’re not. Exploring why Jews have so often been depicted, both by others and by themselves, as prone to ‘negative’ feelings, she argues that because our complicated world leaves countless people feeling marginalised, uprooted, and existentially threatened, such ‘Jewish’ feelings are increasingly common to us all. We chatted to her about what it’s like to be a debut author writing on this subject, and what she hopes readers will take away after reading her book. 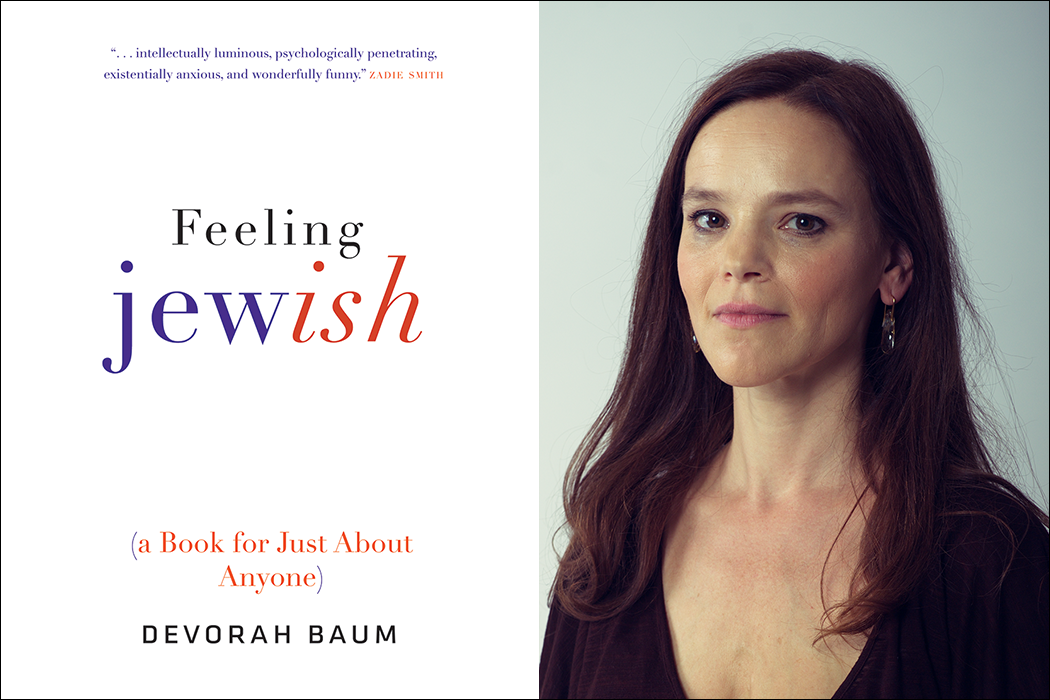 1 . Your book’s subtitle is ‘a book for just about anyone’. In these divisive times, why do you think Feeling Jewish is something we can all relate to?

The idea of the book is that everyone these days is feeling a little like the way Jews have felt throughout the entire modern period: hyper-connected but insecure, both at the centre of the maelstrom and always an outsider to it, uncertain, marginalised, labile, mobile, even if you stay put.

Throughout modernity, Jews have been subject to a great deal of suspicion and scrutiny and a swirl of unanswerable questions about their identity and belonging. In a fast-changing, globalised, “Facebook world”, these questions and uncertainties are ones that I suggest more and more of us have come to share – along with the insecurities and feelings that can accompany them, like self-hatred, envy, guilt, paranoia, to name a few I look at in the book. In the literature I analyse, these feelings have been quintessentially associated with the Jewish experience, and it places Jewishness at a kind of vanguard for understanding them, now that they’re ever more widespread. So I take examples from books, films, people’s lives, to find out how we’re living these feelings out, and maybe figure out how to live with them better, find out if perhaps they’re not as negative, toxic or unwelcome as they might appear to be at first. Perhaps they’re actually quite necessary and useful, if we can admit them.

2. What do you think readers will take away after reading your book?

Perhaps an understanding of the way in which feelings can’t be commanded; they escape us, and so become shared whether we like it or not. Likewise, I hope readers find a new sense of the nature and significance of their feelings and a renewed willingness to admit those feelings to themselves and to feel them, no matter what their feelings might be. It’s my hope as well that in so doing they may find that they feel things differently – and thus could feel themselves moved accordingly. Those probably sound like rather dramatic hopes for one small book, but hey, why not dream big?

3. You recently co-directed a documentary feature film The New Man. Tell us a bit about that.

My husband Josh Appignanesi is a filmmaker – this is the first film I’ve co-directed . We started charting a part of our own lives on camera – the part where we became parents. It was at times an unbearably intimate, odd and for me unexpected thing to do, but ultimately it proved a very fertile one. We started to feel it was more than just a personal project, that it reflected a zeitgeist, the big changes in the way our generation are having children today. The medical stuff, the later age, all that, but focussing especially on the way it plays out in a marriage, how it plays out in these conspicuously gendered ways that are frequently at odds with our espoused politics. And there hadn’t really been a film charting that in an intimate lived way before, and people really seemed to respond to that. It was in theatres and now you can rent it on Amazon and iTunes.

4. As a debut author, what advice do you have for other aspiring writers?

I recently wrote a blog for Yale US about writing and self-hatred – a theme familiar to many writers, aspiring or otherwise. I said that deep within many a would-be writer you can find a bullied state of self-consciousness in the person of an intimidated child looking up at the giants and wondering “who am I to speak?” It’s a question that imagines a world divided between actual authorities and the pretender or imposter whom the writer assumes herself to be. So my advice to writers –including, continually, the writer that is myself – is that the real freedom of the blank page resides in its total negation of authority. Who are you to write? Nobody at all. It’s the sole reason that you can write.

5. Are there any writers that particularly inspire you?

I’m fortunate to be friends with several very talented writers who constantly inspire me, not least because I see what they go through to make their work really work. But I also teach literature at university so I’m conscious of the way in which every writer can become an influence or a sort of spell one is under. If I’m reading or teaching Henry James, for example, I find myself writing emails in long, more formal and densely nuanced sentences than I perhaps would otherwise. Or if you’re in an Emily Dickinson phase, you’re liable to become a little freer with your dashes – which is all to the good.

But lately I’ve been particularly inspired by a writer whom I’ve admired for years: the psychoanalyst Adam Phillips. His latest book In Writing is inspiring in lots of ways. He suggests, for instance, that writing can be a source of unmitigated pleasure that needn’t necessarily be served up with a side portion of masochism. Who knew? And he also mentions a detail about his own writing process that I find incredibly inspiring: that when he writes something that he isn’t completely sure about, but which he still finds interesting, he leaves it in. So being a writer needn’t require one to preside over one’s writing imperiously, like an Author. Surely there can be few things more inspiring to a writer than a notion like that. 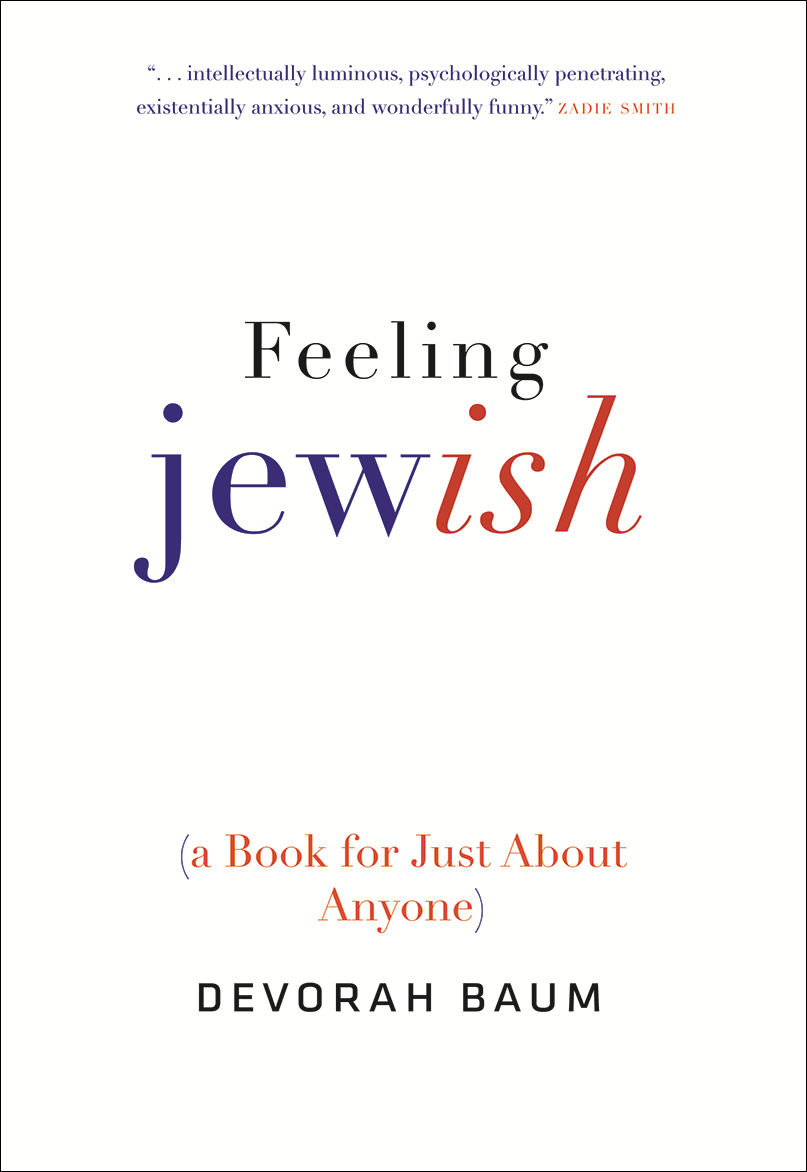 Devorah Baum is lecturer in English literature and critical theory, University of Southampton, and affiliate researcher with the Parkes Institute for the Study of Jewish/Non‑Jewish Relations. She is the co-director of the creative documentary feature film The New Man.

Feeling Jewish: A Book for Just About Anyone is available to purchase here.

The Narrow Edge: Bay of Plenty

The Narrow Edge: A Tiny Bird, an Ancient Crab, and an Epic Journey follows the extraordinary migration of red knots…