The Warner brothers formed one of the most iconic and powerful movie studios of the 20th century, delighting audiences with many now classic films such as Casablanca, East of Eden and Bonnie and Clyde. The brothers – Harry, Albert, Sam and Jack – arrived in America as unschooled Jewish immigrants, transforming themselves into the moguls and masters of American fantasy.  In the latest addition to the Jewish Lives series, Warner Bros: The Making of an American Movie Studio, film critic and author David Thomson explores their story. Below is an extract from the chapter ‘What Are Brothers For?’ chronicling the sibling rivalry between the brothers, and the similarities drawn between them and their work on the movie adaptation of Steinbeck’s East of Eden.

One of the most disconcerting films about brothers ever made in America came from Warner Brothers. There is something indecent in its fable, it is so nakedly revealing of an eternal sibling hostility that responds to no moral code. And I am not surprised it came from Warners. Sibling rivalry was their thing.

The film is East of Eden (1955), drawn from the John Steinbeck novel, and before that from the mythic contest of the first two children on earth, Cain and Abel. In that Bible story, the two sons of Adam and Eve fall out, without any clear reason being offered. Is it that brothers are driven by nature to tend that way? The Lord looks upon Abel with respect, but he has no similar feeling for Cain, which prompted “wroth” in that brother, and then murder. Why is Cain regarded so unfairly? Just because he is not Abel?—or was God trying to be a scriptwriter?

When the director Elia Kazan proposed East of Eden to Jack Warner as a film project, he found that Warner “hadn’t read the book, didn’t propose to, didn’t even ask what it was about, and didn’t ask whom I was going to cast. What he did ask was: ‘What’ll it cost?’ ‘About one six,’ I said. ‘You’ve got it,’ he said. ‘Cast who you want. Come and have lunch with me.’ ”

In the Steinbeck novel, Charles and Adam Trask are deeply opposed half-brothers. They encounter a young woman, Cathy, who is as close to evil as Steinbeck or the American novel ever came. And Steinbeck was of German descent, Episcopalian. Cathy has killed her own parents and become a prostitute. The half-brothers rescue her, and Adam marries Cathy, without realising that Charles has had her sexually. Cathy will give birth to twin sons, though the possibility is left hanging in the novel that the two sons come from the half-brothers.

Once she has delivered her twins, Cathy shoots Adam and leaves him with the new sons. Adam makes a ranch in Salinas, and Cathy goes away to Monterey. Those two places are only twenty miles apart, but in the biblical mood of the novel they are distant, so that Adam and his sons do not know that Cathy is alive still. Twinning in the novel is elemental and philosophical, and suited to the rivalry of brothers torn between some old order and new ways ahead. East of Eden may be the best Bible story Hollywood ever made, so compelling that it shrugs off any conventional attempt to be moral.

East of Eden is hideously unfair special pleading. Aaron is a prig, but no worse, and the action removes him from the arena, leaving the melancholy, self-centered Cal not just in charge but as the focus of attention. Dean’s performance helped crystallize the new psychic yearning of teenagers as much as Elvis Presley would a year later. This rapturous male weepie is driven by the neediness of its director, Elia Kazan, a self-conscious outsider who sought revenge for himself. Kazan was a magician with actors, and that shows in the stealthy, emerging feelings of James Dean. But I don’t know another film anywhere that so directly understands the way one brother might need to vanquish the other. And the censors let it pass—but Warner Brothers had a good record at finessing censorship.

You can say this is mere coincidence and too little as a basis for any theory that might be applied to Warner Brothers, the company that insisted on sibling status in its very name. Still, Cain and Abel is the first murder story in the Bible, and this film came at a crucial moment in the story of Harry and Jack Warner.

East of Eden (which was very successful) could have come from other studios. But that is just a way of suggesting how so many movie stories have a persisting pattern of mythic emotional forces acting out family antagonisms. The Warner Brothers were like other studios in that instinct, but they did not want to escape a vein of fraternal opposition, the good and the bad working themselves out. The Searchers does not seem to be a Jewish film, but it begins in a smothered rivalry between brothers. More to the point (just because the antagonism is so much less emphatic), The Jazz Singer (the historic turning point for Warner Brothers) is about the struggle in one character to be both Jewish and American, a cantor’s son and a sensational entertainer in vaudeville.

Not that all show business brothers were dogs prepared to fight. Joel and Ethan Coen have got on very well now for decades. George and Ira Gershwin are proverbial for the harmony of male siblings. The Epstein brothers, Philip and Julius, wrote together—they did a lot of Casablanca as a team, and that is a film in which ostensible rivals, Rick and Laszlo, become brothers in the fight for freedom, just as Rick and Louis Renault stroll off into the fog at “the start of a beautiful friendship.”

On the other hand, Joseph L. Mankiewicz once told me that it was only possible to understand his life by grasping the ceaseless rivalry he had felt with his beloved brother Herman. David and Myron Selznick—producer and agent—were locked in a similar competition. Myron held on to a share of Gone With the Wind just to prove his brother had been a chump in selling out. Two sisters, Joan Fontaine and Olivia de Havilland, hardly liked to be reminded of each other.

You may say that these anecdotes are just natural struggles for power, comparable with feuds or skirmishes in any walk of life. After all, we may resent, rival, and hate the people we are related to (where else are we going to go?)—it’s the same impulse that’s involved in love. But the movie business of its own great days was uncommonly affected by these competitions just because they told the stories. 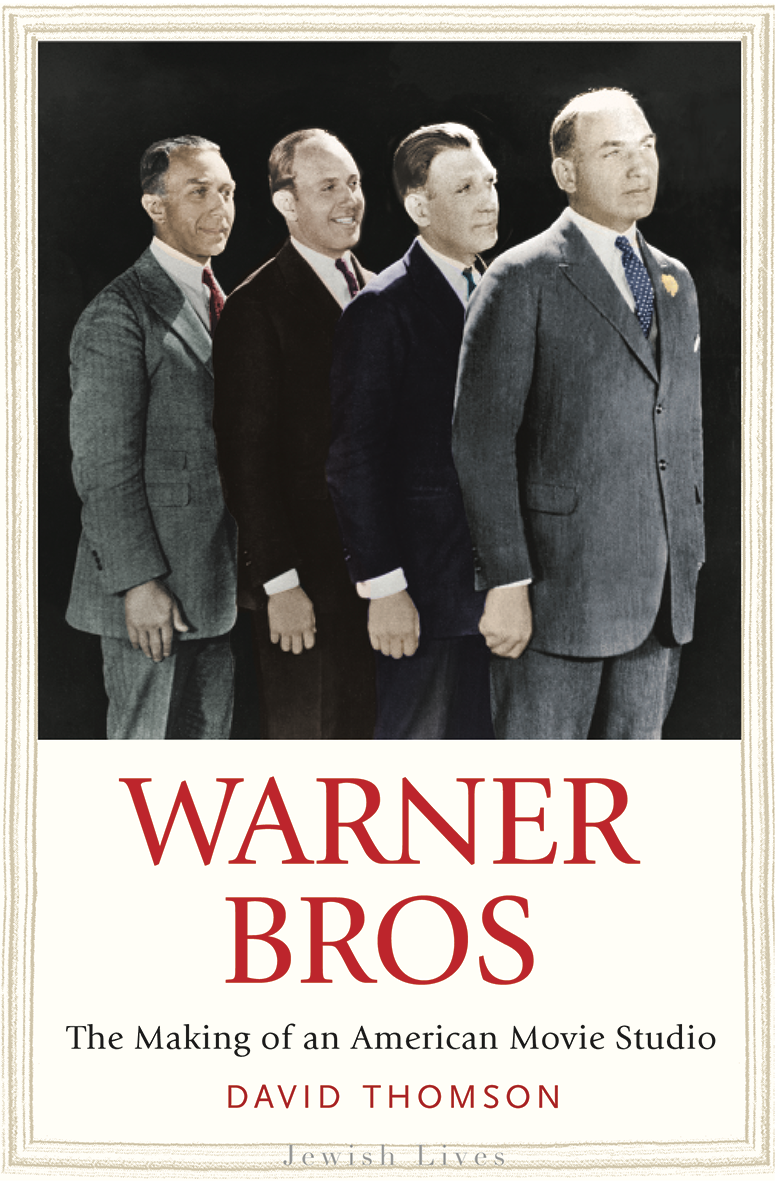 David Thomson is a film critic and historian, and the author of more than twenty books, including The Biographical Dictionary of Film, now in its sixth edition, and Why Acting Matters.

The fact that the daisy grows in so many places — native to western, central and northern Europe,…