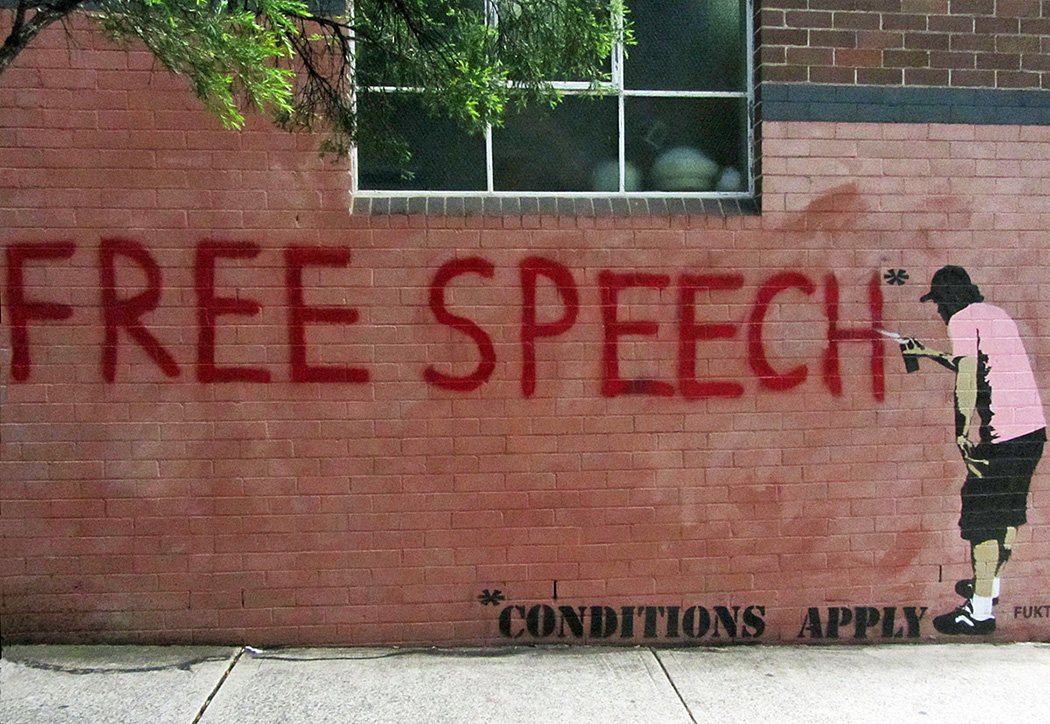 Can public universities use concerns about violence to deny requests to have white nationalists speak on campus? Recently, the University of North Carolina at Chapel Hill joined Michigan State, Penn State, the University of Florida, and Texas A&M in denying a request by white nationalist Richard Spencer to speak on campus. In denying the requests all the campuses reiterated their commitment to free speech but said that, in the aftermath of Charlottesville, the risks to public safety outweighed the obligation to promote robust dialogue and debate. As Penn State president Eric J. Barron put it in a campus message, “the First Amendment does not require our University to risk imminent violence.”

Do universities have the right to exclude a speaker on this basis?  In short, no, but that does not mean that campuses must or should become places for violence.

First, the basics. The First Amendment prohibits public universities from censoring or punishing the mere expression of ideas on campus.  Although not legally required, private colleges and universities should also treat protection for the expression of ideas as central to their mission. This includes protection for ideas considered offensive, dangerous or even hateful.

The temptation to ban or punish has been used at various times in history to prevent people from advocating abolitionism, Darwinism, labour rights, resistance to war, socialism and communism, and civil rights protections.  We have learned the hard way that, unless we protect the right to express any idea, the power of the censor will inevitably be used to disastrous effect.

Of course, free speech is not absolute.  If a circumstance meets the legal definitions of incitement, harassment, and true threats then the speech is not protected.  But all of these exceptions have in common that the mere expression of an idea is not enough to trigger the exception.

Second, while some exceptions to free speech rights contemplate limits based on concerns about violence, it is not permissible for public universities to treat hateful speech as inherently violent and thus unprotected, or to use threats of violence in advance of an event as a basis for a blanket refusal to schedule an event.  For example, in April, federal district judge W. Keith Watkins rejected Auburn’s argument that a speech by Richard Spencer would be unsafe, finding no “imminent threat” to the campus, and the event took place, with three protesters arrested.

In particular, campuses cannot allow opponents of certain views to prevent the expression of those views on the grounds that they will violently engage those who promote hateful messages.  Accommodating such a “heckler’s veto” would empower any group to prevent certain views from being expressed merely by threatening violence.  Under these circumstances, campuses must make it clear that there will be no toleration of violence and anyone engaged in violence will be held accountable.

Third, campuses have many options available to them to ensure that they remain battlegrounds of ideas without becoming actual battlegrounds.

We should not confuse the requirement to protect the expression of all ideas with the need to stand helpless when mobs gather for the purpose of initiating or provoking violence.  Groups of people do not enter campuses with bats, helmets, shields, masks, pepper spray, and body armour to listen to a lecture. Campuses may exclude people who are so prepared and may act quickly to declare an unlawful assembly as potential confrontations are developing.

Campuses can also insist on venues where it is easier to control crowds, ensure ingress and egress, establish security checkpoints, and keep disputing groups apart. If such venues are not available on the preferred date and time of a sponsoring group, then groups must be willing to work with campuses to find a mutually satisfying time, with the understanding that campuses cannot pick a date and time that is designed merely to prevent audiences from attending. Campuses can also use required ticketing as a way to control access.

There has been much talk the past few years about “safe spaces” on campuses, and there is reason to criticise those who invoke the concept as part of an attempt to censor or punish the mere expression of objectionable views. At a college or university, there can be no such thing as an unsafe idea, because the very point of creating colleges and universities is to bring people together for the purpose of developing and assessing ideas.

But the fact that we can criticise some talk of “safe spaces” should not lead us to conclude that it is permissible for campuses to become genuinely unsafe places for education and research.  Colleges and universities cannot do their work in the world if the exchange of ideas regularly leads to the exchange of blows. 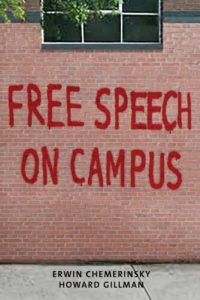