In Fishing: How the Sea Fed Civilization, Professor of Anthropology Brian Fagan argues that fishing was an indispensable and often overlooked element in the growth of civilization. Below Fagan explores the idea of overfishing, and how it may affect the future of our food.

Sustainable catches. These magic words now appear on many higher-end restaurant menus. Many top chefs and organic markets are working with fisherfolk to handle only catches from maintainable fisheries. This is wonderful and socially responsible, but how does this move stack up against the bigger picture of severely depleted oceans and a potentially fishless future? As history tells us, the global fisheries crisis has been developing for many centuries, yet we live with a long-term assumption that the seas are an infinite bounty for the taking. After all, English fisherman Izaak Walton of The Complete Angler fame remarked three-and-a-half centuries ago that ‘The Water is more productive than the Earth.’ He was merely following established Biblical doctrine. Many of us still believe him, and we’re wrong to do so.

Walton praised the qualities of a successful angler: ‘Diligence, and observation, and practice.’ Millions of people still catch their food in solitary quests with hook and line, or with casting nets. They pit their wits against elusive, often virtually invisible prey, relying on infinite patience and carefully nurtured powers of observation. Traditional fishing, based as it is on our unique human qualities of opportunism, is an art. But today most of the fish we consume comes either from industrial-scale fishing or from aquaculture – fish farms. We’re caught between two worlds, that of the artisanal and recreational fisher and the massive anonymity of industrial fishing conglomerates, which have depleted the world’s oceans to the point that the sustainability of many fisheries is in serious doubt. In an era of rapidly growing cities and rising populations, virtually fishless oceans are a potential reality.

Overfishing is, of course, nothing new. The Ancient Egyptians, who relied heavily on dried fish as rations for commoners and nobles alike, and to build the pyramids, suffered from shortages of catfish and mullet. Roman markets sold rare large fish at premium prices, so most people relied on smaller species, which also became garum, the ubiquitous fish sauce that had as many vintages as wine. Both Egyptians and Romans, as well as the Chinese, turned to fish farming to guard against poor catches as early as 2500 BC. But they faced nothing like the devastation of the oceans that we are experiencing today.

The modern era of depletion began about a thousand years ago, when the informal dried cod trade centered on Norway and Iceland suddenly turned into an international enterprise. Gadus morhua became not a catch, but a commodity. The Atlantic cod trade overfished Europe, then expanded into Newfoundland, Canadian, and New England waters. The wealth generated by this fishery was enormous, the catches seemingly “inexhaustible manna.” But they were not. By the early nineteenth century, the effects of overfishing were felt from Norway to New England in the face of long-lining, which took even larger catches. Diminishing yields sent fishers out from mother ships in open dories on the Grand Banks. Then bottom trawls came into widespread use.

Bottom trawls became commonplace as demand for fish skyrocketed, especially with the advent of railroads that carried catches packed in ice far inland. Add steam power, then the internal combustion engine and diesel-powered trawlers and the destructive die was cast. Now fishing boats could stay at sea longer and power against the wind. With more efficient deep-water trawls, the catches made by steam trawlers were six to eight times larger than those taken under sail. The damage to the sea bed was catastrophic and widespread, while purse seines harvested such smaller fish as herring and menhaden.

As catches plummeted close to home, fishing boat owners invested in larger, expensive trawlers and followed the classic, and ancient, strategy of moving to new fishing grounds. After the World War II, industrial-scale fishing expanded into a global enterprise. Japan and the Soviet Union maintained large fishing fleets which ventured far from home and moved into deeper, more remote waters. Today, fish landings dwarf those of earlier times, but the damage from industrial fishing is irreversible. Today, small-scale subsistence fishing is still vital to the food security of developing countries, especially in tropical and Pacific regions. But where will their catches come from? And what will happen to fish-loving city folk when the remote oceans are also stripped of their marine life?

Many chefs make a point of serving only fish from sustainable, often artisanal fisheries, but the problem is how to find them in the face of mushrooming demand from restaurants. Unsustainable fish stocks can be rebuilt to sustainable levels only by strict management. But there is little room for expanded production in a world where nearly a third of fish stocks are being harvested at unsustainable levels. We forget that ten productive fish species account for about 24% of world marine catches. In 2011, a third of the Pacific tuna stock was fished at unsustainable levels. Yet the demand for tuna is growing. You have only to visit Tokyo’s Toyosu fish market with its tuna auctions to get the point.

Where does the future lie? Vast ocean reserves might be a solution, but they are rare and hard to administer. Perhaps aquaculture, a legacy from the past, is one of the answers. Nearly half the fish consumed in Asia are now farmed. Within a few generations, almost all the fish eaten on earth will be raised in captivity. A strategy adopted by the Ancient Egyptians, the Romans, and the Chinese may well supersede over a million years of fishing in the wild. Tomorrow’s foodies will probably have to be content with high quality farmed fish. Such catches are just not the same.

We humans have always been brilliant opportunists, a quality that has made us successful fishers. We’ve always moved elsewhere when catches shrink. But ancient strategies of movement and opportunism no longer work as well as they did in the past. We have barely begun to consider the alternatives in a world where most of us are unaware of the silent crisis beneath the ocean’s surface. 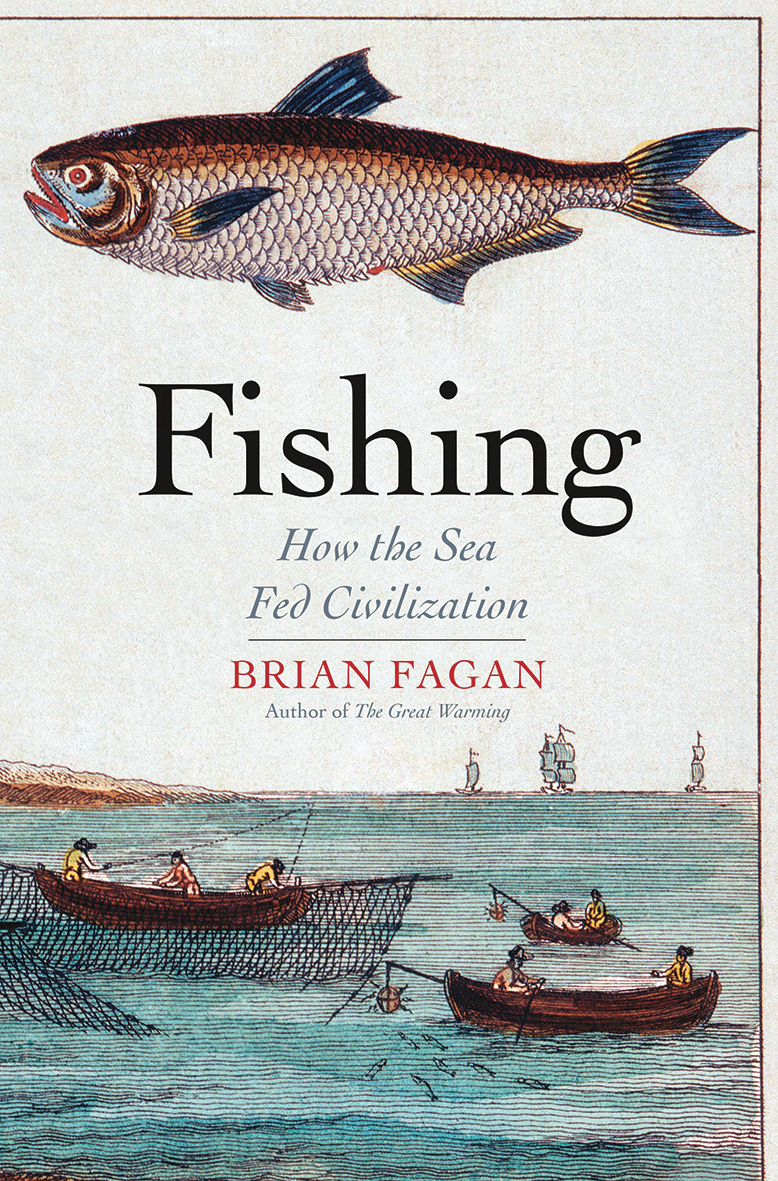 Brian Fagan is emeritus professor of anthropology, University of California, Santa Barbara. He is an internationally recognized authority on global prehistory and the author of dozens of books on archaeological topics, including the forthcoming A Little History of Archaeology. He lives in Santa Barbara, CA.

Fishing: How the Sea Fed Civilization can be purchased here.

The CIA’s Drone Policy Under Trump by Christopher J. Fuller