In Mob Town: A History of Crime and Disorder in the East End, John Bennett delves into four centuries of East End history to chronicle crimes, their perpetrators, and their surrounding circumstances to reveal why the area became synonymous with lawlessness and crime. Below, Bennett explores the reactions to the growing popularity of the Jack the Ripper ‘industry’ in the 1980s.

There can be no denying that the East End of London has had a chequered past, peppered with dark histories that make themselves evident in any study of the district. Those shadows would always be particularly difficult to shake off when the most infamous narrative revolves around the world’s most mysterious, notorious and media-exploited mass-murderer. In 1987, the world was already gearing itself up for the centenary of the Whitechapel Murders of 1888, the unsolved killings of a number of East End prostitutes by the proto-serial killer known to the world as ‘Jack the Ripper’. That vanguard year had already seen the publication of several books, timed by the publishing industry to coincide with the imminent anniversary, each bringing their own slant to the mystery, and even before the key year ahead, there were already accusations of overkill – Stephen Pile, in the Sunday Times wrote in December 1987:

More utter nonsense has been written about Jack the Ripper than any other figure, real or imagined. Next year marks the centenary of this total pervert and we shall never hear the end of it.

Additionally, the promise of a big budget TV drama by Thames Lorimar (which sold itself on the claim that it would solve the mystery) gave Pile further fuel to his fire:

I do hope that Thames settles the question for ever because it means that all books on the subject can be shredded instantly and Ripperologists will have to find a proper job.

Despite the disparaging rants by Pile and others, the story of the Ripper still fascinated the general public at large. The popularity of Jack the Ripper tours of Whitechapel and Spitalfields had grown formidably since they were first tentatively introduced to the streets in the late 1960s, and were proving to be a very visible, and lucrative, arm of a burgeoning Ripper ‘industry’. At the heart of these forays into the darkness of 1888 sat the former Ten Bells pub, often described as a regular watering hole for some of the Ripper’s unfortunate victims, which had been renamed the ‘Jack the Ripper’ in April 1975. The decision to rename a local landmark after a mass-murderer with no redeeming features whatsoever is one that we may find difficult to understand today, but in the 1970s it was deemed a logical – although somewhat dubious – nod to the area’s history.

But the 1980s were not the 1970s. Times had changed, moral outlooks had shifted and, relevantly, perceptions of violence had been transformed by moral panics about ‘Video Nasties’ and the fact that serial killers were now an understood phenomenon, with the crimes of ‘Yorkshire Ripper’ Peter Sutcliffe still a recent memory. Any commemoration of the Whitechapel murders, in any form, was going to be seen by some to be an archaic, insensitive or downright offensive proposition. And so it was the high-visibility ‘Jack the Ripper’ pub that would feel the earliest action against the centenary ‘celebrations’ following the news that the owners were planning to mark the event by selling T-shirts, postcards and even a blood-red drink called the ‘Ripper Tipple’ on the premises. This was immediately seized on by the group Women Against Violence Against Women (WAVAW), with members spending a great deal of time around Christmas 1987 collecting signatures for a petition to have the pub’s name changed back to the ‘Ten Bells’. WAVAW member Kelly Ellenborne said that it was “outrageous that anybody should be using the historical and horrific murder of women as a tourist attraction to make money.” Before the real heat of the centenary could get underway, the pub reverted to its former name, but the association was still there, as was the internal decor of Ripper-related ephemera, and the ‘Ripper Tipple’, now grudgingly renamed the ‘Tipper Ripple’.

It was during 1988 that a specific limb of protest was created, namely the group Action Against the Ripper Centenary (AARC) whose most prominent spokesperson was Anne McMurdie, a women’s refuge worker. The AARC maintained a high profile throughout the year and whereas the broadsheet newspaper journalists may have been scathing in their coverage of the increasing interest in the Ripper on paper, the AARC were intent on visible action.

Following a number of protests outside the Ten Bells, a march took place through Spitalfields on 24 September, organised by the AARC in tandem with WAVAW. The peaceful three hundred-strong crowd attracted considerable publicity: the Hackney Gazette stated that ‘people who run guided tours of the murder scenes, writers who glorify the killings and people who think it’s just an interesting story were the targets.’ The East London Advertiser displayed headlines such as ‘Women slam Ripper moneymakers’ and ‘Up in arms’, with local residents becoming more aware of the growing number of guided tours on the streets outside their homes. Some were in support of them, believing it brought money into the area, whilst others felt it was a worrying trend of exploitation.

Throughout 1987-8, the protestors were attempting to change strongly ingrained ideas about these particular murders: for many, too many perhaps, the whole sorry story of the Whitechapel murders had been somehow disconnected from any reality that we, a century and more later, should have any concern for. They were right to bring up that challenge, but the perception of ‘Saucy Jack’ as a piece of London lore had already preceded the centenary activities by many decades and was now an indelibly marked on the City’s history and popular culture. Groups like the AARC would never be successful in their attempts to turn the world against the mythology of the Ripper.

There is an interesting epilogue to this story. In 2014, a museum dedicated to Jack the Ripper was opened in Cable Street, a project that had originally promised to be a museum of women in the East End. When the frontage was revealed as a Ripper-themed exhibit, all hell broke loose. Protests were immediate and passionate. Amongst local residents, members of anarchist and anti-capitalist groups such as Class War joined the throng, resulting in tense stand-offs with police and some damage to the building itself. The recurring concern of the glorification of violence was present, but added to it was a very prominent and aggressive political message about profit-making and class divides in the East End, which took these particular protests to a level not really seen in the heady days of 1988.

Protests come and go. The Ripper tours and museum still flourish, having weathered the storms and kept buoyant by a public who do not see eye-to-eye with the protesting voice. At Tower Hill and Whitechapel, billboards advertising Ripper walks sit unmolested. The unpleasant events of 1888 happened, made their mark in history, and are still being explored today. But any examination of the Ripper legacy means treading a very fine line between the real history and exploitation. All it takes is one insensitive entrepreneur to put their metaphorical foot in it and the call to arms from the anti-Ripper lobbyists will undoubtedly be heard again. 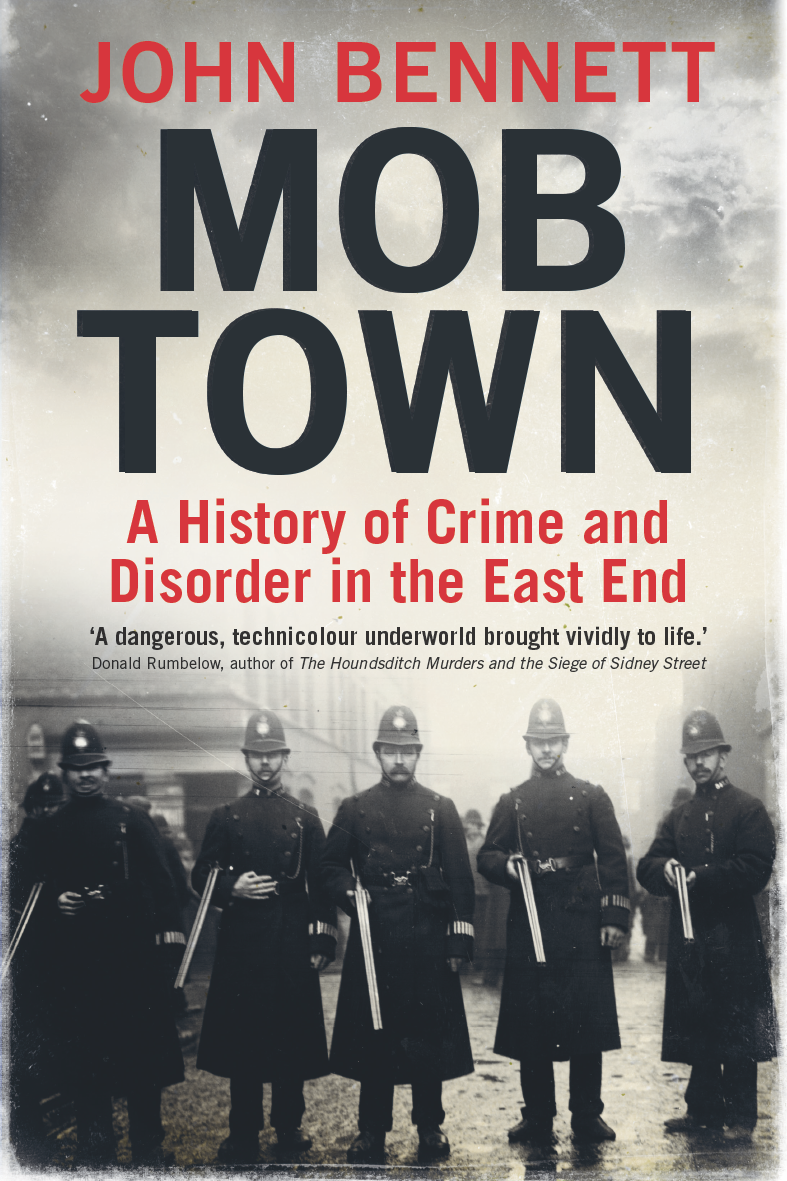 John Bennett is the author of numerous books, including Jack the Ripper: The Forgotten Victims, The Complete and Essential Jack the Ripper and Krayology. He lives in London.