Witches can be defined, quite legitimately, in a number of different ways in the present world. What follows is concerned only with the most common usage of the word, to mean somebody who works destructive magic.

The below is extracted from Ronald Hutton’s The Witch.

Characteristic One: A Witch Causes Harm by Uncanny Means

There is little doubt that in every inhabited continent of the world, the majority of recorded human societies have believed in, and feared, an ability by some individuals to cause misfortune and injury to others by non-physical and uncanny (‘magical’) means: this has been one of the most striking lessons of anthropological fieldwork and the writing of extra-European history. One prominent historian of early modern Europe, Robin Briggs, has in fact proposed that a fear of witchcraft might be inherent in humanity: ‘a psychic potential we cannot help carrying around within ourselves as part of our long-term inheritance’.26 Speaking from anthropology, Peter Geschiere proposed that ‘notions, now translated throughout Africa as “witchcraft”, reflect a struggle with problems common to all human societies’.27 What is valuable about these insights is that they testify to the general truth that human beings traditionally have great trouble in coping with the concept of random chance. People tend on the whole to want to assign occurrences of remarkable good or bad luck to agency, either human or superhuman.

In addition, many societies have believed that certain humans have the power to blight others without intention to do so, and often without knowledge of having done so. This is achieved by unwittingly investing a form of words or a look with destructive power: in the case of malign sight, this trait has become generally known to English-speakers as ‘the evil eye’. Belief in it tends to have a dampening effect on a fear of witches wherever it is found, which is mainly in most of the Middle East and North Africa, from Morocco to Iran, with outliers in parts of Europe and India. This is because it is thought to be part of the possessing person’s organic constitution. As such, it is wholly compatible with witchcraft if the person concerned triggers it consciously and deliberately to do harm, as some are thought to do across its range. A majority of those who embody this malign power, however, are believed to do so wholly innately and involuntarily, so that they cannot in justice be held personally responsible for its effects. Protection and remedies for it mainly take the form of counter-magic, including the wearing of amulets, charms and talismans, the reciting of prayers and incantations, the making of sacrifices and pilgrimages and carrying out of exorcisms, and the avoidance or placation of the person who is locally presumed to possess it. 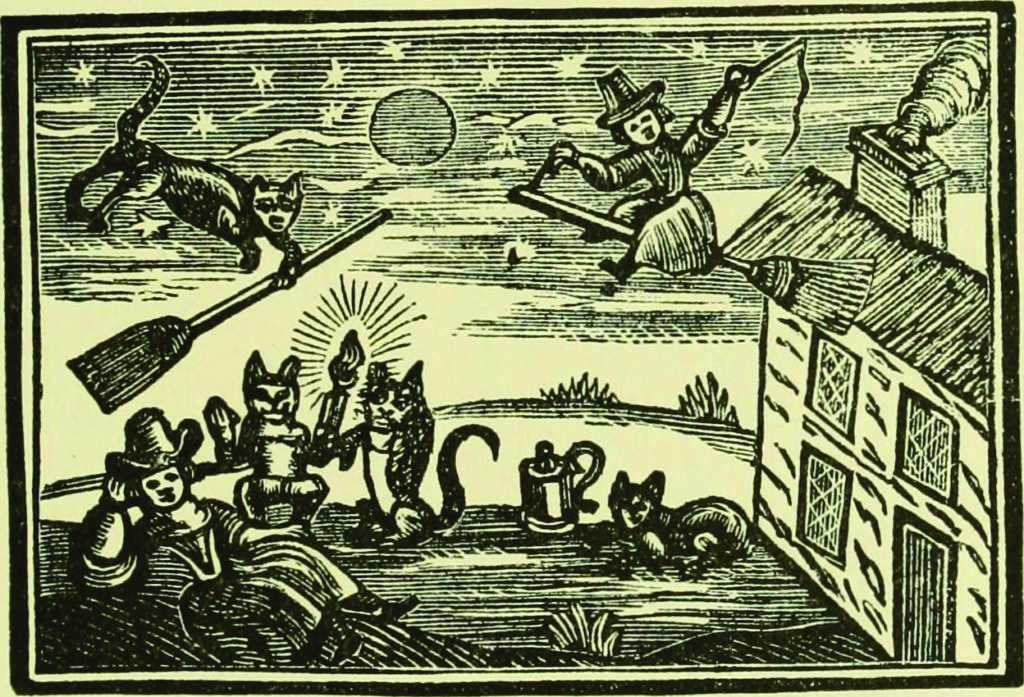 The history of Springfield in Massachusetts, for the young; being also in some part the history of other towns and cities in the county of Hampden

Characteristic Two: A Witch is an Internal Threat to a Community

Early modern Europeans believed that witches attacked neighbours or kin, or, exceptionally, they attacked elite figures within their own political unit such as an aristocrat or a king. Witches were therefore not imagined to be interested in harming strangers. This distinguishes witchcraft from the use of harmful magic as a weapon in conflicts between communities. Much feuding between traditional human societies, whether organized as tribes, clans or villages, has been believed by members to include a magical element, and such societies are disposed to blame misfortunes on the activities of magicians among their collective enemies. This belief is found in many parts of the world, but especially in three: the Amazon basin, Siberia, and Australia and Melanesia. It is especially prevalent in the last of these regions, although even there it is found interspersed with societies in which the threat of destructive magic is perceived to be mostly or entirely internal, as mentioned above.54 Despite this broad dispersal of communities that expected magical danger from outside, they have been greatly outnumbered in the world by those who have feared it from within. Ralph Austen has commented that virtually all studies of rural African societies indicate that the efficacy of witchcraft is believed in them to increase in direct proportion to the intimacy between witch and victim.55

Characteristic Three: The Witch Works within a Tradition

Around the world, it has commonly been believed that witches gain their malignant powers through training or inheritance; but there has been no general solution to the question of how this is done. Two very common responses are that the capacity to do harm is something innate in the person of the witch, or else that the witch works by the employment of magical materials. The two often overlap, in that a person who is empowered by an innate and internal force can utilize arcane forces in material objects in order to put their powers into action. Those societies that believe in witchcraft as an innate power often differ over whether it manifests because of the volition of the person concerned, or asserts control over the will and actions of that person, sometimes directly against their own inclination. It is quite common for the two kinds of witch figure, the one who operates because of innate power, and the one who needs to work by manipulation of the right tools and substances, to exist in the imagination of the same social group. 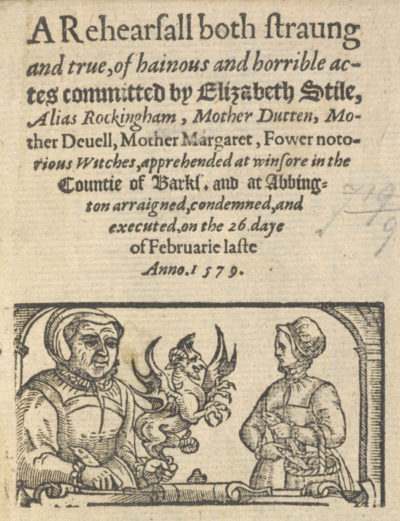 Characteristic Four: The Witch is Evil

Across the world, witches have been regarded with loathing and horror, and associated with generally antisocial attitudes and with evil forces in the supernatural world. Such a trait rules out from the category of witchcraft the sanctioned or informally approved use of magic in neighbourhood feuds. That is sometimes found: for example in the Trobriand Islands public  magicians would employ their skills to harm individuals who had incurred the jealousy of chiefs or neighbours by prospering above their station in life and disrupting the usual social order. Their activities were regarded as generally justifiable.99 Among most peoples, however, the use of magic was never regarded as a legitimate means of pursuing feuds and quarrels within communities, but as an activity distinguished by secrecy, malevolence and intrinsic wickedness. The element of secrecy was considered to deprive the intended victim of any warning of the coming attack or consciousness of what was happening, until the harm had been done. It was designed to prevent any opportunity for compromise, negotiation and reconciliation, and for defensive measures, and to shield the witch as far as possible from being called to account for the crime. Such a way of proceeding, linked to the witch figure, violates common human notions of courage, sociability and justice. In some aspects, witchcraft has been used to represent the evil inherent in the universe, manifesting through humans who are fitted by their natures to act as vessels or conduits for it. In others, it has embodied all that is selfish, vindictive and antisocial within human nature, epitomizing treachery and disharmony in societies that strive for unity and neighbourliness.

Characteristic Five: The Witch Can be Resisted

The belief that witches can be resisted by their fellow humans is also found worldwide, in the three main forms which it took in Europe. One of these was to protect oneself or one’s dependants and property by using benevolent magic, which could turn away spells and curses; if the latter seemed to take effect, then stronger magic could be employed to break and remove the effects of bewitchment; and perhaps to make the witch suffer in turn.

The second widespread remedy for bewitchment was to adjust the social relations that had created the suspicion of it. This could take the form of persuading or forcing the witch into removing the spell that she or he had placed, and so its destructive effects.

The third remedy was to break the power of the witch with a physical counter-attack, which could take the form of direct action, such as a severe beating or murder, or intimidation that ran the person concerned out of the neighbourhood. In most societies, however, a formal and legal remedy was preferred to this sort of private action, by which the suspect was prosecuted before or by the whole community, and if found guilty was subjected to such punishment as it appointed. In many cases the identification of the culprit was assisted or carried out by the same kind of public magician who which provided counter-magic against witchcraft.

Ronald Hutton is professor of history, University of Bristol, and a leading authority on ancient, medieval, and modern paganism, on the history of the British Isles in the sixteenth and seventeenth centuries, and on the global context of witchcraft beliefs. 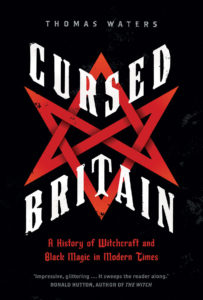 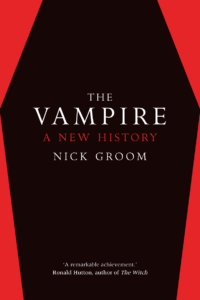 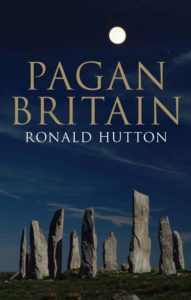 This year the Association for Art History’s Annual Conference takes place in Brighton from the 4–6 of April….