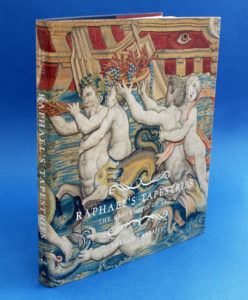 A new book Raphael’s Tapestries: The Grotesques of Leo X reconstructs the spectacular, grand-scale textiles designed in about 1515 by Raphael, for the first Medici pope Leo X. Each tapestry was sumptuously woven in gold, silver and silk, and depicted scenes from classical mythology with inventive grotesques.

In this piece for the YaleBooks blog, Lorraine Karafel, author of Raphael’s Tapestries, surveys the place of tapestry in art and life. She asks ‘Why Tapestries?’ – exploring how these decorative textiles have gone in and out of fashion, and how they can be seen to reflect the social and economic factors of different periods in history.

‘Why Tapestries?’ by Lorraine Karafel, author of  Raphael’s Tapestries

When we furnish our homes today, few of us have tapestries at the top of our lists. However, in Europe in the Middle Ages and Renaissance, these grand-scale textiles were the item of choice for those who could afford them. Woven of wool and, more luxuriously, with silk, gold- and silver-metal wrapped threads, sets of tapestries provided insulation and brought vivid color and image to interiors, particularly on special occasions. Best of all, they were portable: the decorative verdures or multi-piece narratives could be rolled up, transported, and installed at a second or third (or fourth) home, important for medieval households that were frequently on the move. Tapestries could even be displayed on building exteriors to declare to all the owner’s wealth and power. Of course, these magnificent textiles were costly: their rich materials and meticulous, time-consuming weaving came at a very high price. The most complex imagery required the most highly skilled craftsmen and production sometimes brought together an international team of designer, cartoonists – who translated a small-scale model to a full-scale painting – and weavers, a process that could take years. Tapestries were often, in fact, the mostly highly valued items in historical inventories of the period.

‘Ultimately, tapestry captivates today, as it did in the past, with sheer, sensuous beauty.’

The finest tapestry sets, such as the famous Acts of the Apostles, a ten-piece series designed by the Renaissance master, Raphael (1483-1520), woven in Brussels under the supervision of the preeminent producer-weaver Pieter van Aelst (c. 1450-c. 1533), and made for a most discerning patron, Pope Leo X (1473-1521), are considered among our greatest artworks.

‘The most beautiful things in all the world’, declared Paris de Grassis, the papal master of ceremonies, when the first of the Acts tapestries were unveiled in Rome in 1519.

How have we lost track of these magnificent art works? Tapestry’s fall from favor is an intriguing story of social change and taste that still awaits the telling. Certainly, in the eighteenth century, when interiors took on smaller proportions for more intimate gatherings, large-scale textiles became less important. Subsequently, while tapestries continued to be collected and displayed, their role as the preeminent conveyers of wealth and power was diminished. However, tapestries and their fascinating history are gaining new attention.

Several spectacular exhibitions in recent years have brought these historical textiles front and center, to be seen for the first time by a broad audience. In 2002, the Metropolitan Museum of Art and New York presented the landmark, Tapestry in the Renaissance: Art and Magnificence, curated by Thomas P. Campbell, and followed in 2007 with Tapestry in the Baroque: Threads of Splendor. More impressive museum shows followed at the Victoria and Albert Museum in London, the Mobilier National in Paris, and the J. Paul Getty Museum in Los Angeles, exploring individual sets, such as the Acts of the Apostles, or the passion of one collector, Louis XIV of France.

At the same time, art historians embarked on exciting new research, highlighting the place of tapestry design in the work of some of Western art history’s most illustrious names in the fifteenth to seventeenth centuries, from Leonardo da Vinci to Peter Paul Rubens. Among these, Raphael stands out as not only a designer but as an innovator who set tapestry design on a new course.

Raphael, working in Rome in the early sixteenth century, took a different approach with several striking designs for his illustrious patron, Pope Leo X. The first was the dramatic ten-piece, Acts of the Apostles, considered by some scholars as the artist’s greatest work. Raphael moved away from the crowded, multi-scene compositions that had defined late medieval design to introduce grand-scale woven pictures with monumental figures set in realistically rendered space; most of the original cartoons are displayed at the Victoria and Albert Museum. The tapestries, woven in Brussels by the most highly skilled weaves under the supervision of van Aelst and still held by the Vatican, changed tapestry design.

Raphael’s ambitious eight-piece Grotesques of Leo X, probably designed from 1515, took a completely new direction, imitating ancient Roman wall painting. Inspired by visits to the ruins of Domus Aurea, Nero’s Golden House, Raphael and his assistants set scenes from classical mythology and imaginative, metamorphosing “grotesques” in architectural frameworks. These fascinating compositions incorporated an elaborate program that referenced the antique, but also cleverly celebrated the policies and ambitions of Pope Leo. Raphael’s invention did not stop with the textile designs: like the Acts of the Apostles, the Grotesques were intended for a specific room at the Vatican Palace. There, the textiles, sumptuous and shimmering with silk and gold, complemented the permanent painted and sculpted decoration to create a stunning multi-media environment and serve as a telling backdrop for the pope who could align himself with both the past glories of Rome and startling invention. Again, Raphael’s designs had enormous impact, inspiring grotesque tapestry designs for the next three hundred years.

Additional tapestry projects for Pope Leo included the twenty-piece allegorical Playing Children and a magnificent ceremonial bed. Raphael met these design challenges and others, continuing to collaborate with the more than 50 assistants in his workshop in a period of unprecedented production. In this intense creative environment, the design work intersected with and soared free from Raphael’s work as a painter.

Careful study of intricate designs such as the Grotesques opens the door to a new understanding of the work of Raphael, an admired master who we thought we had known well. At the same time, tapestry takes its place as a multi-faceted art form that perhaps more than any other reflects the cultural, social and political history of early modern Europe. Ultimately, tapestry captivates today, as it did in the past, with sheer, sensuous beauty. 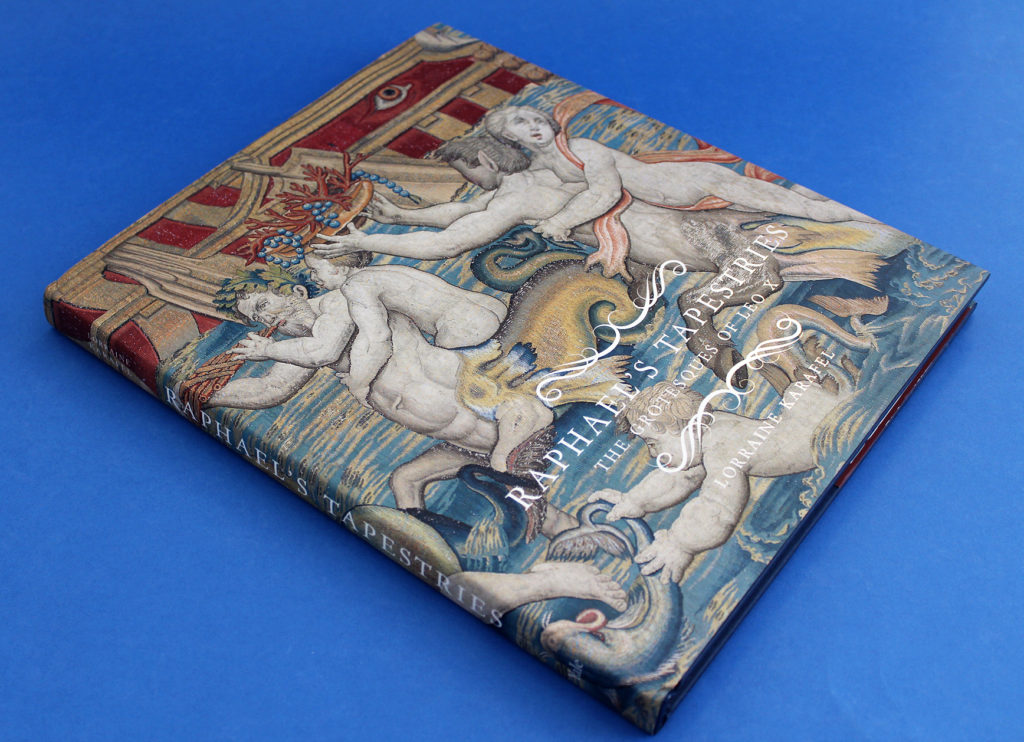 Raphael’s Tapestries: The Grotesques of Leo X is available from Yale University Press.

The Zong: two paintings and the end of slavery

Did Dido Elizabeth Belle – the illegitimate child of John Lindsay, a Royal Navy captain, and an African…