If you haven’t discovered our amazing Little History series already, you have a whole host of great books to add to your TBR shelf! The paperback of A Little History of Religion published earlier this week, and we’re pleased to offer our readers an extract of chapter 5 of Richard Holloway’s rich and colourful history of religion from humanity’s earliest days. 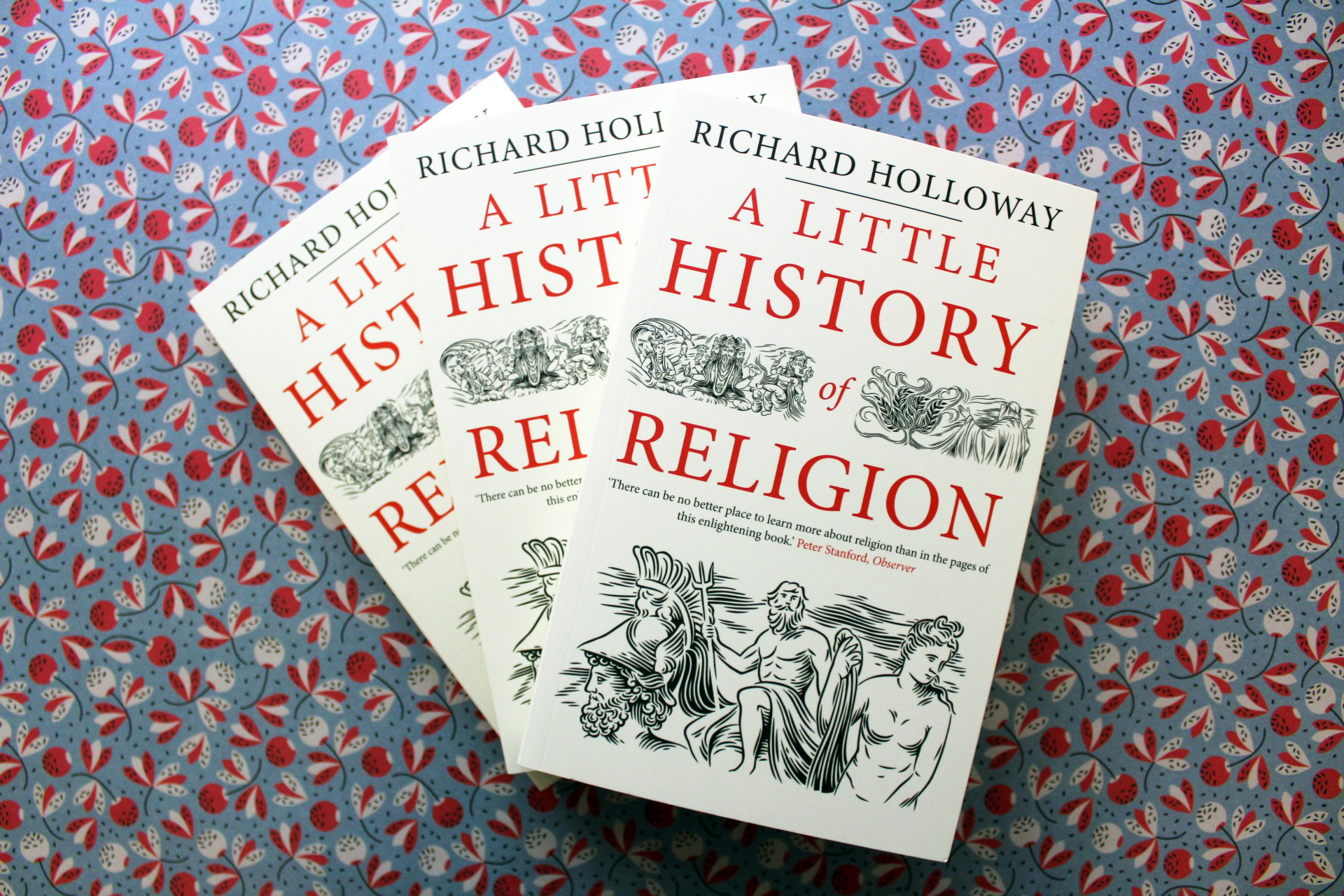 Fifteen hundred years after those Aryan horsemen thundered into India and began the evolution of the complex and colourful religion we now call Hinduism, a man looked in dismay at its doctrine of endless reincarnations. He asked himself what it was that shackled souls onto the wheel of samsāra. And from his answer a new spiritual movement emerged. He was born around 580 BCE at the foot of the Himalayan Mountains in north-east India. His name was Siddhartha Gautama and this is his story.

Siddhartha belonged to the Kshatriya caste of rulers and warriors. His father, Suddhodhana, King of the Sakyas, was fifty years old when his wife Queen Maya gave birth to their son. A devout child, Siddhartha studied the Vedas, the sacred books of Hinduism. And though he was a prince who lived a privileged life, his teachers reminded him that, like everyone else, he was on a long journey through many lives. When he was sixteen he married Princess Yosodhara and they had a son Rahula. Until he was twenty-nine Siddhartha led a privileged and protected life, his every need met by an army of servants. But in the space of a few days a series of events changed his life for ever. It became known as the story of the Four Sights.

On the first day, coming back from a day’s hunting, Siddhartha saw an emaciated man writhing in pain on the ground. He asked his bodyguard Channa what was wrong with him. ‘He is ill’, was the reply. ‘Why is he ill?’ asked the prince. ‘That, my prince, is the way of life. All people become ill’. The prince looked thoughtful but said nothing.

The next day he came across an old man with a back bent like a bow, his head nodding and his hands trembling. Even with two sticks he was finding it hard to walk. ‘Is this man also ill?’ the prince asked Channa. ‘No’, replied Channa, ‘he is old. That is what happens in old age’. Siddhartha looked thoughtful but again he said nothing.

The third sight was a funeral procession. A dead man was being carried to the burning ground to be cremated, according to Hindu custom, and his widow and children followed him weeping. Siddhartha asked Channa what was happening. ‘This is the way of all flesh’, he explained, ‘whether prince or pauper, death comes for us all’. Again Siddhartha said nothing.

Siddhartha had witnessed the pain of sickness, old age and death. ‘What is the cause of all this suffering?’ he wondered. He had studied the Vedas, but all they told him was that it was the law of life, it was karma. As he sat in his palace pondering these mysteries, the sound of singing drifted through his window. But it only made him sadder. Pleasure was fleeting, he realised. It offered relief but could do nothing to slow the approach of death.

On the fourth day he went into the market place, Channa with him as usual. Among the shoppers and the merchants who supplied their needs, Siddhartha saw a monk in coarse robes, begging for food. He was old and obviously poor, yet he looked happy and serene. ‘What kind of man is this?’ he asked Channa. Channa explained that he was one of those who had left home to live without possessions and the cares they provoked.

Siddhartha returned to the comforts of his palace in deep thought. During that night, sleepless and troubled, he was hit by the realisation that desire was the cause of human suffering. Men and women were never content with their lot, never at peace. They craved what they did not possess. But no sooner was the desired object achieved than another craving took its place. The more he thought about it, the more desire revolted Siddhartha. It was a disease that afflicted everyone born into this world and there was no escape from its compulsions. But revolted though he was by desire, Siddhartha was also filled with compassion for those it tormented. It was then he decided to help them. He would find a way to release them from the clutches of desire so they would never again be born into this world of pain. He would search for the enlightenment that would deliver him from the turnings of the wheel of rebirth. Then he would guide others along the path he had found.

Having made his decision, Siddhartha rose from his bed. After whispering a silent farewell to his wife and son, he summoned Channa and out they rode into the night on his chariot pulled by the stallion Kanthaka. When they reached the edge of the forest Siddhartha stepped from the chariot and with his sword cut off his long black hair. He gave the hair to Channa and sent him back to the palace to show it as proof of the new life he had embarked upon. Then he swapped his costly robes for those of a tramp and set forth as a homeless pilgrim. Prince Siddhartha Gautama was twenty-nine years old when he became a beggar. This moment in his story is known as the Great Renunciation. For six years he wandered, seeking the best way to purge the ache of desire and achieve enlightenment.

He came to a wild fig tree and while he was resting beneath it he made a decision. Though my skin, nerves and bones may waste away and my life-blood be dried up, he said to himself, I’ll sit here until I attain enlightenment. After seven days it hit him that his desire to rid himself of desire was itself desire! He realised that his desire to be rid of desire had been the obstacle to his own enlightenment. As the meaning of this insight grew upon him, he became aware that he was now empty of desire. He passed into a state of ecstasy in which ‘ignorance was destroyed, knowledge had arisen; darkness was destroyed, lightness had arisen’. Immediately he realised that ‘Rebirth is no more; I have lived the highest life; my task is done; and now for me there is no more of what I have been’. The turning of the wheel of samsāra and rebirth ceased for him. It was then he became the Buddha, the Enlightened One. It is known as the Sacred Night.

Richard Holloway, former Bishop of Edinburgh and Primus of the Scottish Episcopal Church, is an internationally popular writer and broadcaster. His more than twenty books include the best-selling Leaving Alexandria: A Memoir of Faith and Doubt. He lives in Edinburgh, UK. A Little History of Religion is available to purchase here.

The Little Histories are vivid storybook introductions for the young and old alike. Inspiring and entertaining, each short book lays out our greatest subjects in deceptively simple, engaging tones. With charming and personal insights each expert gently takes the reader from ancient times to the present through bite size chapters, ideal as bedtime reading or on the journey to work. 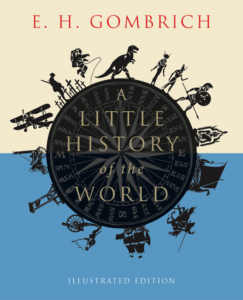 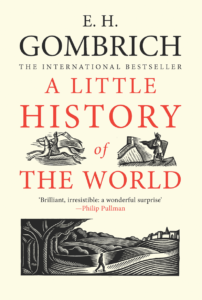 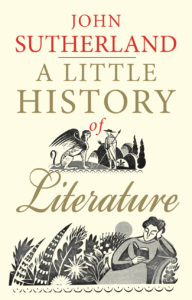 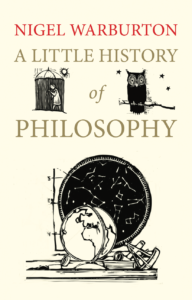 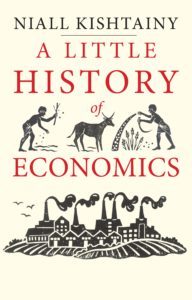 Our August Bookshop of the Month is Salisbury’s Sarum College Bookshop, just a stone’s throw away from the…