The Six Day War was fought between 5th and 10th June 1967 by Israel and the neighbouring states of Egypt, Jordan, and Syria. On the 50th anniversary of the conflict, we bring you an extract from Itamar Rabinovich’s Jewish Lives biography of Yitzhak Rabin, a key figure in the conflict and politics of the Six Day War, who went on to become Prime Minister of Israel in 1974 & 1992.

In the second week of May 1967 a crisis erupted that almost immediately led to the Six-Day War. Independence Day, May 14, is Israel’s most important secular holiday. In May 1967 preparations for the holiday were overshadowed by tension and controversy. The government had decided to hold the traditional military parade in Jerusalem. The decision was contested by Jordan, who argued this was an infringement of the 1949 Armistice Agreement between the two countries. The government responded by scaling down the military parade and dividing the celebration into two parts: a festive ceremony at the Hebrew University’s stadium on May 14 and a small military parade on May 15. This decision was criticized by Ben Gurion, who argued that his successor, Eshkol, was “soft on security.” This controversy took place against the backdrop of mounting tensions on the Syrian and Jordanian borders. The planners of the festive ceremony to be held on May 14 decided to include in the program a reading of a poem written in 1956 by Israel’s national poet, Nathan Alterman, that was in effect a harbinger of the Sinai campaign launched a few months later. Alterman’s verse, read over loudspeakers, was a dire warning to the Arab world and, in retrospect, prophetic: “Oh Araby, calculate your path in time. The string is getting thinner and thinner . . . shake off hallucinatory dreams, this may be the last hour.” At this very moment Rabin received and transmitted to Eshkol the first news that Egyptian armored units were rolling from the Egyptian mainland into the Sinai Peninsula.

Moscow’s motivation in feeding this information to Egypt and Syria is still not clear: was it meant to induce Egypt to repeat the Rotem maneuver and thus deter Israel from taking further action against its tottering Syrian client? or was it more sinister?

The remilitarization of Sinai, a clear violation of the 1957 arrangements, soon grew in scope and was conducted in a demonstrative fashion. The Egyptian units moved openly, some of them through the streets of Cairo, for all the world to see. Eshkol and Rabin shared the assessment that this was a repetition of the measures taken by Egypt in 1960 in the Rotem case. Rabin ordered the IDF to take limited precautionary measures. We now know that Egypt’s move in May 1967 may in fact have been prompted by false information it had been fed by the Soviet Union, namely, that Israel had amassed at least eleven brigades in preparation for a major assault on Syria. Moscow’s motivation in feeding this information to Egypt and Syria is still not clear: was it meant to induce Egypt to repeat the Rotem maneuver and thus deter Israel from taking further action against its tottering Syrian client? or was it more sinister? In any event, it produced an avalanche of events no one had anticipated. A wave of enthusiasm swept Egypt and the Arab world in the wake of the remilitarization of Sinai. Nasser and his associates felt that Nasserism, having been in decline for the past few years, was experiencing a revival. Drunk with ego and emboldened, Nasser threw caution to the wind. He demanded that the UN remove its peacekeepers from the Egyptian–Israeli border in the Sinai and concentrate them in Gaza. He did not demand that they be removed from Gaza and the Tiran Straits. U Thant, the UN secretary general, inexplicably chose to inform the Egyptian government that he did not believe in half measures, and when the Egyptians extended the demand to include the Tiran Straits, he accepted it. Not surprisingly, the next step was the declaration of an embargo on Israeli ships and certain goods shipped to the port of Eilat in non-Israeli ships. Israel defined the embargo as a casus belli, and war seemed imminent, if not inevitable.

Israel was now in the midst of a severe crisis. Early discussions with the administration of Lyndon Johnson in Washington indicated it had no appetite for taking any action to defuse the crisis. As time went by, it seemed even that the administration tended instead toward opening a dialogue with an empowered Egypt. Syria was Egypt’s ally, and Jordan seemed to be crumbling under the pressure; a war on three fronts had to be taken into account. Rabin and his GHQ colleagues faced a major challenge alone. They mobilized reserves, reviewing several plans for what seemed an inevitable war. The IDF had been built by Rabin to deal with an Arab attack on several fronts and had several contingency plans for alternative scenarios. But Israel could not afford to maintain a large number of reservists mobilized over time; the cost to the country’s economy was prohibitive. There were indications Egypt might not wait for an Israeli attack and instead choose to initiate. Other indications raised the fear of an aerial raid against the Israeli nuclear reactor in Dimona. A wide gap in opinion opened up between the cabinet and the GHQ. The dovish ministers who had been critical of the army’s activism since 1964 were now vociferously critical of a GHQ that, as they saw it, drove the country to the brink of disaster. Rabin, until recently respected by the cabinet and seen by its members as almost one of them, a virtual minister of defense, lost much of his standing because of the in- accurate estimates of Arab conduct and the feeling that he had led the IDF and the country to the edge of an abyss. The generals, on the other hand, had an entirely different view of the situation. Particularly after the closure of the straits, they believed Israel should go to war. Time was not on Israel’s side. Also at stake was the country’s ability to deter its Arab enemies. It had already been corroded by the failure to respond to Egypt’s initial challenge and would continue to decline as the government hesitated and searched for a diplomatic solution. The consensus among the generals was that Israel could win the war.

Once launched, the Six-Day War turned out to be a brilliant military success. Its impact was dramatically enhanced by the sharp contrast between the prewar anxiety and the magnitude and swiftness of the victory. In six days the IDF destroyed three Arab air forces and conquered the Sinai and the Gaza Strip, the Golan Heights, and the West Bank from Egypt, Syria, and Jordan.

This is the second blog post regarding the 50th anniversary of The Six Day War. Guy Laron, author of The Six Day War: The Breaking of the Middle East, reflects on the conflict and its political consequences on the blog here . 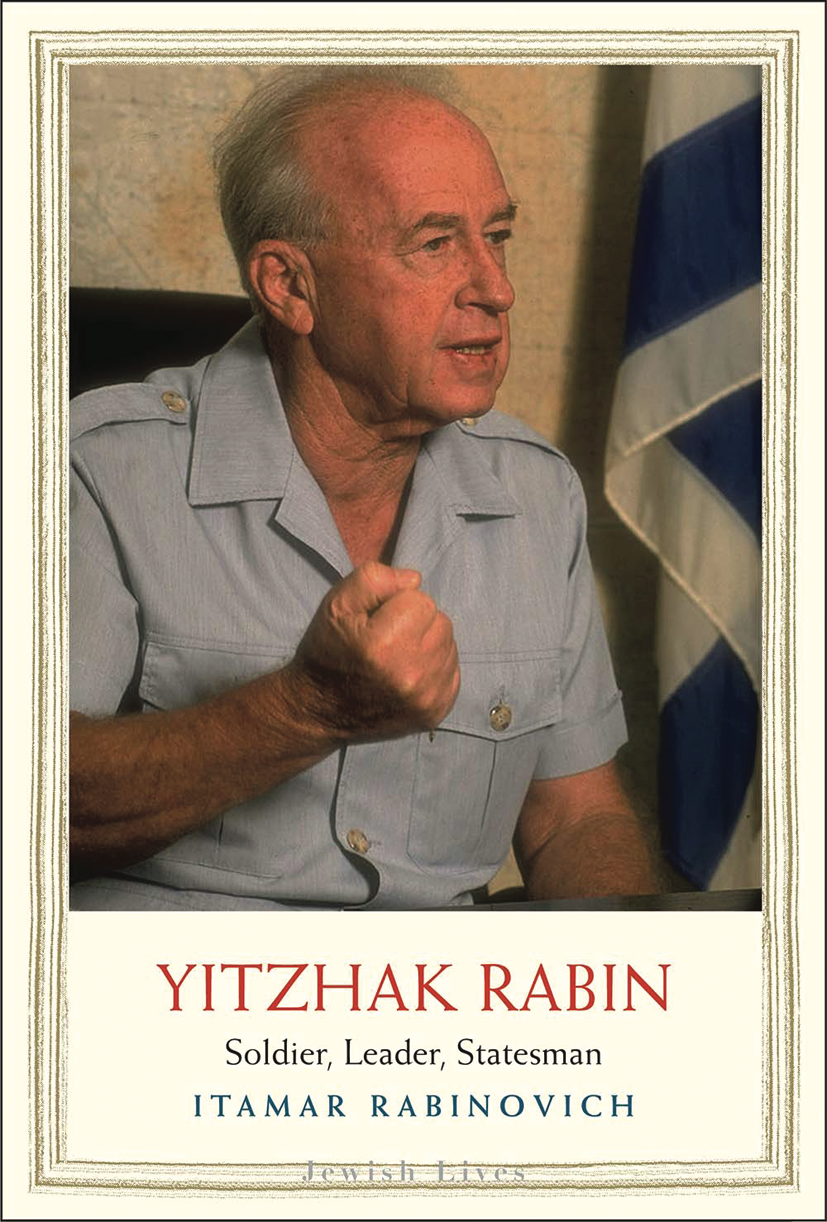 Itamar Rabinovich is president of The Israel Institute (Washington, D.C., and Tel Aviv); Global Distinguished Professor, New York University; and Non-Resident Distinguished Fellow, Brookings Institution. He served as Israel’s ambassador to the United States and chief negotiator with Syria from 1992–1996. He lives in Tel Aviv, Israel.

Bonsai: A Patient Art, published by Yale University Press, presents a collection of living Bonsai masterpieces from the…