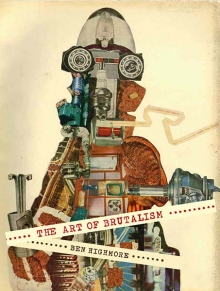 The Art of Brutalism is an engaging and expansive look at the Brutalist art produced in Britain between 1952 and 1962. Ben Highmore sheds light on artists working across a large array of media, yet so often eclipsed by the period’s striking, often controversial, architectural landmarks.

To mark the publication of The Art of Brutalism, author Ben Highmore here introduces Magda Cordell (1921-2008), who he describes as a key figure of her times – perhaps not better known today due to the way female artists have been marginalised in the history of art.

Magda Cordell produced an extraordinary body of work in the 1950s. Using inks, pigments, polymers and paint, she painted on canvas and on glass (to produce monoprints). Her subject was the human body, more specifically the female human body. Her bodies were sexual and traumatised, often they were skeletal, eviscerated, decapitated, and limbless. They were never sombre. The unresolved tension between the state of the depicted bodies, and the method of depiction is the lifeblood of this work.

The unresolved tension between the state of the depicted bodies, and the method of depiction is the lifeblood of this work.

The surface of Cordell’s paintings displayed an almost neon intensity of colour; lines and shapes were gouged in the paint, and then gouged again and again; orifices were made from stains and pools of paint; flesh was concocted from squelched and smeared paint. Extensively brutalised, her bodies hum with life. In interviews at the time she commented on her endless fascination with the human body’s ability to repair itself.

At the time Cordell was judged by art critics as the only ‘artist of consequence’ working in Britain to be mining the same seam of artistic experimentation as American action painters and French painters grouped under the banner of Art Brut and Art Informel. In the 1950s her work would have been understood as brutalism. Brutalism was as much an attitude as a set of stylistic tendencies. As the critic Reyner Banham put it, brutalism was ‘part of a world-wide revolution of the young against the accepted conventions of Life and Art, a reaction against the categorised responses of the connoisseur or aesthete, a reaction in favour of direct physical and emotional experience and involvement in the creative process.’ The fact that Magda Cordell is not better known today is partly due to the way female artists have been marginalised in the history of art, and partly due to the conventional understanding that artistic movements must be seen to have stylistic consistency. Brutalism was an attempt to fashion an approach to art, design, architecture, photography and even urban planning, where a responsiveness to the actuality of a situation was always meant to trump stylistic commitments. 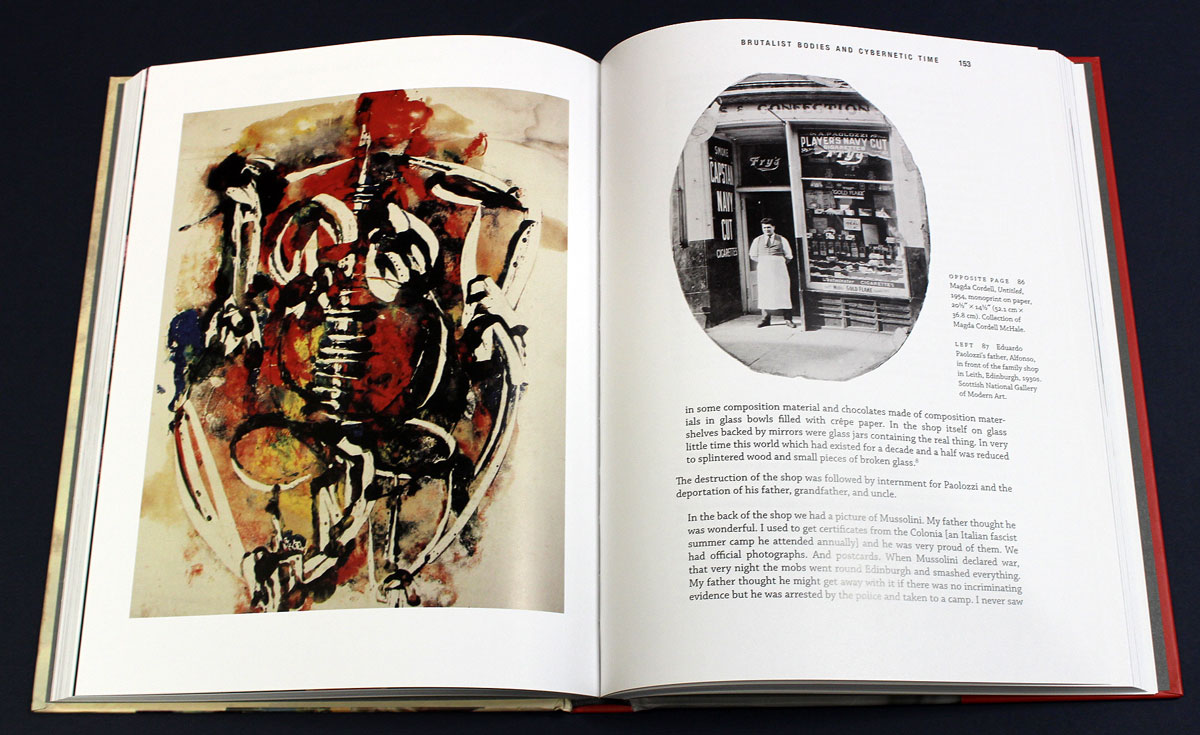 Cordell’s art is exceptionally compelling. Her life was amazing: she lived it across an unfolding century of tragedy, ruthless murder, technological discovery, and planetary strife. As a Hungarian-Jewish teenager, whose entire family had been murdered by Nazis, she picked her across war-torn Europe with her sister, ending up in Egypt where she met the RAF orchestra leader Frank Cordell. Together they set up home in London and became heavily involved with the Independent Group at London’s Institute of Contemporary Arts. This was brutalism’s HQ. At the start of the 1960s she moved to America where with her new husband John McHale (another brutalist artist) to develop a form of environmental futurism: starting with an inventory of planetary resources, and later establishing a ‘Center for Integrative Studies’. Her brutalist paintings from the 1950s and early 1960s are a testimony to the resilience of the human spirit, to the reparative force of the female body, and to the political demand to fashion hope out of the wreckage of human history.

Find out more about the book here.

Criminal Politicians on the World Stage by Milan Vaishnav

In India, the world’s largest democracy, the symbiotic relationship between crime and politics has puzzled political analysts for…