The Mongol conquest of the Islamic world began in the early thirteenth century when Chinggis Khan and his warriors overran Central Asia and devastated much of Iran.

‘What event or circumstance in these times has been more important than the beginning of the reign of Chinggis Khan?’, wrote Rashid al-Din, Jewish convert to Islam and chief minister to the Mongol ruler of Iran, in 1303.

While agreeing with the general implications of the question, writers over the past two centuries have differed sharply as to precisely what changes the Mongol conqueror and his successors brought in their wake.

Were the nomadic Mongols naturally hostile to sedentary civilisation?  Did they simply visit destruction upon an enormous swath of Asia, including much of the Islamic world, or were their campaigns – often marked by wholesale massacres of urban populations – the prelude to a more beneficial transformation?  Was the Pax Mongolica ever a reality, or is it just the brainchild of modern historians?  Did the Mongols preside benignly over a multi-ethnic, multi-faith society, so that Gibbon was right to credit Chinggis Khan with establishing ‘a system of pure theism and perfect toleration’, or is this image seriously awry? Author Peter Jackson explores these questions in his latest book and discusses below.

Over forty years before Rashid al-Din, the Persian author Juwayni had quoted a fugitive regarding the Mongol operations in 1219-22: ‘They came, they sapped, they burnt, they plundered, they slew and they departed.’  There is certainly irrefutable evidence of widespread massacre during Chinggis Khan’s campaigns of conquest.  But many cities surrendered promptly and their populations were spared, while some Muslim rulers, notably in southern Iran, accepted tributary status and thus ensured that entire regions and their inhabitants remained unharmed.  What often befell alike cities that held out and those that capitulated was the removal of skilled elements who could be of use to the conquerors.  Overall, thousands of artisans – weavers, metalworkers and craftsmen of all kinds – were transported to centres as far east as Mongolia and China and set to work producing goods for their new masters.  One positive result was the implantation of Islam in regions where it had never previously penetrated.  Mongol efforts to rehabilitate devastated Muslim territories too began, in some instances, strikingly early; here the means sometimes involved bringing in settlers from the Far East. 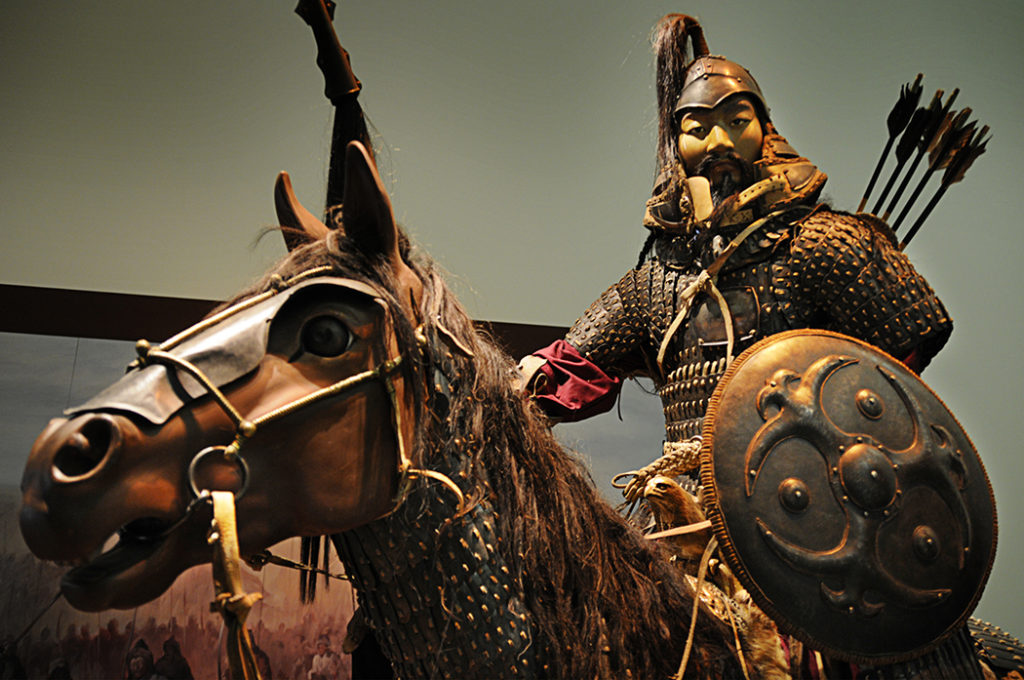 Genghis Khan: The Exhibition by William Cho via Flickr

The Mongols were keen to promote commerce, and the union of much of Asia under a single ruler, along with the injection into the economy of unheard-of quantities of plunder, may indeed have facilitated the growth of transcontinental trade.  Yet after 1260 the empire splintered into at least four major khanates, some of which were intermittently at war with each other.  The notion of a Pax Mongolica becomes difficult to retain for this period – especially since khans on occasion killed or despoiled merchants who were operating on behalf of their rivals.  What we can say is that even after 1260 the elimination of a great many tolls, the existence of numerous large princely encampments, the fostering of crafts and urban centres and a boost to demand for luxury items continued to act as a spur to trade, though the sea route was frequently preferable.  Far-distant regions of Asia were more integrated in what might be termed an embryonic globalisation, reflected not only in commercial traffic but also in cultural interaction between the Islamic world and China.  Rashid al-Din’s world history, which incorporated histories of the Islamic world, the Jews, China, India and Western Europe, would have been inconceivable before the Mongols.

Given particularly the sack of Baghdad and the destruction of the Caliphate (1258), it was easy for contemporaries to see the Mongols as hostile towards Islam; a number of Muslim observers even viewed the infidel conquest as heralding the last days.  Yet the Mongols were not anti-Muslim. One of Chinggis Khan’s precepts to his descendants was that they should favour no religion over any other.  ‘Holy men’ of all faiths enjoyed immunities in return for their prayers on behalf of the imperial family.  But Muslim clerics now had to jostle for influence alongside Christian and Buddhist priests and monks, and Christians and Jews no longer had to pay the discriminatory poll-tax as they had under Muslim rule.  Nor did the Mongols merely permit the unhampered observance of each and every religion.  Certain practices – the Muslim ablutions and the Muslim method of slaughtering animals for food – conflicted with the steppe nomads’ own customs and occasioned periodic friction.  Other traditions that the Mongols brought with them, moreover, such as the marriage of a man to his widowed stepmother, were flatly at variance with the Shari‛a but might be imposed on subject Muslim princes.

If infidel Mongol rule was not necessarily an unqualified disaster for the Islamic world, it was undoubtedly problematic.  The problems were not resolved at one stroke by the Mongols’ eventual acceptance of Islam.  But in the longer term their conversion proved a landmark in the history of the faith. 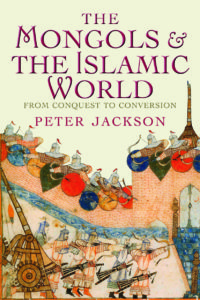 Peter Jackson is emeritus professor of medieval history at Keele University and has written on the Crusades, the eastern Islamic world, and the Mongols. His previous books include The Mongols and the West, 1221–1410. He lives in Staffordshire, UK.

The Fall of the Soviet Union – a timeline

In 1945 the Soviet Union controlled half of Europe and was a founding member of the United Nations….