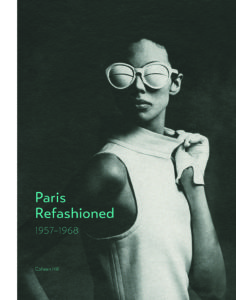 Colleen Hill is associate curator at The Museum at the Fashion Institute of Technology, New York. The exhibition catalogue Paris Refashioned, 1957–1968 is her fifth fashion history publication with Yale University Press. Previously she has traced the history of women’s undergarments in Exposed: A History of Lingerie (with Valerie Steele), considered the significance and imagery of classic fairy tales through the lens of high fashion in Fairy Tale Fashion (with Patricia Mears, Ellen Sampson and Kiera Vaclavik), as well as weighing in on western culture’s fascination with shoes in Shoe Obsession (with Steele) and contributing to an exploration of the synergy between movement and clothing in Dance and Fashion (with Steele, Mears et al.)

The YaleBooks blog caught up with the expert fashion historian to get a sense of why she defines 1957 to 1968 as a critical period in Parisian fashion history. The conversation ranges from the emergence of the ‘styliste’ to the influence of the riots, and is a great introduction to what promises to be an eye-opening book on the importance of the Sixties in French fashion then and now. Paris Refashioned, 1957–1968 is a Spring 2017 show at The Museum at FIT, New York.

Is there one designer from mid-twentieth-century Paris who you would say has come to define the period? One who stands for the radicalism and experimentation you emphasise in the catalogue?

CH It’s impossible for me to pinpoint a single French designer who defined the period, but there are several who are especially important – Pierre Cardin, André Courrèges, and Yves Saint Laurent stand out as three of the best-known fashion arbiters, and each had his own distinct style. Although these designers were pushing boundaries, it is important to note that they began their careers as traditionally-trained couturiers, and they never truly disassociated themselves from the couture sensibility. For that reason, it’s essential to look also at the work of the stylistes – the up-and-coming ready-to-wear designers of the period, many of whom had no interest in being part of the haute couture industry. Emmanuelle Khanh famously said that she “wanted to design for the girl on the street,” and that concept – which centred on fashionable, young and relatively affordable ready-to-wear – was ground breaking.

You describe a democratisation of Parisian fashion in your introduction to Paris Refashioned, 1957-1968, in your remark that ‘ready-made clothing allowed more women to be elegant than ever before’. How do you view this interplay between politics and fashion?

CH The democratization of fashion during the 1960s meant that fashion was no longer intended solely for the elite. Suddenly it was just as fashionable – if not more so – to shop at the trendy, low-priced Dorothée Bis boutique as it was to purchase something from the best couture houses. Although couturiers remained important, they were no longer able to dictate fashion as they had in the past. Women were offered many more choices, and individual style became more pronounced. 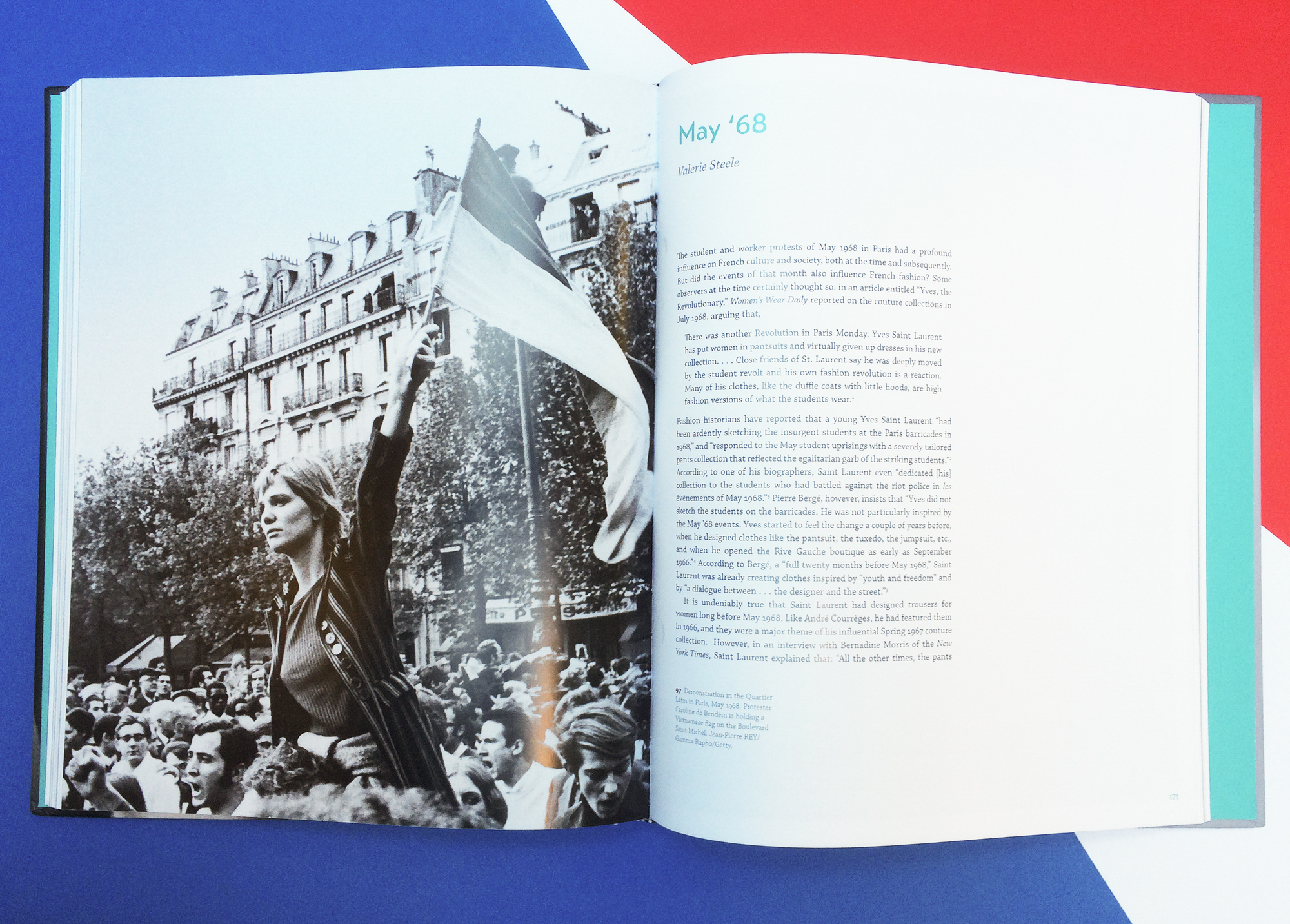 Paris Refashioned, 1957–1968  includes an essay by Valerie Steele, in which she writes about the May 1968 student riots in Paris. She looks through the lens of what students were wearing at the riots, and how high fashion designers may have been inspired by what they saw. Steele notes that the students’ dress went from relatively formal (jackets and neckties on the men, knee-length skirts on the women) to increasingly ‘street’ as the riots continued. She also points out that aspects of their dress echoed their anti-capitalist and anti-consumerist beliefs. With individuality came the power to express political beliefs through dress. 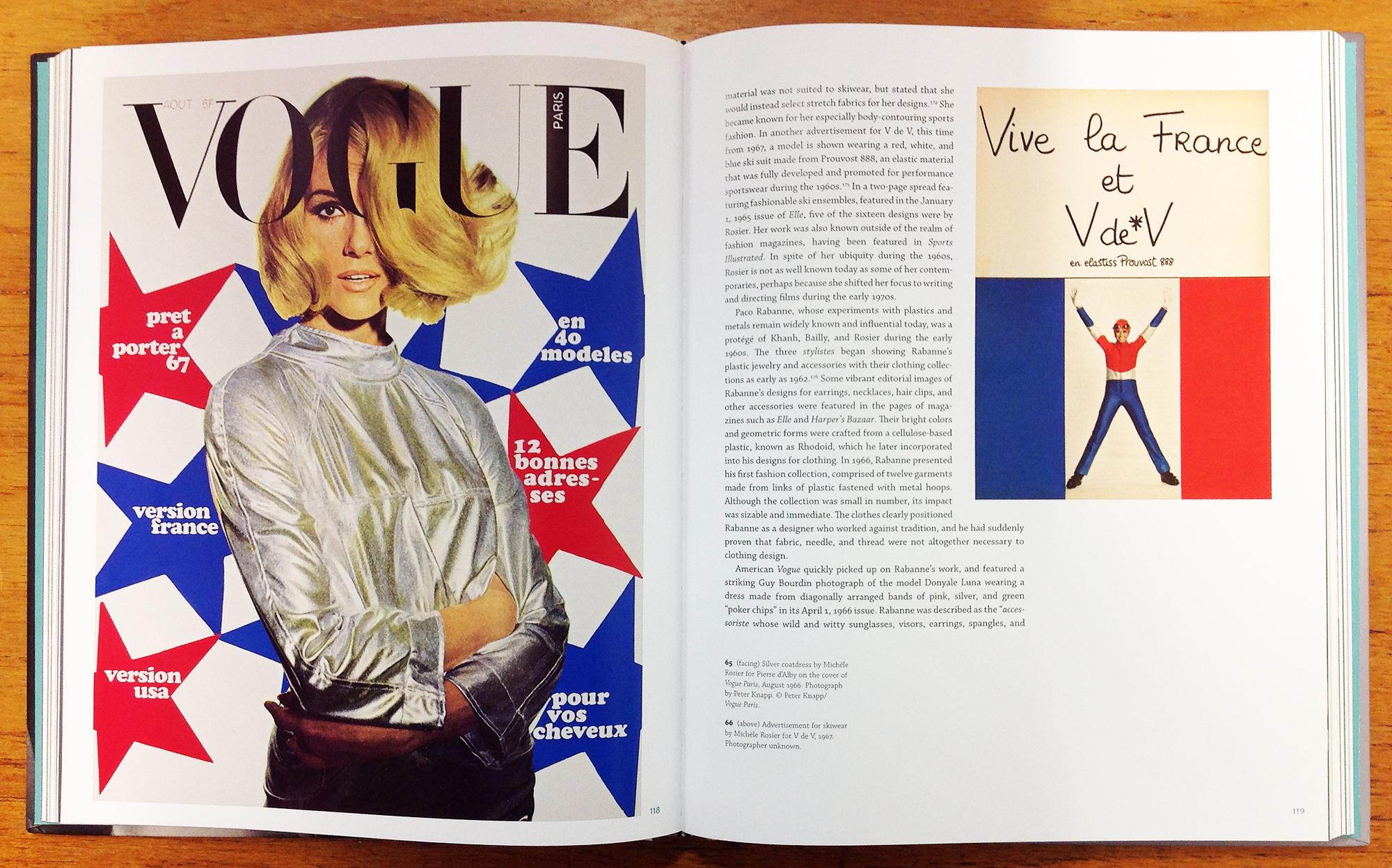 You give a brief history of a contemporary of Mary Quant, model-turned-designer Emmanuelle Khanh. Khanh aspired to ‘design clothes as aeroplanes and sports cards […] to give freedom, to facilitate movement. Clothes for women to live in’ (p. 108). How relevant were advances in women’s equality during this period to the development of fashion?

CH Advances to women’s equality as we think of it in the United States and England was quite different from that of France. In general, feminism wasn’t as pronounced in France, but that is not to say that the idea of the modern, liberated woman was absent. The very existence of Elle magazine, for example, indicates the importance of the reader who was forward-thinking, socially and sartorially. 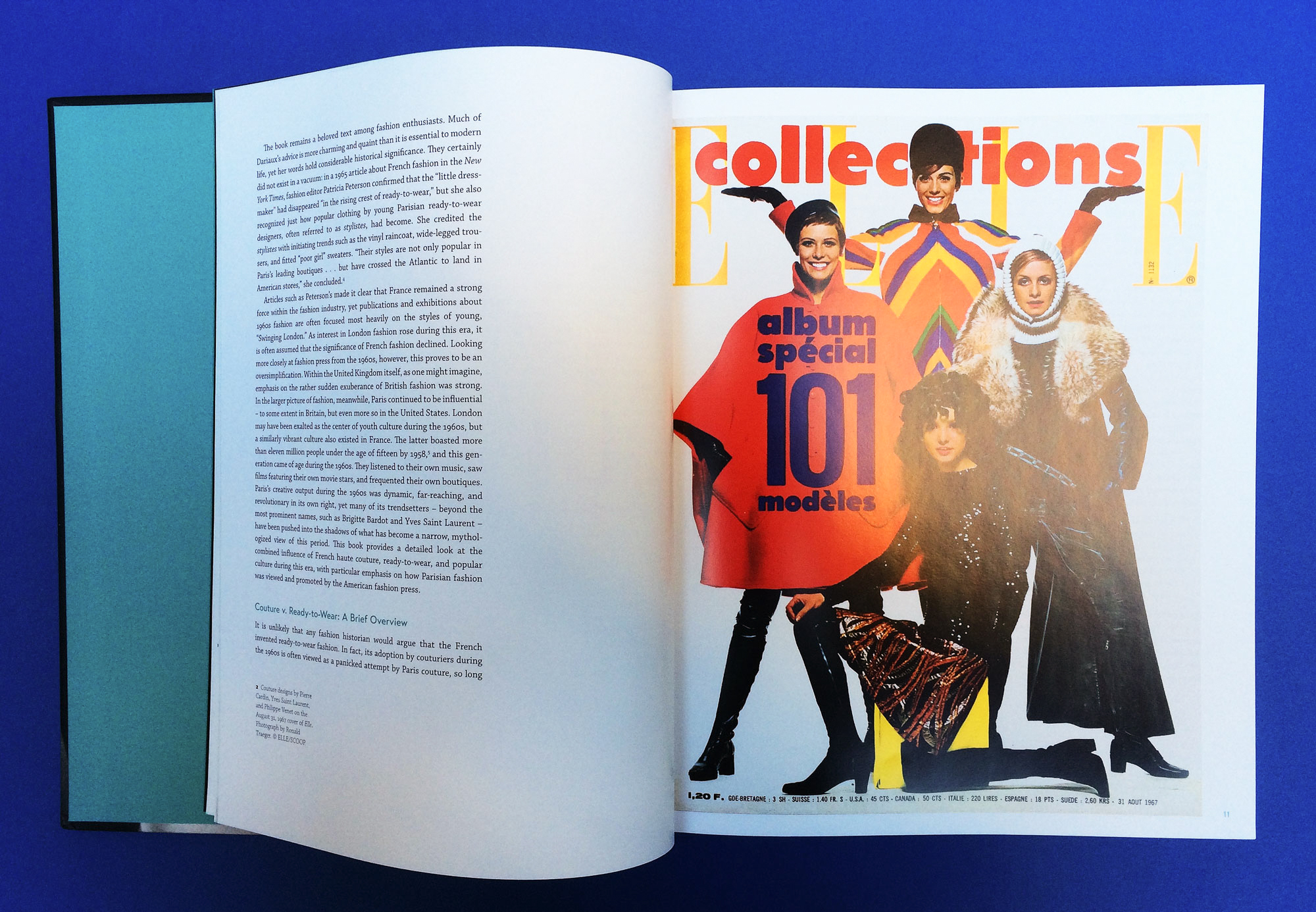 More specifically, Khanh was part of a lineage of French women designers who found enormous success in business. She was often compared to Gabrielle Chanel, which Khanh took as a compliment – despite the fact that Chanel was strictly a couturier, and Khanh was steadfastly a styliste (ready-to-wear designer).

Can you give any clues as to where the collection at the Fashion Institute of Technology might take you next? Or what would be your dream fashion history project?

CH My next exhibition is called Fashion Unraveled, and explores examine the concept of imperfection and incompletion in fashion. Garments that have been altered, unfinished, or deconstructed, in addition to clothing that shows signs of wear, will highlight the aberrant beauty in flawed objects. It’s a big departure from my last two projects (Fairy Tale Fashion and Paris Refashioned, 1957-1968), and I’m looking forward to looking at an entirely different set of objects – as well as conducting a lot of new research! That exhibition will open in May 2018.

And lastly, if you had to save for posterity one piece from the FIT, New York, which item would you save and why?

CH I think my fellow curators would agree that Paul Poiret’s “Sorbet” gown of 1913 is one of our most precious and beautiful, so that would be at the top of my list! 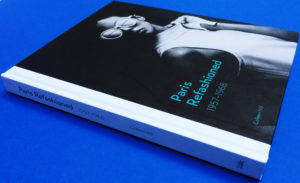 Paris Refashioned, 1957–1968 is available now in bookshops and online. Find the full list of titles by Colleen Hill and published by Yale University Press here.

This insightful collection of essays accompanies the exhibition showing The Museum at the Fashion Institute of Technology, New York, until 15 April 2017.