The Trump narrative on energy is, like his on manufacturing, full of holes. But this might not matter much. What is going on in the oil and gas markets, and what is going on in the US, may produce results for which he can claim the credit, even if his policies make little difference. Below longtime industry observer, Dieter Helm, shares his views on the future on energy under a Trump presidency.

Trump comes to power at a pivotal energy moment. After Obama presided over the greatest increase in the US fossil fuels for decades, Trump can reap the benefits. The US is on course to a very rough energy independence. Since oil was once nearly 50% of the US trade deficit, the external trade account will go in the direction he intends. Add in the sharp fall in the costs of fracking, more pipelines and a bit more scope for new exploration, and now exports too, and the US is sitting pretty in fossil fuel terms. It is the great winner of the recent energy market shocks and transformations.

Trump comes to power at a pivotal energy moment

Trump inadvertently gains too from the growing digitalisation of economies, with robots, 3D printing and Artificial Intelligence (AI). Digitalisation cuts into global trade. Robots work just as well in the US as they do in China or Mexico. Re-shoring brings production closer to final demand. It closes the distance gap. This encouraging of car companies to produce in the US goes with the grain of these technical transformations, though it wont create many new jobs for people, but rather for robots.

Almost everything can be digitalised, and everything digital is effectively electric. Our energy future will be increasingly electric, and again the US is in prime position. It has lots of coal and gas to generate electricity from. Trump wants to protect coal. The EPA regulations have been quickly shot away already, giving the potential for longer lives for coal power stations.  But the challenge to coal is not so much the regulations, but rather the market fundamentals. Here is where gas comes in.

Which brings us to climate change. Trump hates the Paris Agreement and he has described climate change as a Chinese-driven hoax. Lets assume he actually means this. Does it matter?

At one level Trump is very bad news to those who care about climate change. He cannot but dull enthusiasm for action elsewhere. Without the US, the prisoners’ dilemma gets nastier: why take the decarbonisation pain, if the US is going to free ride?  But at another level, the impact may be less than it seems. Trump can’t stop the sheer scale and speed of technical change, and much of that is driven by the US.  He also won’t increase the price of gas, and its continuing impact on electricity markets. Gas is coal’s nemesis, and its emissions are much lower.

There is much more continuity with Obama than meets the eye. Trump is not an improvement, but he is not that different either

Trump’s resistance to the Paris Agreement will be tested next year when the next round of negotiations on pledges gets started. But does Paris really matter? The existing pledges don’t add up to 2 degrees, and there is no legal constraint on exceeding them. Positing a 1.5 degree target is just theatre. China’s 2030 peak is weak. It will probably happen anyway, and India is not really in the game. Africa too is on the side lines. Yet China plus India plus Africa is where the population growth is going to be concentrated over the rest of this century.

Thankfully the solutions to climate change don’t rely on Paris. They lie with the new technologies – the robots, the 3D printing and AI, and then next generation renewables like solar, as the light spectrum is opened up and solar film develops. The Paris approach is not only legally non-binding: it is also economically non-binding.

So what should we make of Trump in the energy world? An irrelevance? No. A wrecker? No. There is much more continuity with Obama than meets the eye. Trump is not an improvement, but he is not that different either. Best to describe him as an irritant – and a very lucky one too. 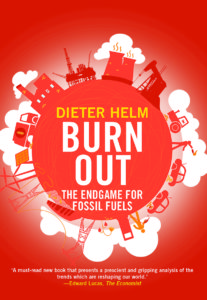 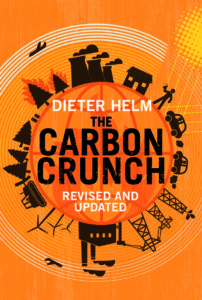 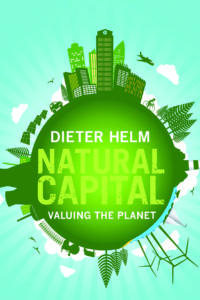 The Royal Academy of Arts: History and Collections – by Robin Simon