In India, the world’s largest democracy, the symbiotic relationship between crime and politics has puzzled political analysts for years. How can free and fair democratic processes exist alongside rampant criminality? Below, Milan Vaishnav offers a fascinating glimpse in to the way in which criminals moved from the sidelines of politics to centre stage. 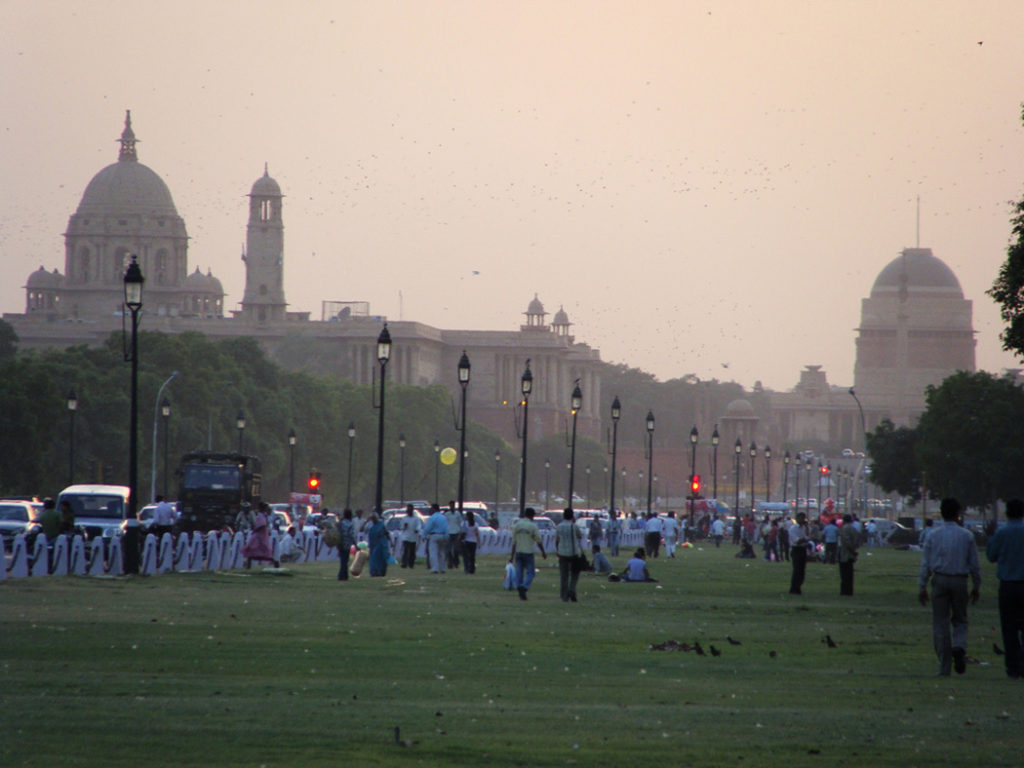 On February 11, voters in the north Indian state of Uttar Pradesh (UP) began the process of selecting the 403 men and women who will represent them in their state legislature. In India, where elections are about as frequent as a new Bollywood blockbuster, the news of yet another poll is scarcely cause for excitement. But UP’s forthcoming election is hardly run-of-the-mill.

UP is home to around 200 million residents. By far India’s most populous state (accounting for 17% of its total population), if UP were a country, it would be the world’s seventh largest. It is therefore, unsurprisingly, the biggest prize on the Indian electoral scene—second only to winning a national election. But this year, UP assumes special importance. The election comes as the government of Prime Minister Narendra Modi approaches its third anniversary in power in New Delhi. As such, the vote is widely seen as a referendum on his government’s performance.

But the poll matters for reasons far beyond perceptions of popularity alone. India’s upper house of parliament is indirectly elected by its 31 state legislatures, which means the only way to change the composition of that body is to do well in key state races. While the BJP won a healthy majority in India’s lower house of Parliament in May 2014’s general election, it remains a distinct minority in the upper house. To boost its standing in the upper house, doing well in UP is a must.

Predicting the result of a UP election is risky. Unlike some Indian states where there are just two major parties in the fray, UP boasts four. And shifting alliances and coalitions of convenience further muddy the pitch. But irrespective of who wins, however, one can rest assured that a significant number of those lawmakers elected on March 11—when the final votes are tallied—will also be suspected lawbreakers.

As many as one-third of national legislators face at least one ongoing criminal case, and one in five face charges that would merit real jail time if a convicted.

Across India, there is a well-developed nexus between crime and politics. As many as one-third of national legislators face at least one ongoing criminal case, and one in five face charges that would merit real jail time if a convicted. UP’s criminal politicians are, to put it mildly, a colourful bunch. Take Raja Bhaiya, a strongman rumoured to have once stocked a lake on his property with live crocodiles, to which he would threaten to feed his enemies if they crossed him. Raja Bhaiya won election back in 2012 while facing trial in eight criminal cases, including allegations of kidnapping, attempted murder, and banditry. In an ironic twist, he was inducted into the cabinet and given control of the prisons ministry. Or consider the case of Mukhtar Ansari, a political force who fancies himself a Robin Hood figure for Muslims in eastern UP. When asked what people should make of his dalliance with crime, Ansari answered: “Anyone I killed got what they deserved, but it’s not like I killed a boatload of people . . . If anyone troubles the poor, I will murder them.”

Raja Bhaiya and Ansari might come across as extreme examples, but they are hardly outliers. In UP’s 2012 election, as many as 45% of legislators took the oath of office while under indictment for alleged crimes. In percentage terms, this places UP close to the top of the heap of Indian states.

The association between crime and electoral politics dates back to the early pre-Independence years, when political parties would strike deals with strongmen (goondas, in Hindi) to do their dirty work around elections. In the initial years of the republic, politics were dominated by the Indian National Congress, the party that championed India’s freedom from the British Raj. Over time, however, criminals moved from the sidelines of politics to centre stage, urged on by a decaying Congress, rising identity politics, costly elections, and the hollowing out of public institutions. Having accumulated sufficient clout and resources, criminals were no longer content to support politicians; instead, they became politicians. In 1984, reports suggest around 8% of UP’s state-level politicians faced ongoing criminal scrutiny; by 2012, that share had grown more than five-fold.

Having accumulated sufficient clout and resources, criminals were no longer content to support politicians; instead, they became politicians.

The success of Raja Bhaiya, Mukhtar Ansari, and their ilk could easily be chalked up to voter ignorance. After all, UP has lagged behind the national average when it comes to indicators such as literacy or poverty. But in fact, voters in UP, and in India more generally, often have a rational, strategic logic for lending their support to politicians associated with wrongdoing. In places where the rule of law is weak and social divisions (namely, caste, ethnic, and religious differences) run deep, candidates use their criminality as a badge of honour—a sign of their credibility to do whatever it takes to represent their community. This protection involves substituting for the state where it is unable or unwilling to extend its writ: providing law and order, dispensing welfare benefits, settling disputes, or offering a modicum of social insurance. The benefits provided by strongmen are targeted at their own sectarian community, which further deepens divisions between social groups, and tend to be band-aid fixes rather than sustainable solutions in order to perpetuate the mediating role of criminal between state and society.

This year’s edition of UP’s massive democratic exercise will unfold in seven stages over the next four weeks. While candidates are still filing their nomination papers, early indications suggest that the crime-politics nexus shows no signs of dissipating. Of the 836 candidates contesting seats in the election’s first phase, 20% boast pending criminal cases, while 17% face cases of a serious nature. India’s leading electoral watchdog notes that 26 constituencies (out of 73) in this first phase have three or more candidates with declared criminal cases in the fray. These criminal rap sheets, submitted by candidates themselves, are an invaluable resource for keeping tabs on the underbelly of Indian democracy. However, they have not proven to be decisive in shaping voter behaviour. Until governance catches up with popular aspirations, it is a fair bet that UP’s criminal lawmakers will remain on the prowl. 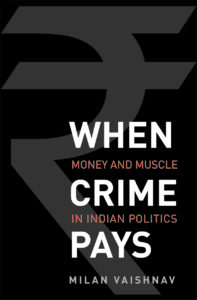 Milan Vaishnav is a senior fellow at the Carnegie Endowment for International Peace in Washington, DC. He was previously a fellow at the Centre for Global Development and has taught at Columbia, George Washington, and Georgetown Universities. He tweets at @MilanV.

The Secret Poisoner: A Century of Murder by Linda Stratmann – a BBC Radio 2 Book Club choice –…