For much of recorded history, the most frequent, horrific, destructive and yet strangely overshadowed form of collective human violence has been civil war. It has shattered communities and scarred imaginations as much as it has shaped nations and staged pivotal moments in world history. Historian, David Armitage, defines and describes civil war over two millennia, from ancient Roman bellum civile to today, with Iraq and Syria as prominent hotspots for concern and debate.

Our exclusive preview below explores what makes makes a war “civil”. 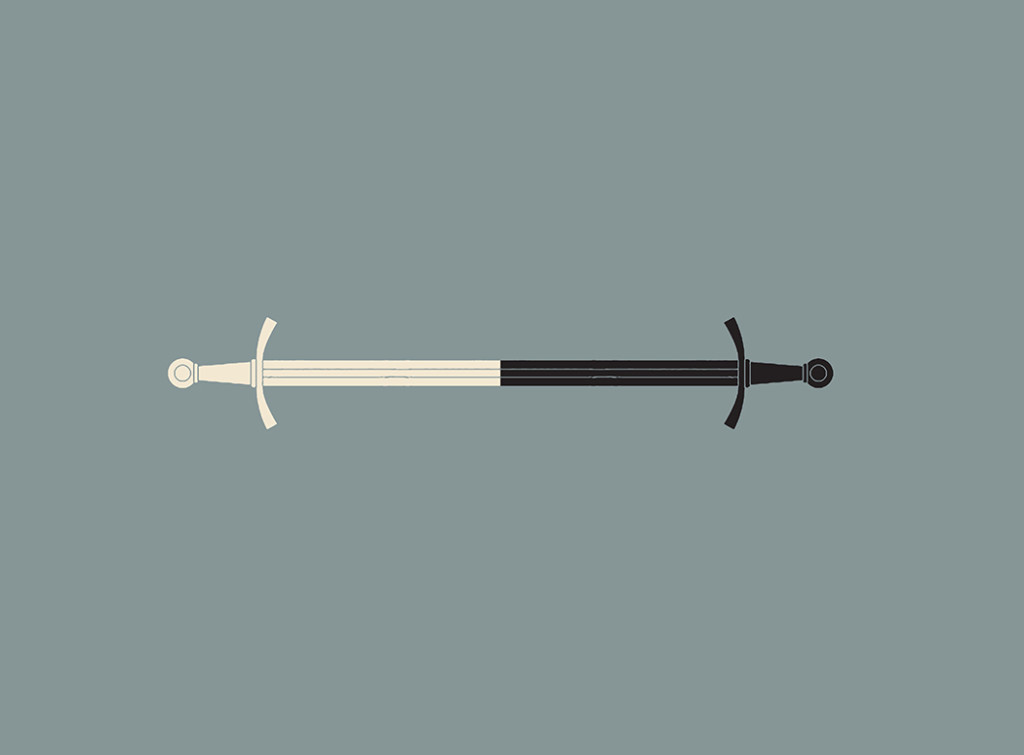 Since 1945, Europe, North America, and countries of comparable wealth elsewhere, like Australia and Japan, have experienced what has been termed a “Long Peace.” Coming in the wake of World War II, this period without war between states now stands as the most enduring in modern history. Previously the calmest moments, within Europe at least, ran from the end of the Napoleonic Wars to the Crimean War (1815–53) and then from the Franco-Prussian War in 1871 to the beginning of World War I in 1914, but the recent international peace in the Global North has already lasted two decades more, even if overshadowed by the Cold War for much of its duration.1 Current global trends are also encouraging. In 2015, the latest year for which figures have been calculated, there was only one interstate conflict, between India and Pakistan, with barely thirty casualties; in the previous year, there had also been only one.2 Despite Russian intervention in Ukraine and the combustible disputes over islands in the South China Sea, the Long Peace increasingly looks as if it might expand and become all-encompassing around the globe.

And yet our own age is plainly no piping time of peace. The world is still a very violent place.3 In 2015, there were more than forty armed conflicts in progress from Afghanistan to Yemen, not counting acts of terrorism, insurgency, or other forms of “asymmetrical” warfare, in which non-state forces attack states or their inhabitants. The activities first of al-Qaeda and now of Islamic State (Daesh) and its sympathisers have brought the weaponry of war onto the streets of the world’s cities, from Manhattan to Mumbai and from Sydney to Brussels. While states may, in fact, be at peace with one another, their peoples can hardly feel at ease or secure amid the effects of conflict taking place afar, where so many still know war within their own borders. The Long Peace stands under a dark shadow—the shadow of civil war.

In the early 1990s, theorists of the “end of history” assured us that capitalism and democracy were poised to blanket the globe, uniting all humanity in the enjoyment of flourishing trade and secure rights. Subscribers to such thinking argued for the so-called democratic peace, the view that as democracy spreads, universal peace would follow in its wake because democracies (they allege) do not go to war with one another. They built on the arguments of the philosopher Immanuel Kant (1724–1804), who in turn drew on the European Enlightenment’s long tradition of discourse on the possibility of securing lasting peace.4 Kant was no naïf; he wryly observed that a Dutch innkeeper had painted the very words “perpetual introduction peace” on his tavern sign alongside a picture of a graveyard, implying that the only true and lasting peace would be the eternal sleep of death. Yet Kant believed that peace among states was “no empty idea” but rather “a task that, gradually solved, comes steadily closer to its goal.”5 Not that perpetual peace would draw any nearer in his own lifetime: the great general and empire builder Napoleon was crowned emperor only ten months after Kant died in February 1804 and would spend the next decade menacing the world. Even so, a little over two hundred years later, many dare to believe that humanity might finally have moved beyond armed conflict between states—that following “the better angels of our nature,” we may well be able to fulfil Kant’s dream and at last “win the war on war.”6 Yet with death and destruction all around us, the peace we have feels more like that of the graveyard. And more than any other form of conflict, the one that has lately filled the graveyard is not war between states, not terrorism, but civil war.

Civil war has gradually become the most widespread, the most destructive, and the most characteristic form of organised human violence.

Civil war has gradually become the most widespread, the most destructive, and the most characteristic form of organised human violence. The decades following the Cold War saw a major spike in its incidence. Since 1989, an average of twenty intrastate wars have been in progress at any moment—about ten times the annual average globally between 1816 and 1989. There have been roughly twenty-five million “total battle deaths” in these wars since 1945, or about half the military casualties of World War II. Even that count does not include wounded, displaced, and dead civilians, let alone all those afflicted by disease and malnutrition. The material and economic costs have been no less staggering. Hard-nosed analysts of global development have focused on the impact of war on growth, factoring in the loss of life and, consequently, of productivity, as well as the value of wasted resources, military spending, the spread of crime and disease, and the disruption of neighbouring economies. The result of their calculations? The annual price tag for civil war has been about $123 billion—roughly what the Global North budgets for economic aid to the Global South each year. Not without reason, then, has civil war been chillingly described as “development in reverse.”7

Wars within states tend to last longer—some four times longer—than wars between them, and in the second half of the twentieth century they have generally lasted three times as long as in the first half. These conflicts are also much more prone to recur than any others, as “the most likely legacy of a civil war is further civil war”; indeed, almost every civil war in the last decade was the resumption of an earlier one.8 Civil wars seem disproportionately to befall the world’s poorest countries—especially those in Africa and in Asia—which the development economist Sir Paul Collier has called “the bottom billion.”9 If the developed world has enjoyed a long peace since 1945, large parts of the global population have undergone an equally long trauma. The Centre for the Study of Civil War in Oslo proclaims all these distinctions on its website, adding, “Yet civil war is less studied than interstate war.”10 It seems that civil war, like the poor, may always be with us. And so long as it is, it will generally afflict the world’s poor.

But civil war shouldn’t also remain an impoverished area of inquiry. As many have noted, civil war has remained undertheorised and resistant to generalisation. There is no great work titled On Civil War to stand alongside Carl von Clausewitz’s On War or Hannah Arendt’s On Revolution; indeed, as we shall see, Clausewitz hardly discussed civil war at all, while Arendt herself dismissed it, along with war itself, as atavistic and antimodern. The post-war German poet and political commentator Hans Magnus Enzensberger (b. 1929) observed in 1993 that “there is no useful Theory of Civil War.”11 So, too, the Italian political theorist Giorgio Agamben (b. 1942) has noted more recently that “there exists, today, both a ‘polemology,’ a theory of war, and an ‘irenology,’ a theory of peace, but there is no ‘stasiology,’ no theory of civil war.”12 Such laments are long-lived, too. It is not my aim to provide an overarching theory of civil war. Nor can I supply that missing treatise. What I can do as a historian is to uncover the origins of our present discontents, to explain just why we remain so confused about civil war and why we refuse to look it in the face.

Since 1945 there have been 259 conflicts around the world that have risen to the level of a war, and the vast majority of those were internal conflicts

Our own time demands an unblinking encounter with civil war. The three hundred years between 1648 and 1945 constituted an era of war between states; the last sixty years appear to be an age of war within states.13 Indeed, this is the most striking change in patterns of human conflict for centuries. According to one widely cited estimate, since 1945 there have been 259 conflicts around the world that have risen to the level of a war, and the vast majority of those were internal conflicts. Since 1989, barely 5 percent of the world’s wars have taken place between states. One has only to think back to the Balkan wars of the 1990s, or to those in Rwanda, Burundi, Mozambique, Somalia, Nicaragua, and Sri Lanka, for instance, to realise how prominent and how deadly internal struggles have been in recent memory, to say nothing of the ongoing suffering of those who live in their wake. To make matters even worse, civil wars do not usually stay “civil” for long. In 2015, twenty of the fifty internal conflicts, from Afghanistan to Yemen, were so-called internationalised civil wars, ones that drew in forces from neighbouring countries or intervention by outside powers.14 Civil war is no respecter of borders. Indeed, it often turns countries inside out, as conflict drives people from their homes in search of safety. The populations displaced by civil war—not least the almost five million refugees from Syria over the course of the conflict there since 2012—are the most conspicuous victims of its overspill. Their plight has fuelled a refugee crisis that will reshape the Middle East, North Africa, and Europe for generations. The attendant challenges to security and stability make it appear that ours is not a world at peace. It is a world of civil war.

David Armitage is Lloyd C. Blankfein Professor of History and Chair of the Department of History at Harvard University. A widely published author, his most recent book is The History Manifesto (CUP, 2014). David is active on twitter with more than 8,000 followers at @DavidRArmitage.

This excerpt is taken from Civil Wars by David Armitage 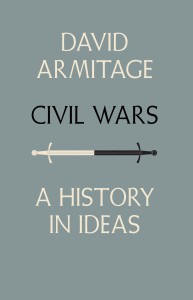 As South Sudan gains its independence, we look at a number of Yale books on African politics, including Sudan:…