Steve Pincus’ latest book, The Heart of the Declaration,  offers a new perspective on the influences that shaped the Founders as well as the nation’s founding document. Below, Steve discusses the misguided parallels between Brexit supporters and America’s Founders who pieced the Declaration of Independence together. 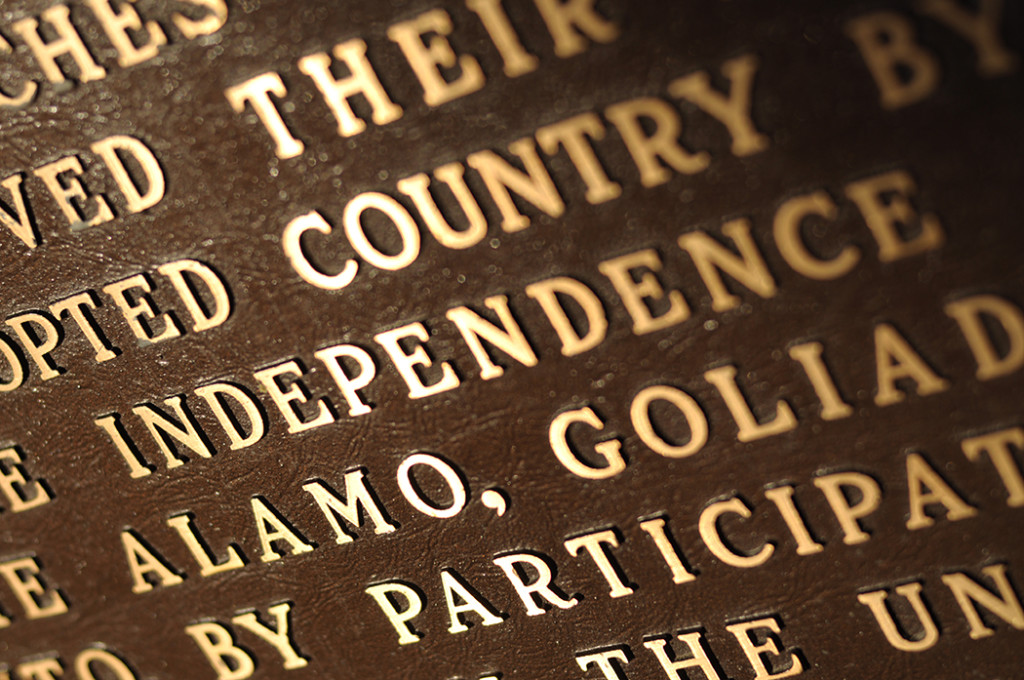 Brexit has generated a lot of independence talk.  British Prime Minister Theresa May has always acknowledged that Brexit initiated a debate about British “sovereignty.”[1]  The Scottish First Minister, Nicola Sturgeon, for her part, recently warned that a hard Brexit would lead her to call for a new Scottish independence referendum.[2]

Many supporters of Brexit insist on the close parallels between the 21st century referendum and the American Declaration of Independence.

Many supporters of Brexit insist on the close parallels between the 21st century referendum and the American Declaration of Independence. But, as I maintain in the Heart of the Declaration, their citing of America’s Founding document is profoundly misguided.  The architects of American Independence favoured strong pro-immigrant policies for the colonies.  King George III’s abandonment of those policies was a major complaint voiced by America’s Patriots in their Declaration.   America’s Founders called for a government that would allow for free movement of goods and peoples.  Far from wanting to exit a single market, America’s founders wanted to expand the areas for free trade.  America’s Founders, like many of today’s Brexiteers from Michael Gove to Joseph Loconte, believed deeply in British exceptionalism.[3]  But unlike the current Brexiteers, the Patriots of the eighteenth century emphasised that prior to 1760 what made the British government exceptional was its commitment to activist and energetic government.

“Independence Day,” a jubilant Nigel Farage, the anti-immigration leader of the United Kingdom Independence Party (UKIP), declared about the results of the June 23rd Brexit referendum.  Days before, in a widely publicised BBC debate the Tory Foreign Secretary Boris Johnson, announced that the day of the referendum would be a new “independence day” for Britain.  British politicians were consciously appropriating America’s Declaration of Independence for their own ends.  When the former Tory Lord Chancellor Michael Gove announced his support for leaving the European Union he explicitly called on his fellow Britons “to act like the Americans who declared their independence and never looked back.”

Politicians and commentators in the United States have similarly drawn misguided parallels between Brexit and the Declaration of Independence.  Speaking in Scotland the morning after the British referendum Donald Trump announced that the British people had voted for “independence,” and for taking “their borders back.”  “The Brexit referendum is akin to our own Declaration of Independence,” Sarah Palin announced, hoping that the “refreshed spirit of sovereignty [would] spread over the pond to America’s shores.”  The conservative columnist George Will, who disagrees with Donald Trump on issues other than Brexit, proclaimed “the 23rd of June can become Britain’s Fourth of July – a Declaration of Independence.”  By exiting the European Union, Britons would be rejecting “a bland leviathan” that had rejected “national sovereignties.”

In fact, the historical parallels run in the other direction.  Instead of demanding to take their borders back, America’s Founders lamented that the British government had stopped the flow of immigrants into North America.  In the Declaration they denounced George III for endeavouring “to prevent the population of these states.”  They blamed George III for “obstructing the laws for naturalisation of foreigners” and lamented that he had reversed decades of British laws that “encourage … migrations hither.”  Like Britain’s pro-Remain politicians today,   America’s Founders were pro-immigrant, valuing the skills that foreign workers could bring and understanding that immigrants purchase manufactured goods, helping to drive economic growth.  “New Settlers to America,” argued Benjamin Franklin, would quickly add their skills to their pool while also providing “a growing demand for our merchandise to the greater employment of our manufacturers.”

The American Founders declared their commitment to common markets in their 18th century call for independence.  Far from wishing to abrogate trade agreements with foreign states, the Founders lambasted the British King George III in the Declaration of Independence for “cutting off our trade with all parts of the world.”  Benjamin Franklin was typical of those who drew up and signed the Declaration in demanding a “free commerce with all the rest of the world.”[4]  Tariffs might become necessary, but only as a last resort. That is why the members of the Second Continental Congress that signed the Declaration also drew up the Model Treaty to establish free trade agreements.

Many defenders of Brexit are suspicious of government and complain about “a growing EU bureaucracy,” as a “bland leviathan.”

Many defenders of Brexit are suspicious of government and complain about “a growing EU bureaucracy,” as a “bland leviathan.”But America’s Founders celebrated the creative potential of the state to promote the general welfare and happiness of the people.  “Government,” the second Continental Congress declared in 1775, “was instituted to promote the welfare of mankind, and ought to be administered for the attainment of that end.”  John Adams, one of the Committee of Five who drew up America’s Declaration, thought that the new document would encourage the development of state-sponsored industries.  In addition to subsidising agricultural products, he thought the states needed to sponsor societies that would encourage “arts, manufactures, and commerce.”   And, following resolutions of the Second Continental Congress, state after newly formed state did exactly that.  When John Adams wrote to his wife Abigail celebrating the adoption of the Declaration of Independence, he highlighted the state-making functions of the document.  He emphasised the lines proclaiming that the new republic perform all “the acts and things, which other states may rightfully do.”  “The form of government which communicates ease, comfort, security, or in one word happiness to the greatest number of persons and in the greatest degree,” Adams concluded, “is the best.”  In this John Adams was far from the Brexiters with their denunciations of big government.  His views have more in common with those of the Scottish First Minister Nicola Sturgeon who celebrated the European Union’s “ability” by “working together to tackle big challenges.”

The ‘England First’ sentiments of many Brexit voters and politicians are closer in spirit to the policies that George III and his minsters pursued in the 1760s and 1770s.  They, too, in the face of an enormous sovereign debt, blamed those outside of England for not paying their share.  “It is now high time,” argued the government economic spokesman Josiah Tucker, that North America contribute substantially to British revenue.  They, too, asserted that England was footing the bill for the welfare of others.  Another government spokesman, William Knox, thought that instead of providing subsidies for American development, the government needed to “raise a revenue” in America.   Members of the Patriot Party in Britain, such as John Wilkes and William Pitt the Elder, and America, such as Thomas Jefferson and George Washington, thought otherwise.  They believed that the best way to pay down the debt was for the government to take action to promote economic growth.  Government stimulus for economic development, argued the influential British Patriot Richard Price, would have generated “a growing surplus in the revenue.”

America’s Founders, unlike today’s supporters of Brexit, wanted a government that supported the free flow of both goods and people.  They understood the economic value to be gained from immigrant populations.  They lamented that George III had cut “off our trade with all parts of the world,” in much the same way that supporters of Remain lament loss of access to European markets.  They wanted a dynamic government that would intervene in the economy to promote growth.  It is those who wanted Britain to remain within the European Union, not their opponents, who share the spirit of the American Founders. 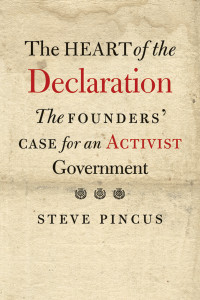 Steve Pincus is the Bradford Durfee Professor of History at Yale University. He is the author of several books on seventeenth- and eighteenth-century British history.

Kent H. Redford and William M. Adams, the authors of Strange Natures: Conservation in the Era of Synthetic…