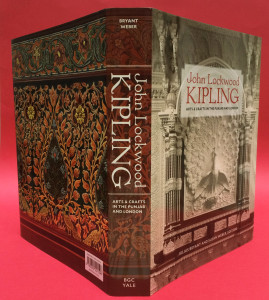 The Victoria and Albert Museum (in collaboration with the Bard Graduate Center, New York) is staging the first exhibition exploring the life and work of the influential artist, designer and social campaigner John Lockwood Kipling. Taking us from his early influences at the Great Exhibition in 1851, through his time as an artist and educator in Bombay and Lahore, before his turn to illustration in the late-nineteenth century, Lockwood Kipling’s curatorial presence and his passion for the art and design practices of India is felt throughout Lockwood Kipling: Arts and Crafts in the Punjab and London at the V&A until April 2017. The exhibition is accompanied by a catalogue published by Yale University Press.

John Lockwood Kipling (1837-1911) trained as a designer for ceramic manufacturers in Stoke-on-Trent. He worked at the South Kensington Museum (today the Victoria and Albert Museum) from 1860 to 1864, casting and installing terracotta decoration for the new buildings. Between 1865 and 1875 he taught at the Bombay School of Art. Lockwood Kipling travelled away from industrial Bombay to find, observe, collect and record the dying skills of the craft tradition as part of village life. Against the trend of British exported goods, colonial taste and academic art school training systems, Kipling championed the revival of local historic crafts and design. In 1875 he was appointed Principal of the new Mayo School of Art (today Pakistan’s National College of Art and Design) and curator of its museum in Lahore. Alongside all of this, Lockwood Kipling would collaborate with his son Rudyard, illustrating many of his works including the woodblocks for the first edition of The Jungle Book (1894). 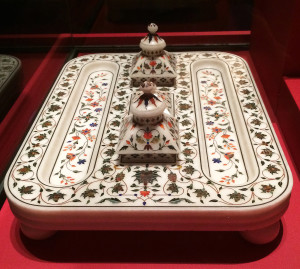 Inkwell, ca. 1850. Lockwood Kipling: Arts and Crafts in the Punjab and London at the V&A, supported by Friends of the V&A

Towards the end of the nineteenth century, after a century of British influence and imports to South Asia, the popularity of the region’s own craft tradition was in decline. Julius Bryant, co-author of John Lockwood Kipling: Arts and Crafts in the Punjab and London and co-curator of the V&A exhibition, dubs Lockwood Kipling ‘the William Morris of India’ for his drive to preserve Indian arts and crafts, alongside his own prolific career as an artist and designer.

With a voracious interest in protecting nineteenth-century craft, Lockwood Kipling was significant in helping to build the V&A’s now world famous collection. More than half of the works on display in the show are from the museum’s own archive, some of which have been restored especially for this exhibition. Lockwood Kipling’s long-established connection to the V&A can be seen in the decorative work he completed on the then-new buildings in the early 1860s. As Julius Bryant quips, an exhibition celebrating a former employee is a first for the V&A! 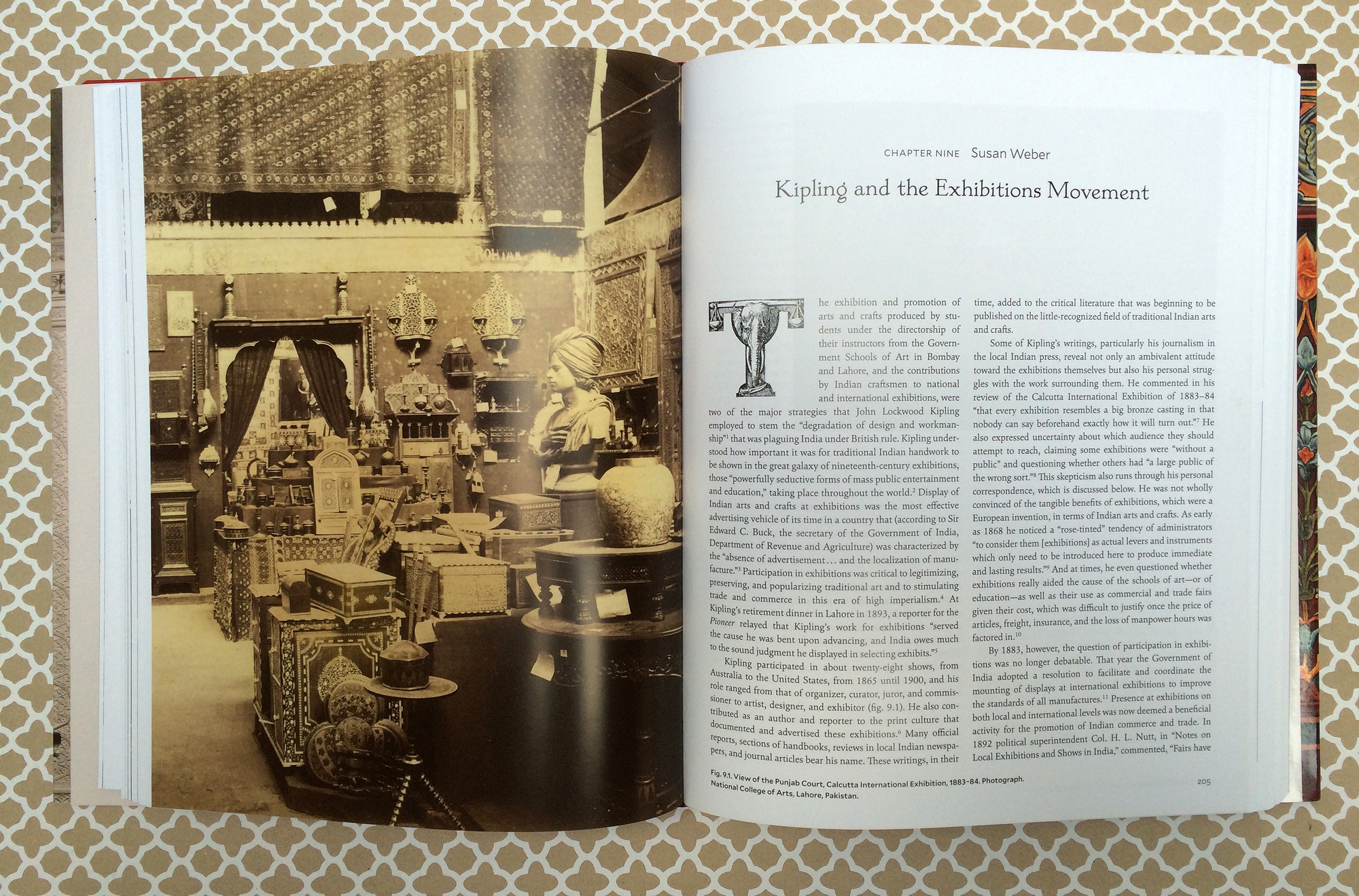 Although Julius Bryant stresses that the emphasis of this exhibition is on the career of Kipling senior, the spirit of his son Rudyard races through the show. There are several astonishing pieces on display that give an insight into Lockwood Kipling’s work as an illustrator, many of which accompany his son’s writings – and Rudyard Kipling also features as a subject in father Lockwood’s illustrations and prints. There is one exhibit that even – somewhat prophetically – depicts the young author-to-be Rudyard alongside Homer and Dante. An exploration of both figures, their working relationship and the father-son dynamic can be found in the catalogue, written by V&A senior research fellow Sandra Kemp.

Lockwood Kipling’s career as an illustrator began in his time in Lahore from 1875 and continued after his return to England at the turn of the century, and is also detailed in Elizabeth James’s chapter for the exhibition catalogue ‘Kipling and Book Illustration’. With book design and illustration making up the bulk of Kipling’s work as an artist, the exhibition excels at highlighting the significance of his illustrative work alongside his other artistic work and wide-ranging interests. 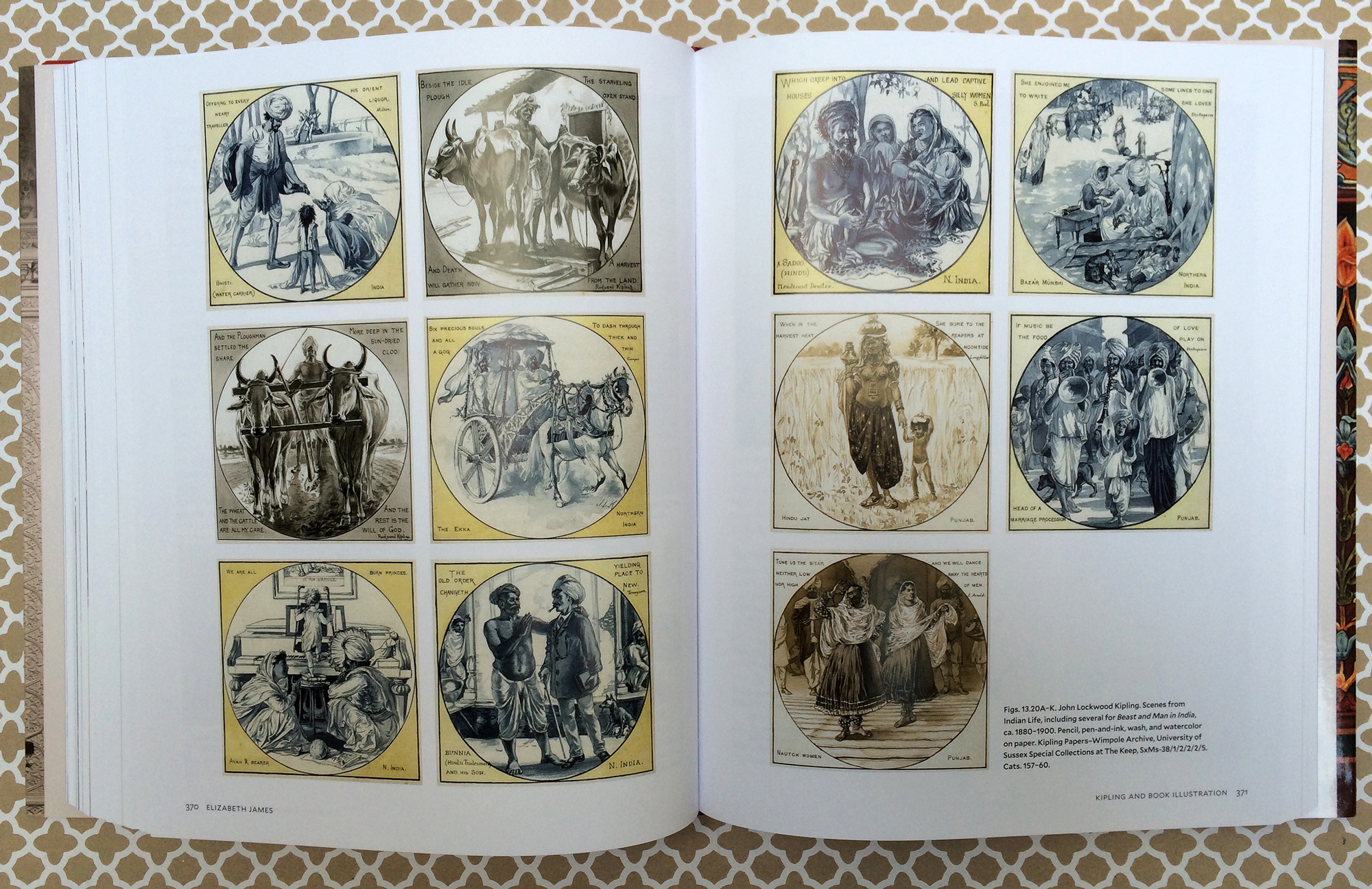 Coinciding with a year-long British Council programme celebrating cultural exchange between the UK and India that marks 70 years since partition, this exhibition and its expertly researched and extensively illustrated accompanying catalogue are an indispensible introduction to John Lockwood Kipling and his central role in appreciating and preserving Indian Arts and Crafts in Britain.

Lockwood Kipling: Arts and Crafts in the Punjab and London is on show at the V&A, London, until April 2017.

John Lockwood Kipling: Arts and Crafts in the Punjab and London by Julius Bryant and Susan Weber, is available in stores and online. 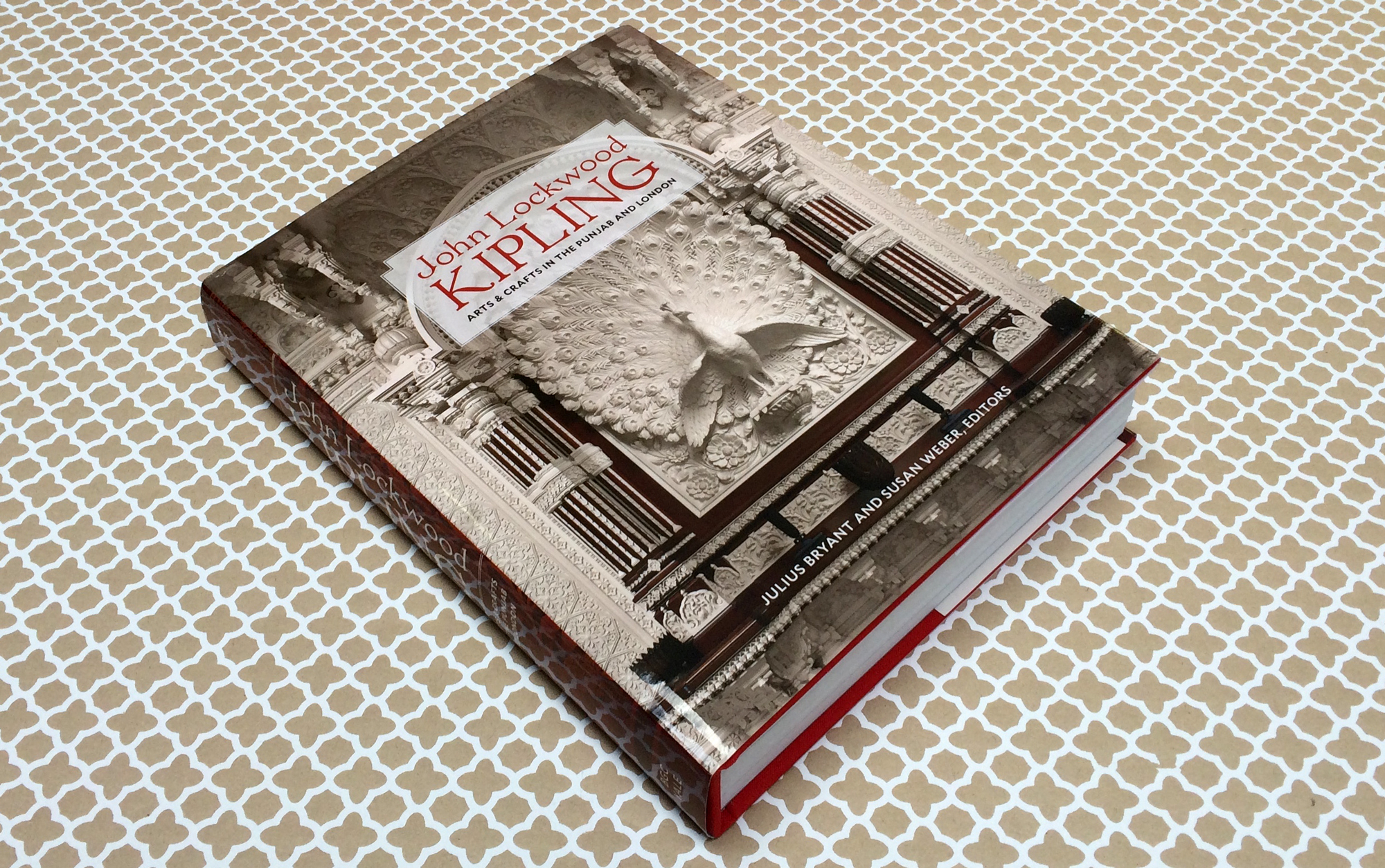 For February’s bookshop of the month, we make our way to Shoreditch, London – where Libreria calls home….