‘It is a joy to hold and a revelation to read.’

For our staff books of the year part three our sales representative for Scotland (who is also a graphic designer) admires the production values of The Eva Hesse Diaries, set to be a design classic. Also selected is The Long, Long Life of Trees by Fiona Stafford, which has been widely reviewed, garnering more than a few arboreal puns along the way. 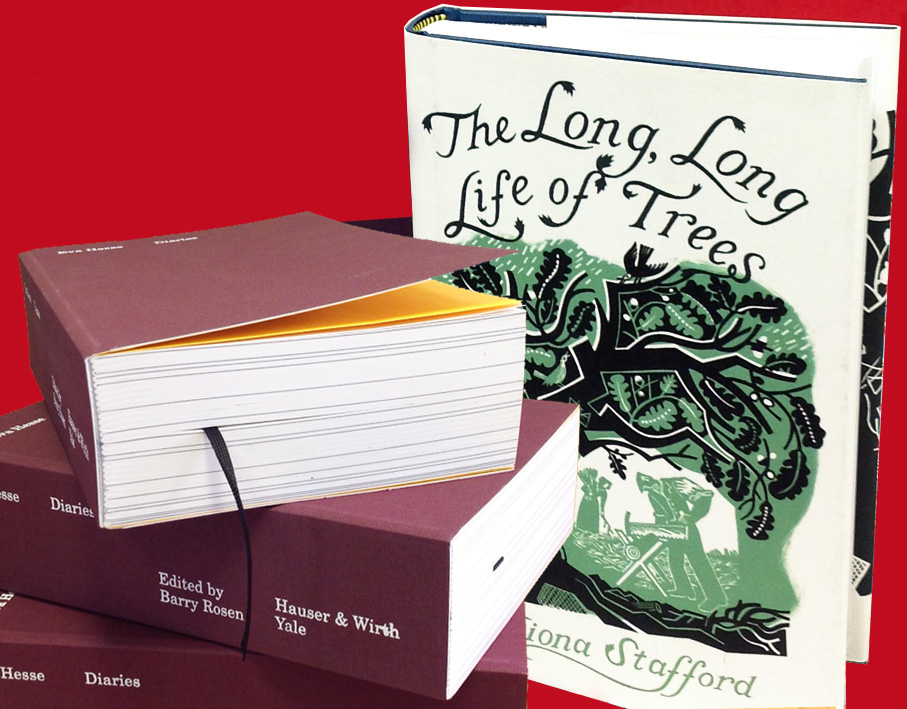 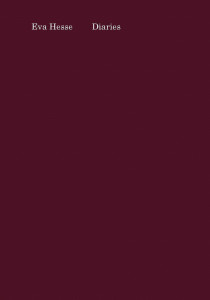 Yale University Press has a solid history of publishing books about the American sculptor Eva Hesse. In 2013, soon after I began working for Yale, Eva Hesse 1965 was published, a fascinating book that documents the pivotal year that Hesse turned away from painting to drawing and sculpture. The publication of Diaries adds to the impressive collection of books published by Yale about Hesse.

Hesse kept a diary for most of her life and Diaries includes, apart from one volume, all of her diaries, from 1955 to 1970, when Hesse died, aged 34, of a brain tumour. As well as offering insights in to the artist’s personal life and practice as an artist, the diaries also reveal Hesse’s sometimes fragile mental state, often poetically written.

The book is cleverly designed by NORM, an experimental graphic design group from Zurich, with Johannes Breyer from Berlin: the typography is simple and unobtrusive, and creates sense and order from Hesse’s handwritten entries; the paper choice is an elegant soft white; and the sections of the book are marked by pages of black, perfectly printed by Druckerei zu Altenburg. This compact book, with soft plum-coloured fabric cover has an Otabind binding that allows the book to lie flat, as well as a black ribbon marker, and orange endpapers: it is a joy to hold and a revelation to read.

Aside from books on art and design, my favourite book this year has been The Snack Thief by Andrea Camilleri. Inspector Montalbano on Saturday night on BBC Four has long been a guilty pleasure, and Camilleri’s books include even more evocative details of the food, culture and landscapes (but especially the food) of Sicily, as well as the bureaucracy and corruption of the Italian authorities. I particularly enjoy reading Montalbano’s often humourous internal monologues.

Always a difficult question, but the author that I most look forward to reading is Alan Hollinghurst, who, sadly, hasn’t published a novel since The Stranger’s Child in 2011. Hollinghurst manages to combine perfect prose with compelling narratives and insights into the human psyche, as well as a strong sense of time and place. I first read Hollinghurst’s first novel, The Swimming Pool Library in 1988, the year it was published, and the year that I graduated from the Slade School of Fine Art: for me, that book captures a very particular moment in London, and also carries strong memories of feeling – for the first time – post-university, like an adult in London.

Yale Book of the Year: The Long, Long Life of Trees by Fiona Stafford 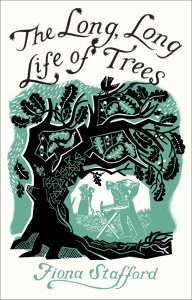 A book that I will be giving to people this Christmas is Fiona Stafford’s beautifully produced The Long, Long Life of Trees. A passionate enthusiast, Fiona Stafford guides us with effortless erudition through the scientific, cultural and mythological existence of her chosen trees. So in her chapter on the common birch we learn that ‘birch tea’ is recommended for gout and that birch sugar kept General Garrett’s troops alive in the American Civil War. That the Wordsworths were delighted to come across lemon coloured birch in the woods near Ullswater, while John Clare discovered its bark was a substitute for the writing paper he couldn’t afford. Reminding us that Robert Frost in his famous poem ‘Birches’ dreams of climbing up ‘a snow-white trunk / Toward heaven,’ Fiona Stafford’s own observations are often engagingly lyrical. Lone trees in the Himalayan landscape ‘look like cracks in the vast mountainsides’, and a clump of aging silver birches ‘resemble a disconsolate zebra.’  The curiosity and delight that animate this book are entirely infectious.

It would have to be Francis Spufford’s magnificent romp of a novel set in pre-revolutionary New York, Golden Hill.

Italo Svevo, friend of Joyce and surely the funniest modernist you’ll ever read.

Origins of a ‘pre-internet blog’: The story of Witold Gombrowicz’s seminal and controversial ‘Diary’

The controversial Diary of the eminent polish author Witold Gombrowicz, has now been published in English after years of being out of print….