The Moral Economy: Why Good Incentives Are No Substitute for Good Citizens 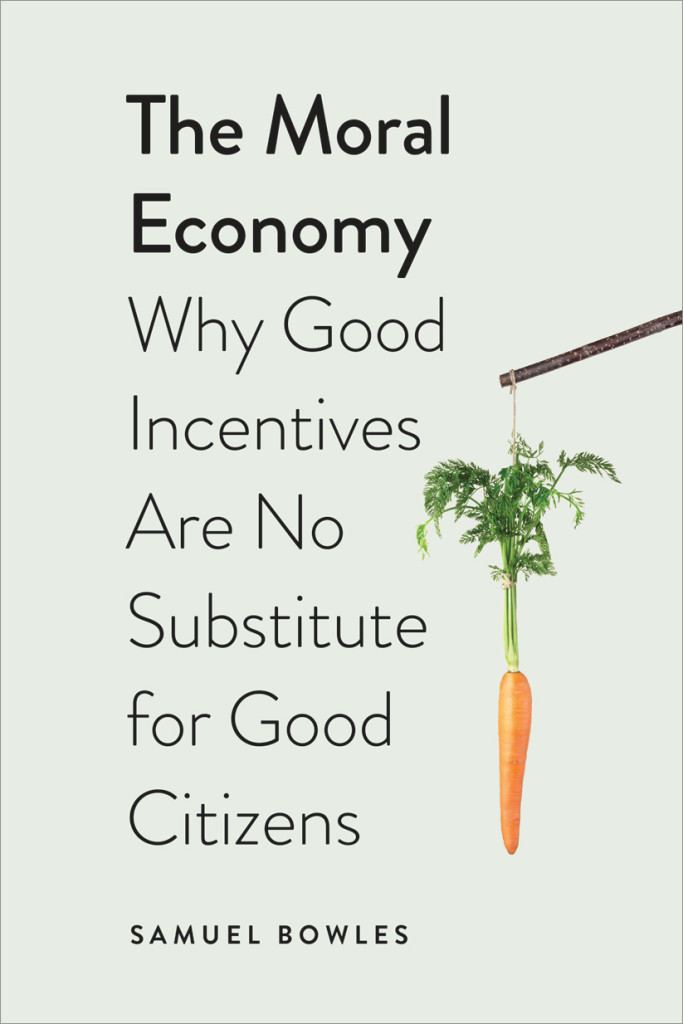 Samuel Bowles is an economist and behavioral scientist who has now become an ethicist. The Moral Economy is one of those rare books that delivers on its title. It transcends the usual silos of economics, psychology, and political science in order to answer fundamental questions about human motivation, and the ancillary policy question, how does government encourage people to do the right thing? His answers are evidence-based and yes, there are some charts, but in the end his reasoning is more about philosophy than economics. The arguments Bowles presents are a tour de force of Western thought about man’s relationship to society, peppered with results of recent behavioral experiments I found both fascinating and counterintuitive.

Bowles believes (and he will find many in agreement) that economists have lost the plot. He is known for his life-long study of inequality and redistribution of wealth which would certainly place him on the liberal spectrum, and in the tradition of John Rawls. Justice has been central to much of Bowles’s writing, but in this work he moves from Adam Smith’s Invisible Hand to Aristotle’s belief that good citizens are what hold society together. He says that incentives must take into account our human desire to be altruistic, or they will miss their mark.

Bowles especially objects to the idea of markets as “morality-free zones” because they simply don’t regulate themselves. He quotes a naïve editorial in The New York Times published after the 1987 stock market crash:

Perhaps the most important idea here is the need to distinguish between motive and consequence. Derivative securities attract the greedy the way raw meat attracts piranhas. But so what? Private greed can lead to public good. The sensible goal for securities regulation is to channel selfish behavior, not thwart it.

We all know how that ended, twenty years later—not well.

Citing behavioral evidence, Bowles has cycled back to a more classical view of human nature based upon values rather than transactions. He traces “The long road from Aristotle’s Legislator inculcating good habits in citizens, to a system of economic governance and law for “bad men” that began in the sixteenth century with Niccolò Machiavelli.”

The evolution of Bowles’s thinking over time can be seen at a glance in two word clouds created by his colleague Columbia economist Suresh Naidu for his 75th birthday. The word cloud for The Moral Economy centers around a single dominant word, Good.

This compares with one of his earlier works in 1993, “Contested Exchanges” with Herbert Gintis, in which the keywords are exchange, enforcement, and markets.
Bowles’ thesis is not just that people are motivated by more than economic incentives or disincentives. Rather, he says that trying to change people’s behavior through economic means might have the exact opposite effect, by eliminating altruistic behavior that might otherwise achieve the same goal.

Bowles gives the example of a school in Haifa, which is plagued by the late arrival of parents picking up their children. The school decides to institute a penalty, and sends out a memo to the parents. The surprising result? Late arrivals increase instead of decrease. Now that the parents know the exact cost of being late, they feel free to engage in a commercial exchange for that purpose. Perhaps previously they felt guilty about keeping the teachers past their working hours. Now, they can pay the price without any further moral obligation. Tardiness has been given a price tag. Through pricing, the school has communicated a message and conveyed information that resulted in worse, not better behavior.

Of course, it could be that the late fees were simply too small and the parents took advantage of this. Bowles intention is to give an example of “crowding out” of moral behavior through transactional means. The school’s new policy in effect created a moral detour.

Bowles makes the point, supported by experiments, that reliance upon moral principles or intrinsic motivation produces more optimal results compared to economic incentives alone. If this runs counter to expectations, it is because economists based their false assumptions about homo economicus on the concept of “separability”.

To economists…the unspoken first first principle was that incentives and morals are additively separable, a term from mathematics meaning that the effects of variations in the one did not depend on the level of the other…You have already seen where it can go wrong. The firemen’s sense of duty toward the citizens of Boston was not separable from their self-interested regard for their own pay: a policy addressed to the latter appears to have diminished the former.

Bowles is referring to a change in policy by the Boston Fire Commissioner, who noticed that firemen took more sick days on Monday and Friday. He decided to end the policy of unlimited sick days that had been based upon a system of trust, and limited them to 15 per year. The result? Boston firemen took twice as many sick days the first year of the new policy as they had during the previous year. In other words, people are more strongly motivated internally than externally-virtue cannot be bought. He quotes Confucius: “Guide them with government orders, regulate them with penalties, and the people will seek to evade the law and be without shame. Guide them with virtue, regulate them with ritual, and they will have a sense of shame and become upright”.

Bowles cites a study of the success rate of West Point Academy students. Those who attended West Point for intrinsic, idealistic reasons (to help my country) had more of a chance of becoming commissioned officers than those who matriculated for instrumental reasons (a high-paying career). The lesson for school administrators wishing to improve their success rate at producing officers? Increasing financial or tangible incentives to attend West Point, based on results of the study, might actually have a negative effect.

Based upon Bowles’ work, policymakers in the thrall of behavioral economists should tread carefully. Obamacare is one of the biggest experiments ever in behavioral economics, and was designed by its practitioners. In order to penalize smokers, insurance applicants were given a 50% surcharge on the new exchanges. Instead of encouraging them to stop smoking or increasing revenues from premiums, what happened in practice is that many decided not to sign up at all: Americans Are Skipping Obamacare So They Can Smoke. This is in spite of penalties for those who remain uninsured.

Jonathan Gruber, the economist behind the American Care Act, had written extensively about “sin taxes” and smoking, in particular in his article, The New Economics of Smoking which advocated large penalties for smokers. This might not even make sense in terms of health care costs alone, since smokers’ earlier mortality might offset their burden on society. So according to Bowles, what would be a better policy response? That depends on the goal which I imagine is not trying to stop people from smoking, but getting more people to sign up for insurance, thus spreading the costs of health care more evenly overall. In that case I would say treating smoking as a pre-existing condition would at least be neutral if not positive in terms of the overall sign up rate.

A Moral Economy is a book that is heavy going at some points, given its intellectual rigor and depth–I have to say I have not heard Spinoza quoted for some time. Non-economists can be excused for skipping over some of this. But the book has real implications for policymakers, who in order to be effective need to look at citizens not just as economic units, but as human beings who also act upon their moral beliefs and habits.   Bowles brings us back again to the Aristotelian Legislator, “to encourage civic action by appealing to both material interests and moral sentiments, framed so that the two work synergistically rather than at cross purposes.”

You will find a video of Professor Bowles discussing his book with greater clarity here: https://youtu.be/0aMSuQJl1CQ 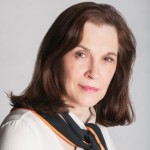