Most accounts of Syria’s brutal, long-lasting civil war focus on a domestic contest that began in 2011 and only later drew foreign nations into the escalating violence. Christopher Phillips – an expert in the International Relations of the Middle East and author of new publication The Battle for Syria – argues that, in fact, the international dimension was never secondary and actually played an important role in fuelling the conflict.

In the first article in a two-part blog series, Christopher unpacks the international influence in Syria’s civil war, answering the question: What has been the impact of international involvement? 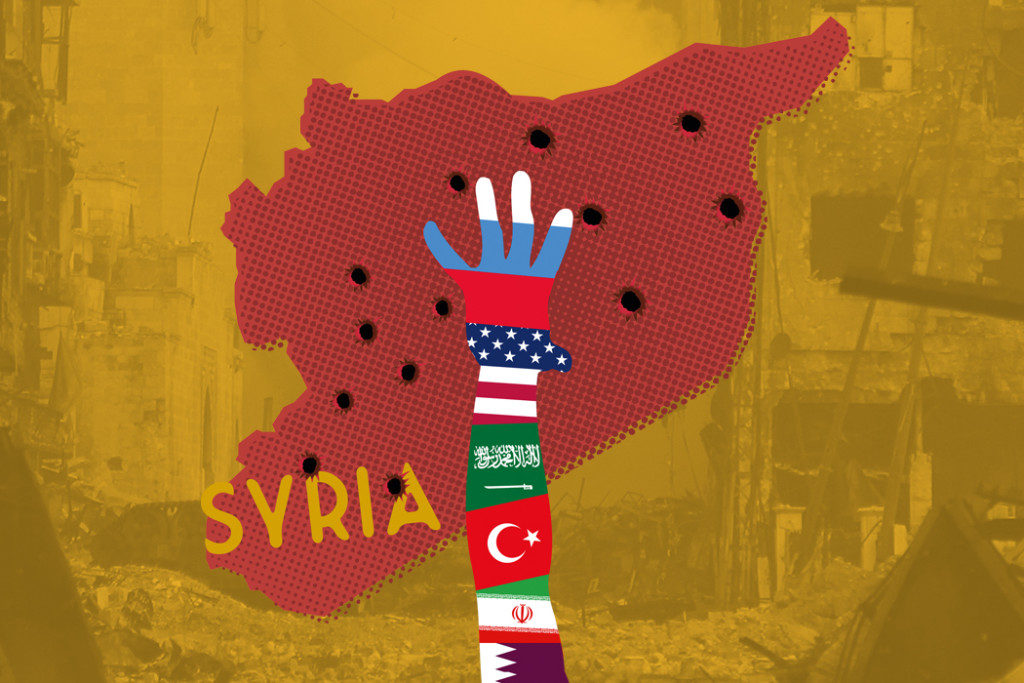 Battle for Syria, Part One:

What has been the impact of international involvement in the Syrian civil war?

We cannot understand the Syrian civil war without understanding the complex web of international relations surrounding it: what I have called an external ‘Battle for Syria’ that occurred alongside and greatly influenced the internal struggle. The common understanding of the conflict focuses primarily on internal dynamics. The brutality of the Assad regime combined with the incompetence and disunity of the opposition led to a violent and intractable civil war. The role of international actors has often been presented as secondary: sucked in once the war began to pursue their own regional or global agendas. However, I would challenge this interpretation. International factors should be at the centre of our understanding of the war. This is not to deny agency to either Assad or his opponents, nor to indulge in conspiracy theories that either acted as an agent of a foreign power from the beginning. The Syrian conflict is complex and multiple factors have driven and shaped it. However, external factors have played a vital role in framing, enabling and facilitating the war from the very start not simply playing a role once foreign actors got sucked in later on.

The international dimension has impacted the war in three crucial ways. Firstly, the international and regional environment in which Syria’s uprising began was key to its transformation from largely peaceful demonstrations against President Bashar al-Assad into a civil war. Theorists note that civil wars are more likely in states neighbouring recent civil wars that share ethnic ties with people in those previous conflict zones. Syria neighboured and shared ethnic ties with three states with recent civil wars: Lebanon, Iraq and the Kurdish region of Turkey, meaning that weaponry and weapon supply networks were easy to come by. On top of that, the regional order that had defined the previous two decades – US dominance and perceived hegemony – was coming to a close. The failures of the 2003-11 occupation of Iraq, the decreasing importance of Gulf oil, economic and military retrenchment following the 2008 Financial Crisis and the election of Barack Obama who criticised his predecessor’s military adventures all prompted a reluctance in Washington to continue the active involvement of the past. This meant that when unrest erupted in Syria there was little appetite in Washington to wade into another Middle Eastern quagmire. In contrast new regional powers were battling to increase their position in the vacuum. Ambitious states like Qatar, Turkey and later Russia viewed unrest in Syria as an opportunity. Iran, which had boosted its regional clout in the aftermath of the 2003 Iraq war, feared that this position could be compromised should its long standing ally Assad fall from power. Its great regional rival, Saudi Arabia, alternatively saw Syrian unrest as a means to reverse Tehran’s regional gains from the previous decade. The demonstrations in Syria came amid considerable geopolitical shifts, and international players prioritised their regional goals over reducing the chances of war.

‘External factors have played a vital role in framing, enabling and facilitating the war from the very start’

Secondly, the decisions made by leading states in the year following Syria’s first protests and Assad’s repression, played a major role in escalating the uprising. Numerous studies have examined how domestic conflicts can be escalated by external powers, from providing weapons or finance to either side, to encouraging allies to pursue a military solution to a dispute. Even the expectation of external support from domestic actors can lead them to instigate violence. Despite being initially cautious, by summer 2011 external actors were actively encouraging armed conflict. In August 2011 western leaders, led by Barack Obama, called for Assad to stand down. Yet Obama had no intention of militarily forcing Assad’s departure. He and his team believed that Assad’s regime was soon going to crumble anyway and wanted to appear on ‘the right side of history’ with domestic and international supporters. Importantly, this politically-motivated position over-ruled the advice of western diplomats in Damascus who argued the Assad regime was structured differently to other Middle Eastern regimes that had fallen in ‘the Arab Spring’ and was still far from collapse. Caling for Assad to go sent the wrong message to both regional powers and the Syrians. Many interpreted this as a declaration that regime change in Syria was now US policy. For Iran and Russia, who were both adamantly opposed to any kind of western-led regime change, any doubters were persuaded to get fully behind Assad, seeing him as a line of defence against US expansion. For Qatar, Saudi Arabia and Turkey, the US shift helped them to abandon Assad and, wrongly believing this meant the US would now send military support, they started to support newly formed militias inside Syria.

Thirdly, once the war was underway, the policies pursued by regional and international actors shaped and impacted its character and, importantly, ensured that it continued. External actors shaped the war by contributing to the divisions within the opposition. Political opposition groups such as the Syrian National Council and then the Syrian National Coalition began in a difficult position coming together after the Assad regime forbade genuine political opposition for over 40 years, but pre-existing divisions were greatly exacerbated by Qatar and Saudi Arabia who backed different factions. A similar story played out with the armed fighters. Again the starting position was weak, with many armed groups formed locally making it difficult to forge a united national leadership. However, Qatar, Turkey, Saudi Arabia and later the US exacerbated these divisions by covertly supporting multiple different groups, including some radical Islamists.

External actors also helped prolong the war through intervention.  Past conflicts have shown that while intervention on one side can hurry a conflict’s end, a ‘balanced intervention’, when actors intervene on each side, lengthens wars by creating a stalemate. That has been the case in Syria. Assad’s allies Russia, Iran and Hezbollah have given the regime the tools to keep fighting, including finance, diplomatic support at the UN, fighters and now Russian aerial support. Assad’s enemies have been willing to give less than this, mostly just finance and weapons and limited political support, but it has been enough to balance against the regime. In essence, external players have given the sides enough to keep fighting, but not enough to win, creating stalemate. It is worth noting that past conflicts have also shown that the more actors involved in this balancing, the longer a civil war is likely to last. These actors are unlikely to cease their involvement until their independent agendas are met and the more agendas in play, the more difficult for any resolution to satisfy all players. So far the US, other western states, Saudi Arabia, Qatar, Turkey, Iran and Russia, plus the non-state actors, Hezbollah, the PKK, and ISIS have all intervened in some capacity. That’s a lot of independent agendas to satisfy to get the war to end. 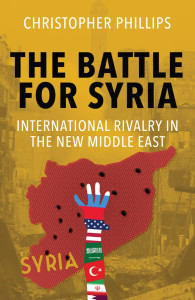 Earlier this month we took a look at January’s Book of the Month, The Very Hungry City by Austin Troy, which…