To coincide with the publication of his new book The Edge of Reason, we invited Julian Baggini to address the general downward trend of reason and rationality in public discourse. The result is a fascinating podcast, in which Julian argues that we need to recover our rationality and reassess its proper place in areas such as religion, science, politics, psychology and economics. 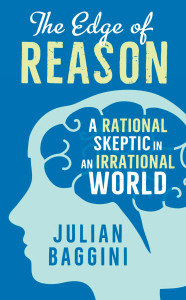 We have lost our reason, and our loss is no accident. Gradually, the contemporary West has become more and more dismissive of the power of reason. Caring for it less, we often find we have carelessly left it behind. When we do try to use it, we’re not quite sure how to do so. We have become suspicious of its claims, unwilling to believe that it can lead us to anything worthy of the name ‘truth’.

…In the popular imagination, reason has ceased to be a universally admired faculty and is portrayed as the enemy of mystery and ambiguity, a cold tool of desiccating logic. It is seen as standing in opposition to emotion, denying the role of feeling and sentiment in daily life. Rationality is dismissed as a tool of hegemonic oppression, a patriarchal construct, a Western imposition or a mistaken privileging of one hemisphere of the brain over the other. The Enlightenment is no longer almost universally revered but often condemned as the birth of the age of dehumanising industrial capitalism, the start of the road that led to Auschwitz. Popular culture has absorbed bastardised versions of many of these ideas, and it is now widely believed that we are guided more by genes, manipulative corporations and unconscious psychological biases than we could ever be by reason.

Julian Baggini on The Edge of Reason 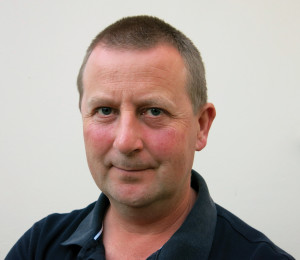 Julian Baggini is a philosopher, cofounder of The Philosopher’s Magazine, and author, coauthor, or editor of more than twenty books, including his most recent work Freedom Regained: The Possibility of Free Will.

Top Brass – The Trumpet and its Legacy: Author article by John Wallace

Trumpeter John Wallace is Principal of the Royal Scottish Academy of Music and Drama in Glasgow. His book…