As Christmas nears closer and the cold weather begins to set in, it’s the perfect time to catch up on those box sets you keep meaning to watch. To help you decide where to start, we are sharing 4 short excerpts from new publication Play All: A Bingewatcher’s Notebook by the celebrated cultural critic – and ‘godfather of television’ – Clive James.

For Fans of Epic War TV

Clive on BAND OF BROTHERS

Band of Brothers helped to establish a ground rule for the long-form TV serial: that the range of emotional effect trumps spectacle. The night sequence where the planes arrive over Normandy and are chewed up by the flak, and some of the young men die even before they have gone into action, is hellishly well done: the CGI  effects are almost up there with the authentic footage used in the Iwo Jima invasion sequence in The Halls of Montezuma all those decades ago. But the sequence in which the nurse simply fails to appear has an effect at least equal to it. And the effect is achieved by a lavishness that goes beyond an outpouring of budget; it is achieved by a lavishness of writing. Care has been taken. The true wealth of the box set always begins in the writer’s room, where the cards that bear the names of the scenes and sequences are shifted around and further annotated until the episode reveals the nervous system from which it will expand into a living fiction: that is, into a manageable reality.

For Fans of Serious Crime Dramas

Clive on THE WIRE

I saw my first episode of The Wire when I was in Australia, and I flew home to England already programmed to buy a box as soon as I landed. The first character to catch my eye and ear was Jimmy McNulty, played by Dominic West, the Eton alumnus who came to world prominence through a switch of accent and a plunge into the unknown. In a context where most of the cops, like most of the crooks and victims, are black, there was no compulsion to make the hero white except to avoid the same ratings as a rerun of Shaft on a junk channel in the early morning. As things turned out, The Wire never did get the ratings, just as it never got the awards; but it was an instantaneous and enduring succès d’estime with an intelligent audience worldwide, and if my own case counts, then that appreciation had something to do with gratitude for seeing the question of color treated with such bravery, which is to say, with such a lack of sentimentality.

Clive on THE GOOD WIFE

From the politically correct angle, it’s The Love Boat brought up to speed. Nor can you fault the show’s attitude to gender equality and female fulfillment. As to gender, it has everything from the insatiably ambitious Diane Lockhart (Christine Baranski) right down to—or up to, if you prefer—the glitteringly gifted new hire Candace Frawley (Tonya Glanz), who clearly could go all the way but prefers to go home and raise a family. As to sexuality, it has Kalinda Sharma (Archie Panjabi), she of the big boots and the little legs, who keeps us, and half the characters whether male or female, erotically fascinated throughout the show: a vamp for all seasons, and it isn’t even her fault. Her eyes were made for us to drown in, and for her to watch us struggle. (The rumor that she might be written out in season  6 induced global apprehension.)

The men’s haircuts are exactly right, like their clothes. The women’s clothes are so right that it aches: underneath, the foundation garments must be firmly in place. Everything graphic has been reproduced from scratch, thus avoiding the usual anomaly of art direction by which people in days gone by read old-looking magazines. Even those of us who were alive at the time will find it hard to find a fault, and those who weren’t might well be led to believe that the atmosphere of a high-powered advertising agency has indeed been captured. Pulsing below ceilings that are almost always in shot—the camera spends half its time aimed up from below eye level—the pressure cooker is practically bursting with angst, ambition, and sexual tension. No hand-held shots; no Steadicam shots; even the technique is of the period. This, you are led to think, is the thing itself. 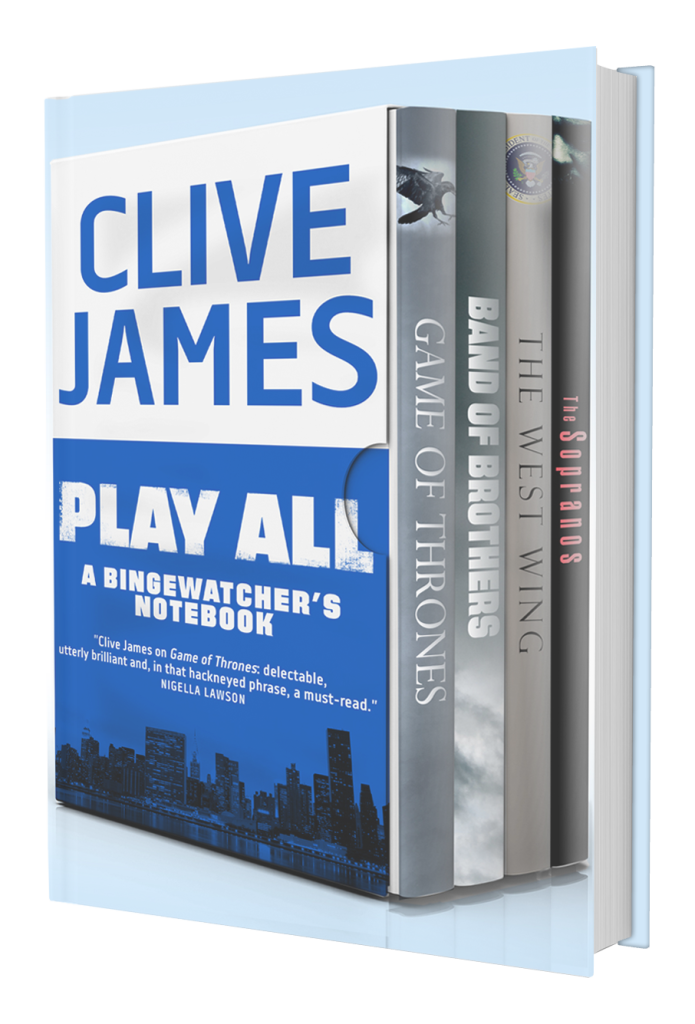 Feature images have been sourced from wikimedia commons

Easter and Medieval Food by Chris Woolgar, author of The Culture of Food in England, 1200–1500 Chocolate eggs,…