‘No one can escape from DADA.’

Ruth Hemus, an expert on the early 20th century Avant-Garde and author of Dada’s Women, describes the events that are marking the centenary of the Dada movement, in Zurich during 2016.

‘DADA lives!’ Throughout 2016 Zurich has been celebrating the beginnings of the Dada movement with a remarkable variety of events that pays homage to its renown in cultural history. When in March 1916 the German poets and performers Hugo Ball and Emmy Hennings issued a call to arms to the city’s young artists and writers to come to the Cabaret Voltaire, they might have ambitiously aimed for but could scarcely have forseen the reach of the short-lived but explosive movement that emerged there, let alone predicted that it would still be fêted one hundred years later.

From neutral Zurich, it spread to other cities including Berlin, Paris and New York, taking on different turns according to politics and personalities. Swiss-born it may have been, but its parentage and progeny were decidedly international.

The centenary year has reminded us of the diverse and resourceful network of people that made, wrote and proclaimed Dada. From March through to July The Cabaret Voltaire, now once again a stage for creative communities, staged one hundred and sixty five early-morning tributes to Dada individuals. At the Kunsthaus Zurich Tristan Tzara’s unfinished project to create a transnational anthology was followed through in Dadaglobe Reconstructed. The exhibition layout highlighted correspondence and movement across boundaries and has itself transferred to MOMA in New York. Dada Afrika, meantime, which started at the Museum Rietberg and opens in August at the Berlinische Galerie, highlighted the avant-garde’s interest in cultures in the plural for artists and writers weary of failures in European structures. Each of these events reminds us of Dada’s heterogeneity and eclecticism.

Interventions by women were on show in each of the instances. The Cabaret Voltaire’s series of celebrations took the expansive approach to participants and place favoured by Tristan Tzara in his 1920 list of ‘Présidentes et Présidents’ and included some twenty-five women artists, writers, singers and dancers. In Dadaglobe Reconstructed viewers could see images that individuals had chosen to send to Tzara – from the prolific Swiss artist and designer Sophie Taeuber’s photographic portrait of herself with one of her sculpted Dada heads, to mechanomorphic collages from Paris by the lesser-known Duchamp, Marcel’s sister Suzanne. In Dada Afrika Taeuber’s beaded jewellery and Hannah Höch’s photomontages were crucial reference points. Höch’s satirical representations of beauty, ethnicity and sexuality drew directly from the illustrated magazines of interwar Berlin, but still resonate in today’s visually-saturated and manipulated global visual culture. At the Haus Konstruktiv Dada Differently devoted itself entirely to three Dada women. Alongside Taeuber and Höch, the inventive poetry, readymades and eccentric body dressing of the New York based Baroness Elsa von Freytag-Loringhoven were underscored.

The most effective showcasing of Dada’s Women was the exhibition Die Dada La Dada She Dada, which stole a march on the centenary by launching in October 2014 at the Forumschlossplatz Aarau, and which travelled to two more venues (Kunstmuseum Appenzell and Manoir de la Ville de Martigny) into early 2016.

Curators Ina Boesch and Nadine Schneider cast a spotlight on five women – Höch, Taeuber and the Baroness, plus Angelika Hoerle from Cologne and Paris-based Céline Arnauld – and also produced a slideshow drawing on research into some sixty individuals. This was the first ever exhibition to focus on Dada women and aptly drew attention to performance and literature as well as painting, photomontage, objects and textiles. Five Swiss artists – Judith Albert, Elodie Pong, Anne-Julie Raccoursier and Anka Schmid – were commissioned to produce new video work, each in dialogue with a Dada woman. Their responses did justice to their forerunners’ innovations with new materials and technologies and brought contemporary meanings for the twenty-first century. Arnauld’s work was further brought to life by a production Vergessenes Gelächter (Forgotten Laughter). This two-person theatrical performance of music and words saw a unique arrangement of the Romanian Arnauld’s own creative writing, translated from French into German. With a transfer to the Schauspielhaus Zurich in June, a forgotten voice was revitalised.

At a She Dada symposium at the Cabaret Voltaire in March, organised by Boesch, we looked back to some of Dada’s women, wondered at their visibility in the present schedule, and looked forward to their legacies. 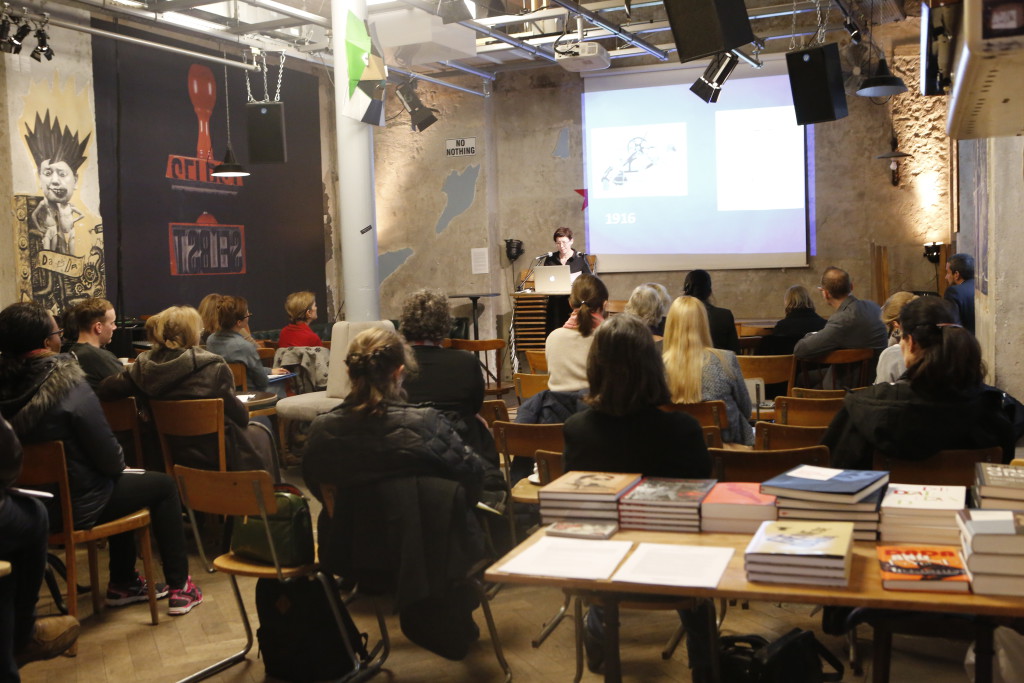 Ruth Hemus at the She Dada symposium, Cabaret Voltaire, March 2016

Dada has always been celebrated by its scholars and fanbase for the diversity of its art forms, techniques, and approaches, and for its international flavour. Recent academic scholarship combined with the curatorial and artistic responses prompted by the centenary have substantiated these notions by drawing attention to so-called minor participants in Dada. The sheer plurality and variety of events – the city has this year hosted scores of exhibitions, lectures, symposia, soirées, happenings, concerts, plays and recitals – has aptly done justice to Dada not only by reviewing and multiplying its histories but also by enabling contemporary creative practice. This interest in viewing Dada’s relevance in the current moment and through a myriad of media is entirely commensurate with the Dada spirit: ‘No one can escape from DADA.’ 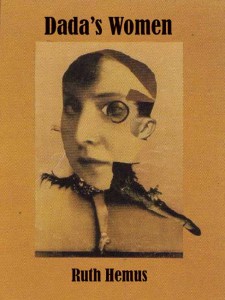 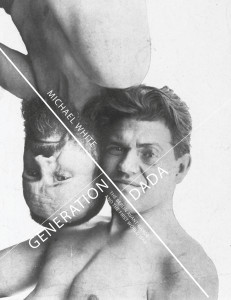 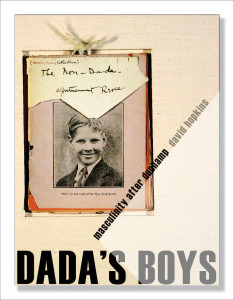 In the next instalment of her regular column, top economic commentator and What’s Next? author Lyric Hale discusses the shocking exploitation of…