by Malcolm Vale, author of Henry V: The Conscience of a King –

‘By the kyng. Trusty and well beloved, we grete yow often tymes wel, doing yow to understande, for youre confort, that by the grace of God we ben savely arrived into oure land of Normandie…’

This was how Henry V (1413-1422) wrote, on 9 August 1417, to ‘our very dear and trusty, the mayor, aldermen and “good people” of our city of London’. The letter was addressed to them, as was usual, in Anglo-Norman French. But when the wax impression of the king’s personal seal, the signet, was broken, and the sealed letter opened, they may have been surprised to see that it was not in French, but in English. For the first time since the Anglo-Saxon era, the ‘mother tongue’ of the English people was being used for the purposes of government and administration. It expressed the king’s will in a language which all could understand. Since the Norman Conquest of 1066, the rulers of England had addressed their subjects, in writing, either in Latin or Anglo-Norman (the form of French spoken and written in England). But, under Henry V, without any apparent warning or prior notice, the king suddenly began to use a version of the vernacular language specially, albeit rapidly, devised for the purpose. This was what has (mistakenly) been called ‘Chancery English’ or ‘Chancery Standard’ and provides us with an example of what was to become a recognisably ‘standard’ English. It came in fact not from the king’s Chancery but from the clerks of his signet office, entrusted, under the aegis of his secretary, with the tasks of taking dictation from the king, drawing up, in English, acceptable formulas for repetitious bureaucratic use, and expressing his will in a direct and sometimes characteristically abrupt manner.

Henry V, the ‘warrior-king’, victor of Agincourt (1415), was much more than a warrior. Literate, well-educated, musical and learned, especially in theology and liturgy, this was an unusually talented and extraordinarily versatile individual. As a ruler, his application to the everyday business of kingship, and his grasp of detail, were second to none, and we can sometimes hear his speaking voice behind the letters, instructions and draft memoranda which he himself clearly composed. These were sometimes, unlike those of his predecessors, annotated and endorsed in his own handwriting. Eulogy, like denigration, is out of place in any balanced assessment of a medieval king – yet in Henry V’s case it is difficult not to be rather impressed. But why did he choose to use the English language and give us what was later to become known as the ‘King’s English’?

It was not until the mid-sixteenth century that the term ‘King’s English’ is first recorded. But there were precedents for it. In the remote Anglo-Saxon past, Alfred the Great (849-899) had personally advocated and promoted an English vernacular language, but that had very largely died, as a written language, after the Norman Conquest. It was not until the later fourteenth century that Geoffrey Chaucer could write, in his Treatise on the Astrolabe (c. 1391-3)

‘…Preie [Pray] God save the king that is lorde of this langage, and alle that him feithe [faith] berith and obeieth, everich in his degree, the more and the lasse [less].’

But it was only in Henry V’s reign that a ruler actively took up and promoted the use of a language of which he was now considered to be lord and master. Why was this so? There were many reasons. The language had first of all to overcome some obstacles, based on disdain for its ‘barbarism’, erected by powerful figures in both Church and State. Some of the higher clergy, including Archbishop Thomas Arundel of Canterbury, were unhappy, to say the least, about translating pearls of clerical wisdom from Latin or French so that they could be cast before lay swine. The Latinate bureaucrats of the Chancery were likewise not prepared to cede ground to the proponents of the English language when drawing up the solemn and formal documents of government and administration. Henry V changed much of that. Although Latin remained the idiom of the Chancery, and Anglo-Norman that of the privy seal office, English was now reserved for the direct expression of the king’s will.

It’s striking that some of the very first examples of Henry V’s formal use of English are in letters under the signet written from France on 9 and 12 August 1417. He had just captured the castle of Touques (dep. Calvados), on the Norman coast, just south-east of Deauville, ‘withoute shedding of Cristen blood or deffense mad[e] by oure enemys’. Now Henry’s war aims were not those of a bellicose warmonger. An Anglo-French peace settlement was his ultimate objective. His war of conquest in France was intended to put an end to a French civil war, waged between the rival noble factions of Armagnac-Orleans and Burgundy, as well as to realise his claims to the throne of France. By May 1420, some of those aims had been achieved, and Henry was declared ‘heir and Regent of the realm of France’ by the terms of his treaty made at Troyes with the representatives of the insane Charles VI. Yet the two kingdoms, of England and France, after Charles’s death, were to remain strictly separate, retaining their own laws, customs and governmental systems under a dual Anglo-French monarchy ruled by Henry V. Henry’s premature death, in August 1422, meant that his infant son had to assume that role. The English crown was to bind itself by statute to do so.   But it was imperative that Henry’s English subjects were convinced that their interests were in no way to be damaged, let alone neglected, by his rule in France. Was not one way of reassuring them that they were in no way to be subject to French customs and practices simply to address them in their own language? It is a paradox of history that the Anglo-French union of the 1420s may have led to a sharpening and enhancing of the two peoples’ distinct sense of identity. And that identity was now being expressed by the use of language. Henry V’s government in Normandy, and as Regent in France, was conducted in French. But when he turned to English affairs, the new English-language idiom of government, derived in large part from translation out of Anglo-Norman, came into its own. The King’s English had in effect been born.

Malcolm Vale is emeritus research fellow in history, St. John’s College, Oxford. He has written extensively on Anglo-French history and the cultural history of northern Europe during the Later Middle Ages. 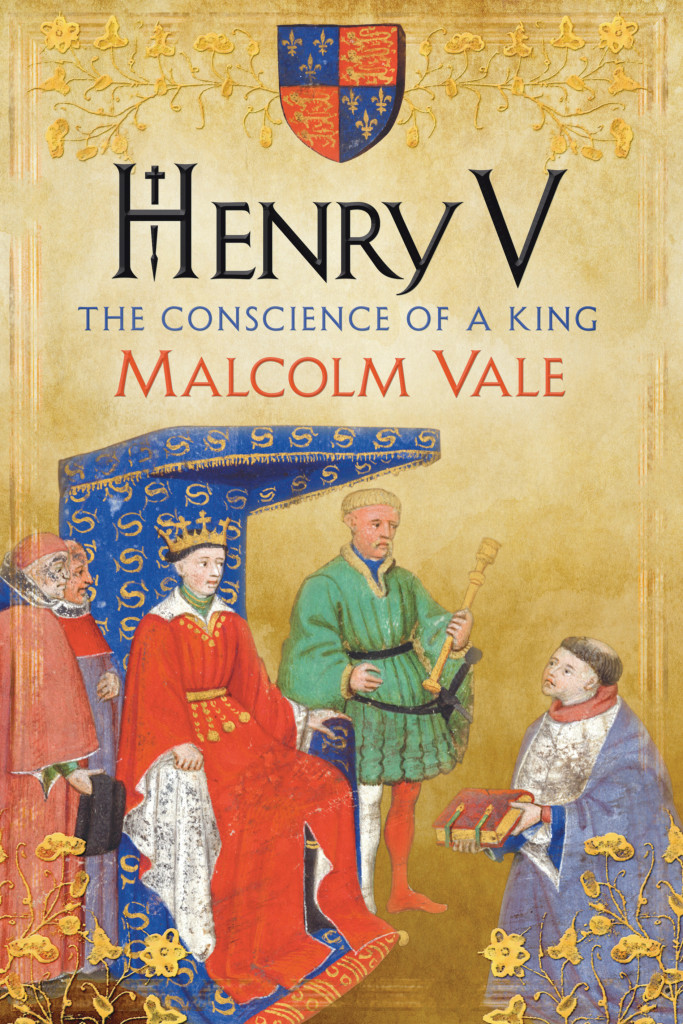 Jane Austen: A Brief Life, by Fiona Stafford – An Extract