Author Tarek Osman is a political  economist and broadcaster focused on the Arab and Islamic worlds. In this series of short video clips, he presents some of the key themes in his book Islamism: What It Means for the Middle East and the World, published earlier this year.

He explains what Islamism means; traces the evolution of political Islam in the last hundred years; emphasises why it is crucial to reflect on the Arab world’s, Turkey’s and Iran’s experiences with modernity in the last 150 years in order to understand the conflicts the wider Middle East is currently witnessing.

A Series of Short Talks by Tarek Osman

author of Islamism: What it Means for the Middle East and the World

Tarek Osman is the author of Islamism: What It Means for the Middle East and the World (Yale, 2016) and the prescient and internationally best-selling Egypt on the Brink (Yale, 2013). He has appeared as a commentator on most major international news networks and is a regular contributor on the Arab world and Islamism for many leading newspapers and magazines worldwide. He wrote and presented the BBC documentary series ‘The Making of the Modern Arab World’ (2013) and‘Sands of Time: A History of Saudi Arabia’ (2015), and is the political counsellor for the Arab world at the European Bank for Reconstruction and Development (EBRD). 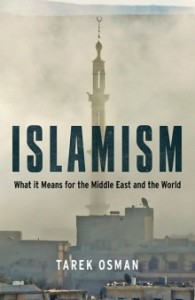 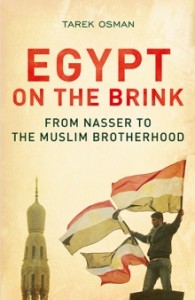 Staff Pick: Back to Uni

As the new academic year begins this month, our staff members have recommend their favourite Yale University Press…