‘The great age of the royal progress ended with the Civil War, but members of the royal family continued to visit Apethorpe’

To mark the Queen’s official birthday on 11 June, architectural historian Kathryn Morrison, author of Apethorpe: The Story of an English Country House, has written this exclusive piece recounting a ‘royal progress’, that saw kings and queens from James I through to George IV visiting this fascinating and architecturally significant building.

One cold, damp day in January 2006, English Heritage welcomed the Prince of Wales and the Duchess of Cornwall to Apethorpe Hall (now Apethorpe Palace) in Northamptonshire. Although an exciting occasion, this was conspicuously less sumptuous than royal visits hosted at Apethorpe in earlier centuries.

The royal party had come to witness the progress of urgent repairs to one of the most important country houses in England, initiated following two decades of neglect and decay. The building lacked heating, lighting and sanitation – it was bitingly cold – but a log fire roared and smoked in the medieval Great Hall, gently kippering the assembled gathering. Miraculously, someone managed to provide warm mulled wine. 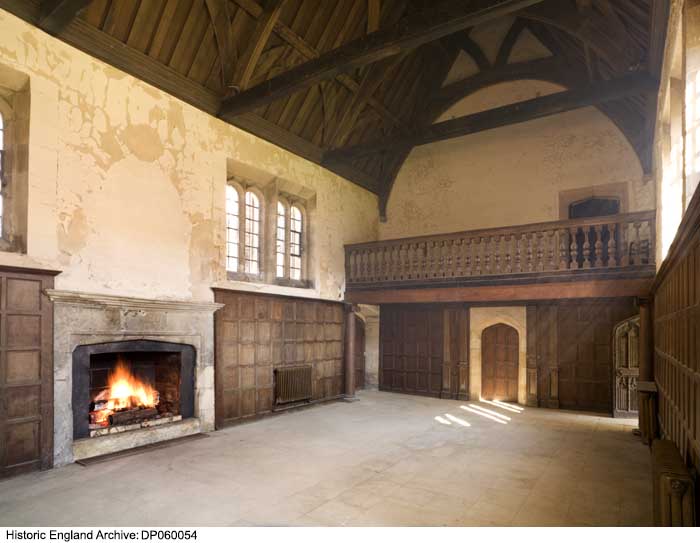 The Great Hall of Apethorpe built by a royal courtier, Sir Guy Wolston, in 1470.

On a contrasting occasion over four centuries earlier, on 27 April 1603, King James I stopped at Sir Anthony Mildmay’s house at Apethorpe on his journey south to assume the English crown. He was no doubt received in the very same Great Hall, and was treated to dinner followed by a delicious banquet, ‘the Lady of the house being one of the most excellent Confectioners in England’. Grace, Lady Mildmay, was a noted healer as well as a confectioner, and her medicinal recipes and autobiography have fascinated generations of historians. Cleverly, to secure favour with the new King, Sir Anthony presented James with an expensive Barbary horse.

As a keen horseman, James must have been drawn to the recreational landscape of Apethorpe, with its deer park carved from the ancient Forest of Rockingham. He would also have appreciated its advantageous position, lying close to the homes of several important noblemen and politicians, and he evidently liked its convivial owner. Apethorpe was consequently honoured by further visits on no fewer than ten occasions, all taking place in the course of progresses to and from the Midlands. It was here that James first met his favourite, George Villiers. 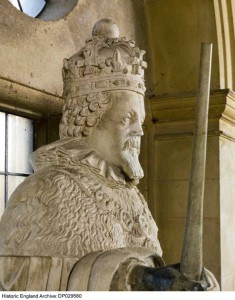 This statue of King James I, dating from 1622-24, adorned a niche on the south range of Apethorpe, but now stands indoors.

The rooms which accommodated the King during his first nine visits to Apethorpe formed a suite in the south range, which had been added to the house in the 1560s by Sir Anthony’s father, Sir Walter Mildmay. Despite being present at the trial and execution of James’s mother, Mary, Queen of Scots, Sir Walter had been held in high esteem by the King. His new suite had been built in expectation of a visit from Queen Elizabeth, who came to Apethorpe in 1566. Indeed, prior to Sir Walter’s acquisition of Apethorpe in 1551 the manor had formed part of Elizabeth’s own estate. 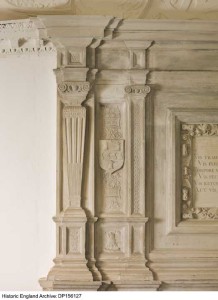 The chimneypiece of Sir Walter Mildmay’s Great Chamber at Apethorpe, 1562.

In 1617 Sir Anthony was succeeded by his daughter Mary and her husband Sir Francis Fane. Before long, King James had intervened directly to encourage Fane to expand and modernise the Apethorpe estate. He allowed Fane to empark 300 acres of Rockingham Forest, creating a New Deer Park. This reflected the King’s love of hunting, just as Fane’s establishment of a racecourse with a ‘king’s standing’ no doubt gratified the monarch’s enthusiasm for horse racing. 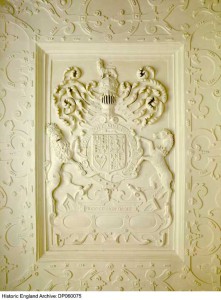 The most enduring legacy of this time, however, was the aggrandisement of the house, fulfilling an order issued by the King in May 1622. Specifically, and most unusually, James ordered Fane: ‘to new build and enlarge his house at Abthorpe . . . for the more comodious enterteynment of his Mate and his company, at his repaire into those partes for his princely recreaton there’. To expedite the work, James contributed 100 oaks from the royal forest, and sold Fane another 100 on reasonable terms. This signified an advancement in royal favour which horrified some of Fane’s neighbours. 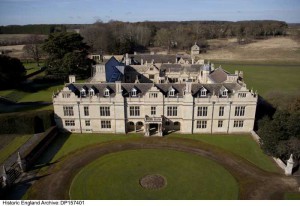 The glory of Apethorpe is the east range, added in an almost literal response to the King’s order. Spaces devised for leisure and pleasure – for ‘princely recreation’ – were layered one on top of the other, from the cellar to the roof walk. On the ground floor were back-to-back loggias, and above them a stately Long Gallery. Together with the remodelled state apartment – refitted with carved chimneypieces and ornate plaster ceilings – this splendid addition to Apethorpe would have been inspected and enjoyed by James on his last visit to the house in 1624, the year before his death. For his pains, Fane received the earldom of Westmorland. 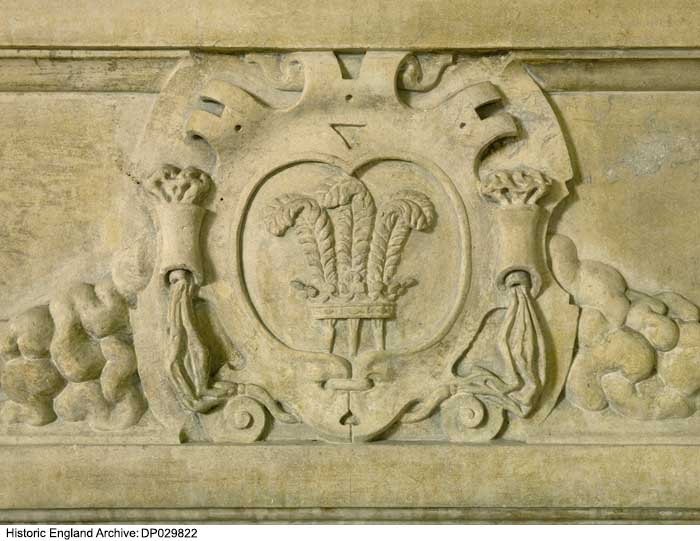 The Prince of Wales feathers on the chimneypiece of the Duke’s Chamber at Apethorpe.

James was not the last monarch to stop at Apethorpe, though none of his successors favoured it to the same degree. King Charles I had accompanied his father to the house, and returned several times as monarch, sometimes with Queen Henrietta Maria. He was godfather to Charles, 3rd Earl of Westmorland, but had a complex friendship with the 2nd Earl, whose loyalty was pushed, at times, to breaking point.

The great age of the royal progress ended with the Civil War, but members of the royal family continued to visit Apethorpe on occasion. King George IV came as Regent, spending New Year at Apethorpe in 1813-14, and the Duke of York (d.1827) was a regular attendee of the 10th Earl’s winter house parties. The late Lord Brassey – whose family bought the house from the Fanes in 1904 – recalled a visit from Queen Mary when he was a boy.

Apethorpe Palace (as it is now) remains the only non-royal country house in England that is known to have been built – at least partially – upon the direct order of a monarch. Its royal associations, and this unique status, make it a very special place indeed. 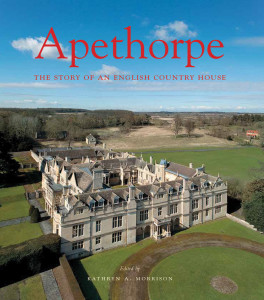 Author Article by Lyric Hale: Nowhere to Run, Nowhere to Hide – Why We Need a Global Floor on Interest Rates

In the next instalment of her regular column, top economic commentator and What’s Next? author Lyric Hale discusses why an international floor…