In an article to mark 800 years since Louis VIII was proclaimed king of England – on 2 June 1216 – Catherine Hanley, author of new biography Louis – The French Prince Who Invaded England, explores the short period during which ‘King Louis’ held the British crown.

The arrival of Louis VIII…

It’s the second day of June in the year 1216, and excitement is building in the hot and dusty streets of London. For the last year and a half there has been civil war in England, but all that is about to come to an end thanks to the new king, a strong, experienced warrior who will bring peace to the country. Today’s the day he will arrive in his capital … and here he comes! The citizens push and shove to get a better view as the cheering starts. He’s young, blond and handsome; his serious expression convinces onlookers that he understands the momentous nature of the promises he’ll make later today. As he rides past, the citizens heave a sigh of relief. England will be a more peaceful place now that King Louis is in charge.

This might sound like fantasy, one of those ‘alternative’ histories that makes a good story. But it isn’t: exactly 800 years ago Louis, son and heir of the king of France, rode through the streets of London and was acclaimed king of England by cheering crowds.

King John had been in conflict with his barons for some time, and in 1215 they forced him to agree to Magna Carta. But he immediately reneged on his word and tried to have the document rescinded; his forces attacked and burned the lands of the signatories. Enough was enough – having failed to control John, the barons took a logical but unprecedented step and decided to overthrow him. But they were no republicans: England had to have a king. Who should it be?

‘Within months he had about two thirds of the nobility and more than half of the country under his control.’

The barons needed a strong man, an experienced man, a man of royal blood; they looked across the Channel and found one. Louis VIII was the eldest son of the French king Philip Augustus, but he was also a direct descendant of William the Conqueror and married to John’s niece, both of which gave him a passable blood claim to the English throne. But more than this, he had the resources to mount a campaign, the men to run it and the skills to win it. He was renowned as a brilliant warrior and was known to be honest, just, moral and a man of his word – all the things that John wasn’t. A delegation of barons travelled to Paris to offer him the throne, and he accepted. Louis built and equipped a fleet, sailed from France and arrived on English shores on 21 May 1216.

To start with everything went smoothly: about half the barons came over to him straight away, and castles and towns surrendered to him without resistance. John fled to the west of England rather than fight him. Louis marched in triumph to London where he was welcomed and proclaimed king; he sent out letters to all the remaining barons to tell them that they should come to pay him homage. Within months he had about two thirds of the nobility and more than half of the country under his control.

But then in October 1216 John did the one and only thing which could conceivably have helped his cause: he died. Far from being Louis’s moment of triumph, as might perhaps be expected, this was the worst thing which could have happened. John had left five children, two of them sons including the eldest, Henry, who was nine years old; the remaining royalists hastily had him crowned as Henry III and declared their allegiance to him. This left the other barons with a dilemma: supposedly they’d overthrown John because of the laws he’d broken and the wrongs he’d done – they could hardly level the same accusations against a young boy. And Louis, man of principle as he was, was turning out to be less controllable than they’d hoped, preventing them from furthering their own interests.

Louis VIII swiftly found himself being recast in popular opinion – no longer was he the conquering hero here to save the barons from the cruel John, but a foreign bully attacking a little boy. The desertions began.

Louis wasn’t one to give up easily, and he held out for quite some time afterwards. But his father refused to send any more money or troops, so Louis had to make do with his own dwindling forces. In May 1217 he had to split his army in half in order to fight both at Dover and further north, but this did not leave him with enough men to function properly in either area. He failed to take Dover castle, and his northern forces were soundly defeated at Lincoln, many of his nobles captured and many of the English among them defecting back to Henry and his regent William Marshal. Reinforcements organised by his wife were intercepted by an English fleet, defeated in a naval battle off Sandwich on 24 August, and never reached him. Louis VIII bowed to the inevitable, sealed a treaty in September, and withdrew.

Louis’s 17-month interregnum has often been overlooked in the history books, whose smooth succession of the dates of the reigns of kings runs straight from John to Henry III. But it was a pivotal period in English history and his contribution should not be forgotten. Without him you’d never have heard of Magna Carta, and absolute monarchy would have reigned for much longer. His legacy shouldn’t be forgotten, but unfortunately for him he remains to this day the least known of those to have ruled over England.

Dr Catherine Hanley is a writer and researcher specialising in the High Middle Ages, and the author of War and Combat, 1150-1270: The Evidence from Old French Literature (2003). 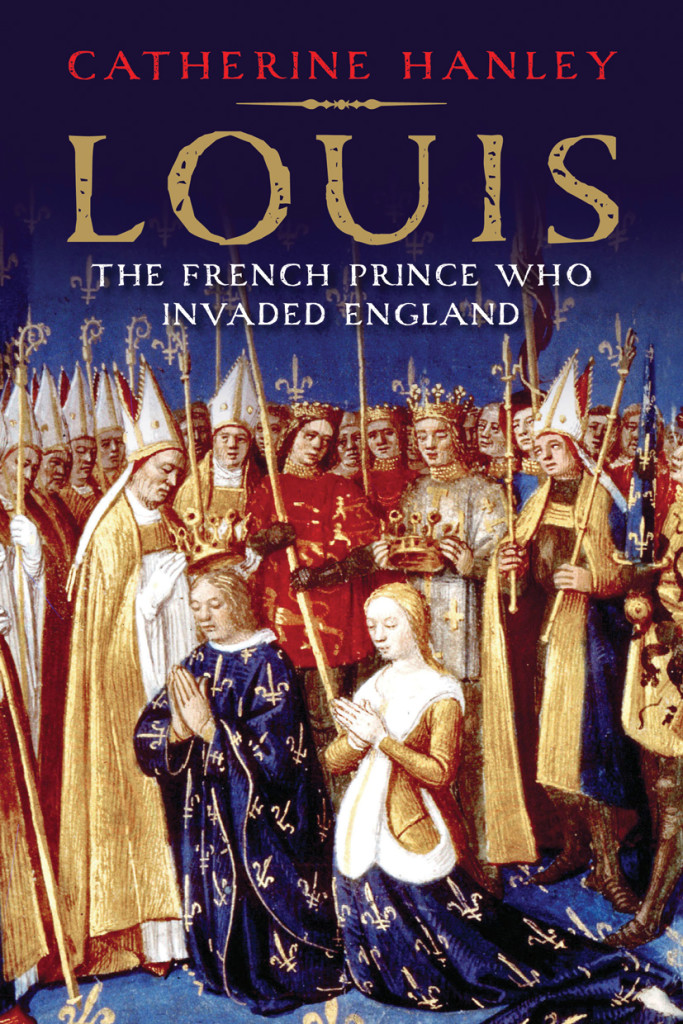 Author article by Peter Forbes: Convergence of the Twain – pattern formation in mimicry and camouflage

In his Warwick Prize-winning book Dazzled and Deceived: Mimicry and Camouflage Peter Forbes tells the fascinating story of mimicry and…