‘The euro’s architects were building on shaky ground, to say the least’

British journalists Larry Elliott and Dan Atkinson are the authors of the newly published Europe Isn’t Working. This engaging and accessibly written volume assesses a range of key indicators to examine why the euro has failed to deliver on its promise of more jobs, more growth and greater equality, and instead, has undermined the European Union.

As the EU referendum debate intensifies with only a few weeks to go until the vote, this extract from chapter two explores the idea of the euro as a unifier. Elliot and Atkinson write that while the euro was designed out of an excitable spirit of unification in response to the post-Cold War world, it has become ‘a single currency cell from which there was no obvious means of escape’. 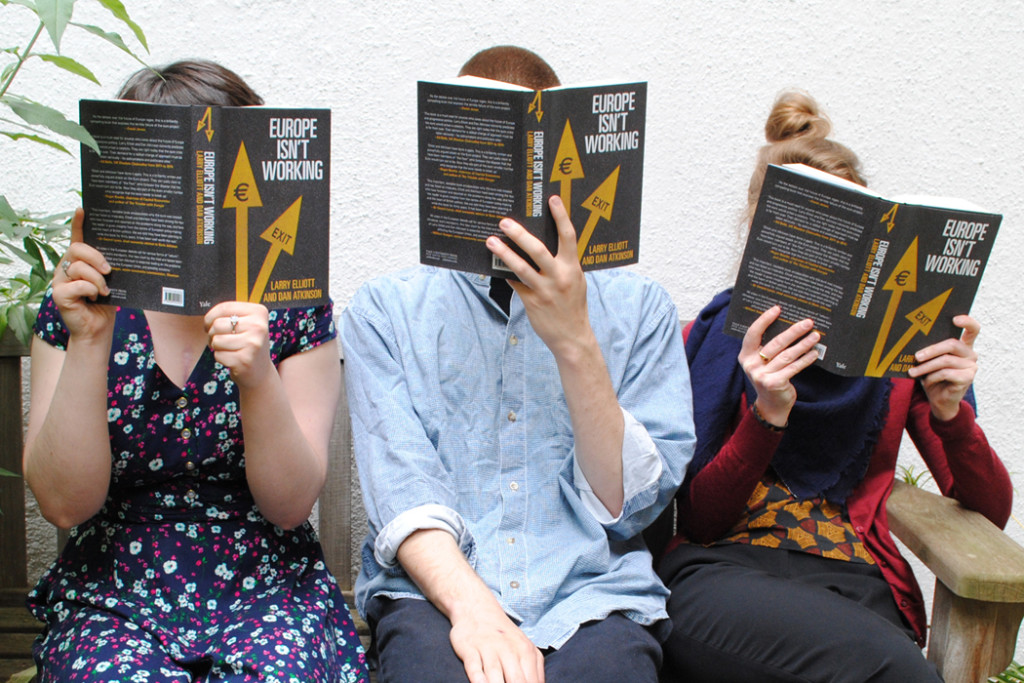 Extract from Chapter 2: ‘A Burning Building with No Exit’

Don’t fence me in: the euro as a unifier

If the prospect of being able to ‘stymy the speculators’ was one major attraction to the left of an Economic and Monetary Union without exits, another was its role as a powerful solvent, erasing frontiers within the EU. Such erasure was, of course, not confined to EMU. It was at the heart of the 1985 single-market programme and dated back to the foundation of the European Community in 1957.

The notion that frontiers create rather than describe differences between nations was also implicit in the structure of the Community, later the EU. But the single currency was the best opportunity to date to demonstrate this belief under battle conditions. Freer trade and free movement of labour – in place since the 1950s – could not compare with the huge psychological and practical impact of one money for Europe, circulating from the Atlantic to the Finnish–Russian border, from the Aegean to the Baltic.

The left, internationalist to varying degrees across the continent, could, for the most part, only cheer. Borders were barriers between people, and one of the most obvious expressions of those barriers, now that the EU had removed frontier posts and customs sheds, was the existence of different national currencies. Nobody, so the thinking went, really wanted these different denominations. Their continued existence was testimony to vain, stick-in-the-mud national politicians who had failed to give a lead but who now were being swept along by the powerful currents of the post-Cold War world.

Indeed, the overriding lesson that was drawn from the extraordinary events following ‘Europe’s 9/11’, the fall of the Berlin Wall on 9 November 1989, was that barriers, borders, frontiers – all were artificial constructs imposed by the powerful and swept away with contempt once the masses had the chance. At the first chance to break down barriers the people seized it with both hands, reaching out to their fellow humans on the other side of these redundant obstacles to international friendship.

In this excitable spirit of unification, the breaching of the Berlin Wall and the more general dismantlement of the ‘Iron Curtain’ separating Soviet-dominated eastern Europe from the west was taken as the key inspiration, the practical demonstration, of the irrelevance – indeed, the malignancy – of national frontiers in the new Europe, and of the contempt the great majority of people held them in. This was an inspiration with powerful resonances on the left.

It was also misleading and wrong-headed.

Most national frontiers do not resemble the Berlin Wall or the Iron Curtain. That between the United States and Canada does not, nor that between Austria and Switzerland. These frontiers exist because Americans and Austrians live on one side of the respective borders and Canadians and Swiss people on the other. The east–west European divide was imposed from outside, by the Soviet Union and its lieutenants in the eastern-bloc countries. Once they were gone, so was it.

As John Laughland noted, ‘the acuteness of this division naturally encouraged Germans to want to overcome’, and also ‘fixed in the German mind the idea that all borders were barriers like the Berlin Wall, rather than domains of jurisdiction’. Convinced, Laughland said, that the Franco-German border was comparable to Germany’s internal border, the Germans logically went on to demand that frontiers across Europe be lowered. ‘This desire chimed in neatly with a very German yearning for synthesis and harmony, and a fear of conflict.’

In basing their thinking on this misinterpretation of recent events, the euro’s architects were building on shaky ground, to say the least. Buying into this rationale was to put the left in an awkward position when it emerged that opposition to single-currency membership was not, as was constantly suggested in the UK, a stance inspired by ‘Euro-phobia’, a hatred of foreigners, a desire to turn back the clock, a clinging to past glories, or (in a play on the campaign to ‘save the pound’) a laughably nostalgic attitude caricatured as an urge to ‘save the groat’.

By declaring that the post-1989 collapse of communism in eastern Europe demonstrated the redundancy of national frontiers and national currencies, the designers of the euro drew quite the wrong lesson from the events of 1989–90. It may have been more fruitful to ponder the fate of grand political schemes whose architects refuse to abandon their idée fixe regardless of the human cost and who consequently lose the trust and consent of the people.

Nor is it necessary to highlight the bitter irony that an economic and monetary union inspired in part by the breaking down of the world’s most notorious wall between people of the same country should have ended up bricking in tens of millions of Europeans of different nationalities in a single-currency cell from which there was no obvious means of escape.

Larry Elliott is economics editor at The Guardian. Dan Atkinson is financial editor at Sticky Content. 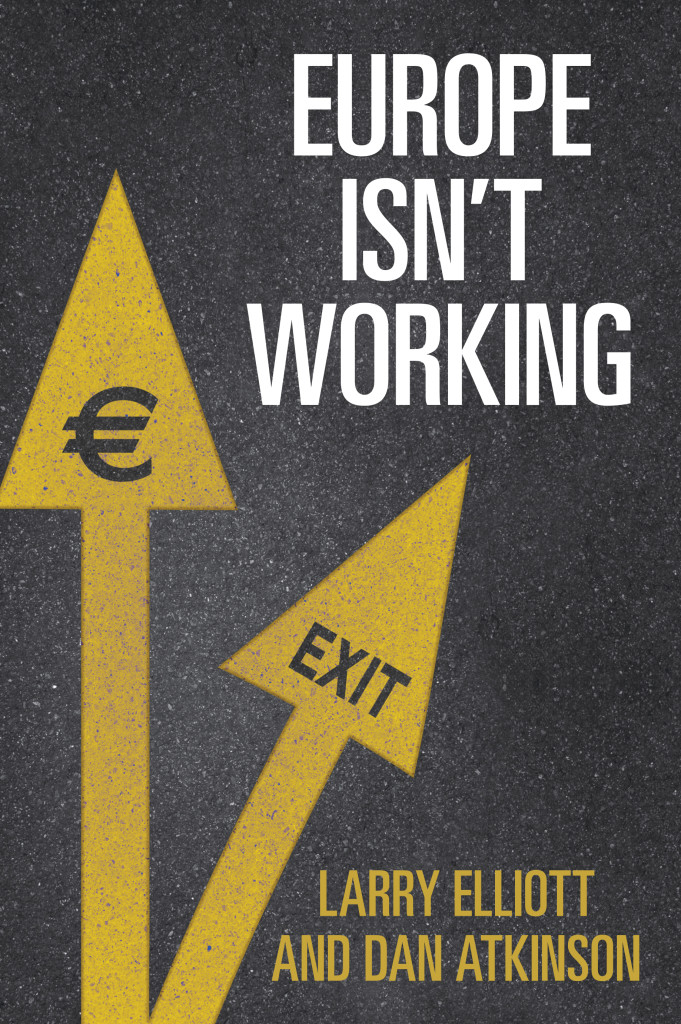