To celebrate the publication of his new book The Gift of the Gab, we asked preeminent language specialist and public speaking guru David Crystal to share his tips on how to deliver a great speech.

Everyone (apart from those who suffer from a communication disability) is naturally eloquent. They may not think they are, but they are. We’re all capable of fluently telling the story of what happened in the latest episode of a favourite TV programme, describing a disaster that took place on a recent holiday, sounding off about the latest inane political decision… and much more, when talking to family and friends. What has to be learned, of course, is how to maintain this eloquence in situations of a more public kind – and that’s more to do with self-confidence and nerves-control than anything linguistic. The best trick I know is to try to get yourself into a mindset where you relax and imagine you’re talking to family or friends.

Being personal … has two main aspects. First, be yourself – that is, don’t try to hide behind a public persona based on some other speaker. By all means borrow some tricks of the eloquence trade from others, but incorporate them into a style that is your own. Second, allow your listeners into your life, by telling them stories about yourself, or your personal involvement with your topic, as part of your speech. These are what they will most remember.

Meticulous preparation and (if you’re new to the game) rehearsal. If you’ve written out your text, read it aloud in advance; it’s the only way to detect unspeakable sentences. If you’re speaking from notes, ensure that they’re full enough (and visible enough, for the lighting in a venue – or your eyesight – may not be of the best) to remind you of everything you want to say. If you’re planning to speak spontaneously, without notes, then go through the sequence several times in advance. If you can find an acquiescent listener, so much the better. Bear in mind Oscar Wilde’s comment: ‘spontaneity is a meticulously prepared art’.

Not keeping to time, when this is specified in advance, or (in cases where no time frame has been specified) misjudging the amount of time to devote to a speech, so that the audience becomes restive or bored. The best prep here is to plan a talk in a modular way, so that, if time-keeping goes wrong, a self-contained section (such as a sub-theme, or a set of examples) can be omitted without anyone noticing. This especially happens when, in the enthusiasm of the moment, you spend much longer on a point than you meant to, or get a new idea which you find yourself exploring, or you react at length to an audience response (see below). The crucial point in a speech – the point that the audience will take away with them – is in the summing up at the end. That must never be rushed or cut.

Find out as much as possible about the venue (its physical character and technical facilities), the make-up of the audience and their prior knowledge … (such as a talk’s place in a series, whether it’s before or after lunch, or after alcohol – on the part of the audience, I mean!). If using any sort of technology, check that everything works and is visible, and – as one of the characters said in Robert Graves saga of the Roman empire, I Claudius: ‘Trust no-one’.

People think that the job of a speaker is to keep an audience interested and involved; that’s true, but speakers have to keep themselves interested and involved as well, especially when addressing a topic they’ve spoken about many times before. Unexpected audience reactions – not only heckling interruptions, but unanticipated laughter, raucous comments (such as at a wedding breakfast) – can all be turned to advantage, as can intrusive noises from outside the room, or sudden technical noises from within (such as a mobile phone sounding). The important thing is not to be fazed by them. You have to give the impression that you’re in control, even if you’re not.

David Crystal is an independent scholar with lifelong experience as a lecturer, public speaker and broadcaster. He is honorary professor of linguistics, University of Bangor, and the author of more than one hundred books on phonetics, Shakespeare’s language, child language and related topics.

‘Every page crackles with insight, humour and understanding.’

– Stephen Fry on The Gift of the Gab 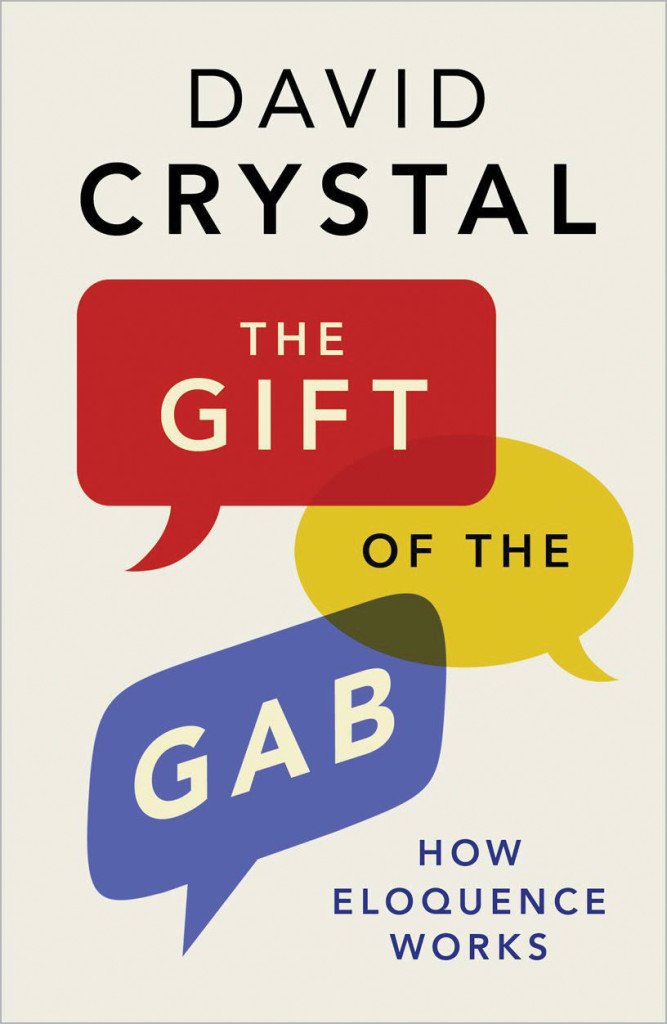 Who Loves Ferguson? – An Extract from Mustafa Dikeç’s Urban Rage

Mustafa Dikeç’s Urban Rage: The Revolt of the Excluded explores unrest in contemporary urban communities. Using examples from all over…