‘Josipovici … has a nose for the big questions and for what doesn’t work as an answer. Best of all, he reads carefully and asks the right questions.’ – David Herman, Jewish Chronicle

For Shakespeare enthusiasts around the world, 23 April 2016 will see the start of celebrations marking 400 years since William Shakespeare’s death. Shakespeare400 promises a series of public performances, programmes, exhibitions and activities to celebrate the playwright whose works have defined Western theatre.

Gabriel Josipovici, author of new book Hamlet: Fold on Fold and a life-long Shakespeare enthusiast, joins the conversation to explore perhaps the most famous Shakespeare play, Hamlet. In an exclusive article for the YaleBooks blog, Josipovici explores the ways in which this play has puzzled literary critics, and why it has such a profound affect on audiences and readers.

By Gabriel Josipovici, author of Hamlet: Fold on Fold

Hamlet is the best-known work of literature in the English (and perhaps any) language, but it is also one of the most puzzling. We all feel we know it intimately, yet when we try to put that knowledge into words we find we hardly know it at all. I’m sure that’s why so many people have written about it, no doubt thinking that by doing so they will finally understand it and finally allow the world to understand it. But viewers and readers remain puzzled, long after Coleridge, Bradley, Freud, Joyce and many others have had their say. Perhaps, then, instead of thinking about it as a nut to crack, we should ask rather why it has this effect upon us.

Shakespeare has always been part of my life. One of my first plays, written for the students at the newly-established University of Sussex where I had gone as a young lecturer, featured a 12-minute Hamlet, and I later contributed to a volume of stories on Shakespeare edited by Giles Gordon, imagining Shakespeare as Malvolio shut up in his dark prison and unsure whether or not he was mad. In the second of my Northcliffe Lectures at the University of London, on Writing and the Body, I explored Shakespeare’s wonderful ability (which I likened to that of Bach and Mozart) to speak in a voice we can all immediately recognise as his while in a sense simply recycling older material (not a single one of his plays is an out and out ‘invention’), and in 2002 I contributed an essay on Twelfth Night to a festschrift for my old friend and colleague, the Shakespearean scholar Tony Nuttall. But it never crossed my mind to write a whole book on Shakespeare, let alone on Hamlet. I was merely an enthusiastic amateur in a field now dominated by professionals, people who had given their lives to the playwright and his time and had forgotten far more than I would ever know. Besides, something in me had always whispered that Shakespeare was quintessentially English and, as such, forever out of my reach.

How little one knows oneself. In 2012, having in an intense burst written four novels in the previous ten years, I felt the need to stand back a little and take stock. For some reason I re-read Hamlet, and I must have been in a receptive mood because a number of things struck me then that had never struck me before. The first was that our relation to the play when we interrogate it is similar to that of Claudius and the court in relation to Hamlet: we want to get at its essence, pluck the heart out of its mystery, just as much as they want to do with Hamlet. Yet we know his answer when Rosencrantz and Guildenstern press him to tell them what he is really up to: ‘You would pluck out the heart of my mystery, you would sound me from my lowest note to the top of my compass, and there is much music, excellent voice, in this little organ, yet cannot you make it speak’. Like all human beings, he says, I have a unique ‘voice’, but that does not mean I have an essence, a ‘real me’, which you can bring forth and examine. Yet, by a further irony, we find ourselves totally with Hamlet when in his soliloquies he does just what he accuses the courtiers of doing: trying to grasp who he really is and what it is he really feels.

Nearly all the critics I read agreed that somewhere along the way Hamlet does indeed come to know himself. But as I read the play that day it struck me that this was mere wishful thinking. Hamlet is no nearer knowing himself at the end than he is at the start, and this not because he is flawed but because he is human. We can never fully know or understand ourselves, no matter how hard we try. It is only others who can see us ‘how we are’, and only after our deaths.

With that insight came the realisation that why I felt this sudden need to write a book on Hamlet might have something to do with my age. I also realised that if I wrote it I must write it in such a way that it respected the qualia of what goes on in the play, the sheer ‘and then and then and then’ quality of it, for it is only out of this that the play takes on its own individual voice for us, just is it is only out of his many acts and words that Hamlet emerges for us and for those around him as the man we experience as we watch and remember when the play is over: funny, tormented, foolish, joyful, generous, noble.

The book as it finally emerged became a simple scene by scene analysis of the play, but an analysis not so much of ‘what happens in Hamlet’, to quote the title of a famous book on it, but rather of what happens to us as we read or watch it. As such, it tries to find words for what, for all those who have had contact with the play, is a transformative experience. 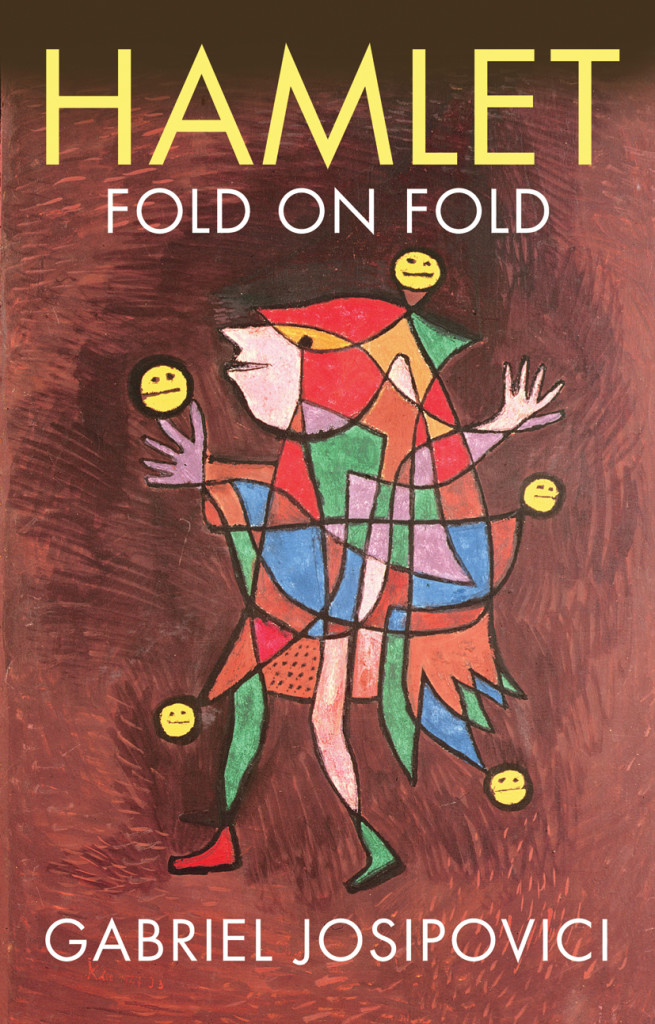 Look no further if you need a last minute gift for your loved ones. Our staff members recommend…