Click ‘continue’, then drag the pink box on the timeline to explore

Extract from the Preface

The Homintern is the international presence of lesbians and gay men in modern life. Imagined as a single network, it is either one of the major creative forces in the cultural development of the past century, or a sinister conspiracy against the moral and material interests of nation states. You decide.

In the late nineteenth and early twentieth centuries, European scientists from a range of disciplines published research attempting to define and explain people who were attracted to their own sex. In the same period, a succession of public scandals also brought the existence of such people out into the open. It began to look as if there were a lot of them about.

So scandalous was their mere existence, so far beyond the pale their sexual behaviour – often illegal for men, for women virtually unthinkable – that they had to maintain varying levels of discretion or even total secrecy about their ‘personal’ lives. This in itself was then held against them, since it began to appear that they were secretly conspiring together – to do what? To undermine the collective moral framework; to question or ridicule acceptable standards of behaviour; even to subvert national security.

They allowed themselves, or were allowed, higher visibility in the leisured classes and in artistic occupations, where ‘bohemian’ styles and manners were acceptable, subject to various tacitly agreed restrictions. In some respects – the arts being of limited use to ideologues and bureaucrats – this made gay people seem harmless; but, before long, inevitably, they were said to be exerting too much cultural influence.

On the other hand, to those in the know, the presence of lesbians and gay men in the artistic avant-garde was energising, precisely because they looked at society from an unusual viewpoint and were apt to undermine previously long accepted truths of human nature. By loving as they chose, they reminded the world that love is worth taking risks for. By living as they chose, they initiated  a process of liberation by sleight of hand. Their very presence demanded a re-evaluation of fixed gender roles and more nuanced attitudes to all sexual behaviour. They could bring a completely fresh aesthetic to bear on overfamiliar social conventions. The queerness of their artistic activities was often unnerving to those who sought, in both the method and content of the arts, a projection of the norm.

My book is about those people, and about changing attitudes to them. It is also about their own changing attitudes to sexuality and its role in their lives. Some of these individuals and their stories are exemplary, standing in for many similar experiences; others stand out for their strangeness, the unique radiance of which casts a peculiar light on the generality of the rest.

The independence of lesbian women had its own lessons to convey within the context of the broader struggle for women’s equality. Despite being spoken of, and written off, as spinsters, whether single or in couples, such women were often more or less secretly admired for the spirit of their nonconformity: they had chosen to be free – or free of men, at least; which may be the same thing.

We are told that, in certain seasons, homosexuality was all the rage. Indeed, between the wars a certain kind of stylish, un-masculine, arty gay man was regarded as the very epitome of the modern. Acceptance of homosexuality came to be seen as one of the measures of modernity. I am interested in how ideas and images relating to homosexual people acquire status as lasting myths – the gay aesthete, the modern Sodom, the homosexual spy, the sirens’ island, the tragic fall from grace, the Oriental pleasure dome, the sleazy dive, the pastoral idyll, the Homintern itself – which duly take their place in the common narratives not only of homosexuality’s cultural status in the modern world, but of modernity itself.

The book is threaded with journeys, mainly by steamship or train. When my subjects travelled, either they or their art returned home with horizons broadened: Gide from Algeria, Forster from Italy, Isherwood from Germany,

Stein from France, Lorca from the USA, Eisenstein from Mexico, Mishima from the USA . . . Many others were forced, or went voluntarily, into exile from home. For male travellers in particular, the sexual and the cultural were intimately connected. It is hard to disentangle journeys with sexual benefits from those with a cultural pay- off. (Many, of course, had both.) The main arena of our narrative consists of Europe and the shores of the Mediterranean, plus the two- way traffic across the Atlantic. Looked at from a global perspective, this cosmopolitanism is really quite local – as readers in the southern hemisphere will be quick to observe – but it is destinations that have accumulated mythic value, rather than any places in which gay people live or to which they have travelled, that interest me most.

Gregory Woods was appointed Professor of Gay and Lesbian Studies at Nottingham Trent University in 1998, the first such appointment in the UK. He is the author of four previous critical books and five collections of poetry.

Homintern: How Gay Culture Liberated the World by Gregory Woods is available from Yale University Press 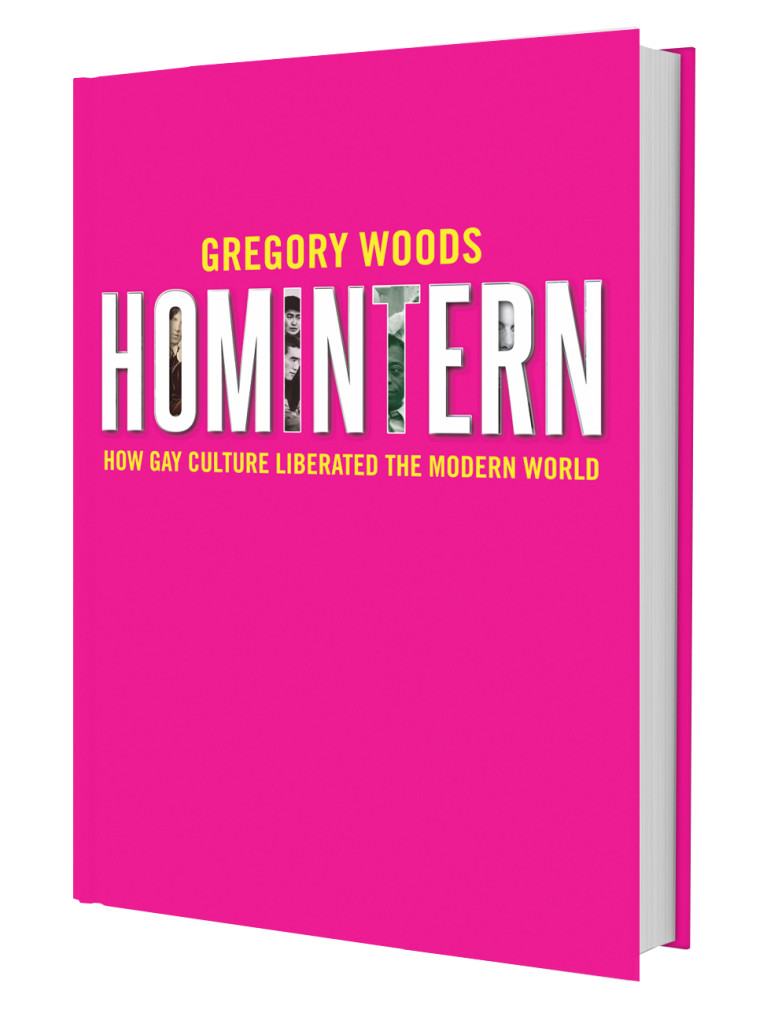 We’ve had an exciting year here at Yale UP London, with highlights such as a Nobel prize-winning author,…