‘Genghis Khan with a telephone.’

On 5 March 2016 it will be 63 years since the death of Joseph Stalin, the man who was the supreme ruler of the Soviet Union for a quarter of a century. To mark the anniversary of Stalin’s death at 73, we are sharing an extract from the forthcoming book The Last Days of Stalin by Joshua Rubenstein (published April 2016). In this chapter Rubenstein outlines some of the deeply disappointing reactions of the press immediately following the dictator’s death, highlighting how coverage at the time glossed over the terrifying nature of his regime, tending towards a romanticised version of his career.

Extract from The Last Days of Stalin by Joshua Rubenstein,

Chapter Four: The Kremlin Moves On

As Stalin’s remains lay in state, word of his death reverberated around the world. The American and international press, along with governments on every continent, expressed their own sometimes uninformed and curious reactions. In an initial editorial the New York Times struck an expected chord, holding Stalin responsible for the Cold War and for plunging “the earth into the greatest armament race ever known.” The editors had no illusions about the brutal nature of his regime. “He wore the mantle of the high priest of utopian communism, but his rule produced a reality most reminiscent of George Orwell’s vision of hell on earth.” The obituary referred to him as “Genghis Khan with a telephone.” But then one news article in the same issue called him a “master military strategist,” forgetting that Stalin bore full responsibility for the success of Hitler’s surprise attack on June 22, 1941. During the summer and fall, whole Soviet armies were captured or annihilated. Outside of Kiev alone, Stalin would not allow his army to retreat in the face of a hopeless situation, resulting in the avoidable deaths of hundreds of thousands of men in one battle. Such colossal military blunders on his part undercut any claim that he was a master strategist.

This romanticized view of his career seeped into the newspaper’s obituary. It would be unfair to judge this obituary based on our present-day access to once-classified documents and an array of scholarly and memoir literature. There is simply no comparison between what was known and acknowledged to be true about the Soviet Union at the time of Stalin’s death and what we know now. But still, the New York Times—in common with other serious newspapers and journals of opinion—did not adequately address what was known at the time. “Stalin took and kept the power in his country through a mixture of character, guile, and good luck,” its full-page obituary claimed. In the face of serious setbacks during the war, Stalin, “like Churchill in England, . . . never faltered, not even at moments when everything seemed lost.” Stalin, in fact, did falter; he suffered a nervous breakdown in the days following Hitler’s betrayal and the German invasion. The fact that Molotov, not Stalin, alerted the population to the invasion over national radio was well known. Even if the full details of Stalin’s emotional collapse was not divulged until decades later, the fact that he deferred to Molotov at this crucial moment should have given pause to the idea that he remained steadfast throughout the war. As for the claim that he gained power through a combination of “character, guile, and good luck,” such praise hardly matched the brutal game he played against his rivals. Stalin had defeated Trotsky, Kamenev, Zinoviev, and Bukharin even when they enjoyed political advantages over him; he was only finished with them when they were dead. In addition, the words “terror” and “labor camps” failed to appear in the New York Times obituary. To neglect to mention his barbaric use of power, the execution of his erstwhile political rivals and their family members, and the brutal programs of dekulakization, collectivization, the Gulag, the Great Terror, and the mass deportations that engulfed and destroyed millions of people marked a failure of serious proportions on the newspaper’s part.

The Times of London fell into a similar trap. Reflecting on the arc of both Lenin’s and Stalin’s careers, the leading British newspaper commented that “Rarely have two successive rulers of a great country responded so absolutely to its changing needs and piloted it so successfully through periods of crisis.” It seems hard to understand why a leading, mainstream newspaper in a Western capitalist country should be so deferential and generous toward men who had been responsible for the rejection of democracy following the downfall of the tsar and for the calamitous events that followed. As for Stalin himself, his “sense of timing was on the whole superb,” a statement so divorced from reality, so oblivious to the disastrous consequences of his foreign policy toward Nazi Germany that the editors seemed to be doubling over backwards to avoid condemning his callous blunders. It was Stalin’s decision to oppose an electoral alliance between the communists and the socialists in Germany that  weakened the Left and helped Hitler gain power in January 1933. With typical demagoguery, Stalin had declared that the socialists were not genuine opponents of the Nazis, that they were “not opposites, but twins.” And even when The Times mentioned the show trials and the broader purge of both the army and the party, the editors could only say that “things probably went a good deal farther than Stalin or anyone else intended at the time.” Given that the purges carried off hundreds of thousands of innocent victims, the editors of The Times in London were displaying a talent for misleading understatement that did not serve their readers.

Joshua Rubenstein is an associate of the Davis Center for Russian and Eurasian Studies, Harvard University. He was an organiser and regional director for Amnesty International USA for thirty-seven years. His previous books include the National Jewish Book Award-winner Stalin’s Secret Pogrom, published by Yale University Press. He lives in Brookline, MA. 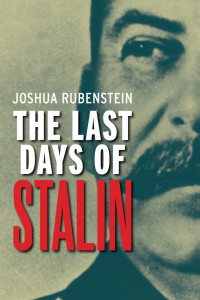 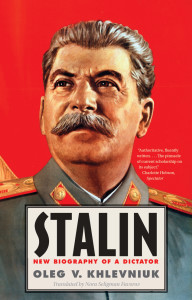 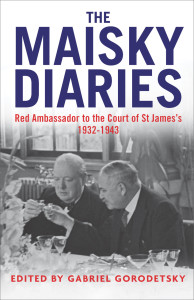 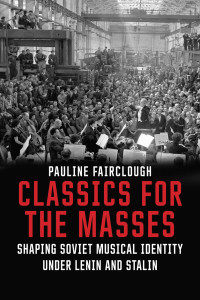 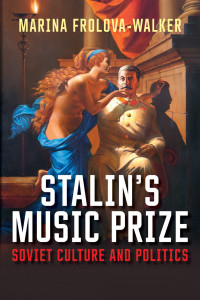 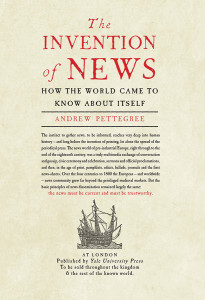 Image sourced from wikimedia commons here and from flickr/amanderson2 here.