‘Edwards has comprehensively defeated a persistent and painful historical myth and replaced it with something more complicated, more human and much more accurate.’ — Times Higher Education

To mark the 500th anniversary of the birth of Mary I on 18th February 2016, biographer John Edwards explores a side to the Catholic queen – also known as ‘Bloody Mary’ – that is not often presented. A volume in the Yale English Monarchs Series, Edwards’s book Mary I: England’s Catholic Queen paints a detailed portrait of Mary and offers a fresh understanding of her religious faith and policies as well as her historical significance in England and beyond.

February 18th 2016 sees the 500th anniversary of the birth, in Greenwich Palace near London, of Mary, the only surviving child of King Henry VIII of England and his first wife, Catherine (Catalina) of Aragon. In the world of today, such anniversaries, of historical figures, and of other ‘celebrities’, often attract a great deal of attention. 2016 also sees, for example, the 400th anniversary of the death, on 23rd April, of England’s greatest playwright, William Shakespeare but while the ‘Bard of Avon’ will receive, as is his due, a shower of honour and commemoration, on all media, the same is not likely to happen to Mary. Why?

In fact, there are plenty of positive things to say about Henry VIII’s eldest child. Like her siblings, Elizabeth, daughter of Anne Boleyn, and Edward, son of Jane Seymour, she received a high-powered Christian humanist education. One of Erasmus of Rotterdam’s most devoted and distinguished disciples, the Valencian humanist Juan Luis Vives, wrote some of his best educational works for her. Like all the Tudor monarchs, she was a fine linguist and classicist (in a strictly Christian context), as well as possessing the domestic accomplishments of an upper-class European lady of the period.

Mary’s battle to gain the English throne was long, and evidently marked her. While, as a girl and young woman, she received numerous compliments from both English people and foreigners, many of whom may well have been sincere, on her personal accomplishments and her looks, the whole situation changed when her father decided to divorce her mother. Once Henry began his unsuccessful campaign to secure approval of this action from Pope Clement VII, Mary’s conditions of life deteriorated steadily. After 1531, she was not permitted to see her mother, and, when Catherine died, early on January 7th 1536, she was even more bullied, partly at the instigation of Anne Boleyn, who evidently hated her. As far as the succession went, until the future Edward VI was born, on October 12th 1537, Mary, who had once been sent to the borders of Wales to gain experience of government, was replaced as heir by Elizabeth. Between 1531 and 1553, Mary’s life consisted of periodic migration between English country houses, far from the centre of royal power, and under personal pressure, particularly because of her developing conservatism in matters of religion. When her father, Henry, died, at the end of January 1547, it was clear, under the Act of Succession, passed by Parliament three years earlier, that Edward would become King, but the position of both Mary and Elizabeth remained somewhat ambiguous. Although the Act stated that Mary would succeed if Edward produced no children, and that Elizabeth would become Queen if the same fate befell Mary (as indeed it did), the legal position remained ambiguous, not least because of the deep prejudice in England against a female ruler.

The year 1553 produced two coups. First, in his last days, Edward, working with the Lord President, John Dudley, Duke of Northumberland, felt free to divert the succession, on religious grounds, to Lady Jane Grey, who then married Northumberland’s son Guildford. When ill health finally got the better of Edward, on July 6th 1553, Jane duly succeeded, but Mary showing unexpected determination, as well as political and strategic skill, did not fall into the trap of obeying a summons to London, but instead moved to her power-base in East Anglia, and demanded obedience to her as Queen. Traditionalist gentry and a few noblemen rallied to her, and it appeared that the English public generally wanted the terms of Henry VIII’s Act of Succession to be carried out. The result was Mary’s arrival on the throne, at the end of July, and hence the beginning of her reign, which was dogged throughout by two major issues – the question of government by a female ruler, and her ‘Spanish marriage’, with all its consequences.

Even when she was a small girl, Mary was offered conflicting advice by her tutors, including Vives, on what her role should be as a woman who would rule. Until Elizabeth was born in 1533, it seemed that Mary was bound to be Queen, and, although her mother’s native land, Spain, had considerable experience of female rule, most recently and powerfully in the case of Mary’s grandmother, Queen Isabella, things were very different in England. Thus some uncomfortable adjustments had to be made when she eventually arrived on the throne and, in this respect she, not Elizabeth, was the true pioneer. Her gender created practical problems, in fulfilling the very militarised concept of kingship which she inherited from her father. On her coins, as sole ruler, she appeared with her hair down, like a traditional English royal wife, and, although she went through the full Coronation rite, in Westminster Abbey on 1 October 1553, she ducked out of spending the night with new Knights of the Bath in the Palace of Westminster.

In one sense, then, her marriage to Prince Philip of Spain, which was eventually announced to Parliament and people in November 1553, offered the prospect of solving some of these problems. A dashing young husband, as he was at that time, could take charge of the Orders of Chivalry, joust in the Whitehall tiltyard, and act, if necessary, as a war-leader. Mary evidently took her model of monarchy from her father, and seems to have been conflicted, throughout her short reign, over whether she should be ruler at all, although she had shown such bravery and determination in gaining the crown in the first place. But the fact that her husband was Spanish caused major problems in England, even before Philip arrived in England and they were married.

Contrary to much traditional historiography on Mary’s reign, there does not appear to have been much specific anti-Spanish feeling in England before 1554, though there were protests, from time to time, in the City of London against foreign workers, who were generally skilled. Yet the arrival of Philip in July 1554, accompanied by hundreds of courtiers and ecclesiastical advisers, undoubtedly provoked crime and violence, particularly in Westminster. The main problem seems to have been that Mary had appointed an English household for her husband, which was duplicated by well-bred, and increasingly bored, Spaniards. However, the Spanish were also involved with the main issue that has blackened ‘Bloody’ Mary’s reputation up to the present day.

‘Mary dug her heels in and became a defender of tradition in religion.’

During Mary’s lifetime, traditional Catholic Christian religion, in England and the rest of Europe, became an ever more controversial matter. Her personal beliefs and practices, first learnt from her parents and her tutors, came under fire from Lutheran reformers. In the reign of her brother Edward, when the English Church, with his support, headed off in the direction of a Continental-style Reform, Mary dug her heels in and became a defender of tradition in religion. Yet, when she became Queen in 1553, most of her subjects probably expected her to return to the religion of her father – largely Catholic in form but separated from the Pope in Rome. Instead, she went for a full-blown restoration of the Catholic Church, with a return to papal obedience. Historians have, in the past, seen both her religion, and that of Cardinal Reginald Pole, who became Archbishop of Canterbury in 1556, in succession to the reformist Thomas Cranmer, as harking back to a kind of pre-Reformation golden age, which ignored reforming movements in the Catholic Church itself, which culminated in the Council of Trent (1545-1563). Subsequent research, reflected in my biography of Mary, has shown that, on the contrary, Mary’s Church in England, Wales and Ireland was at the forefront of these reforms. Partly thanks to the influence of Spanish churchmen who arrived in England, with Philip, and particularly the Dominican friar, Bartolomé Carranza, who was a close friend of Pole, the English Church Synod of 1555-6 became a prototype for the later sessions of the Council of Trent. But the dark side of these developments was the use of the methods of the Roman and Spanish Inquisitions to repress the remaining Protestant religion in England. Approximately 300 men and women were burnt alive for refusing to abandon (‘abjure’) their religious views, and there is no doubt that Mary supported this campaign, which ceased as soon as she and her Archbishop died, a few hours apart, on November 17th 1558.

So we are left with a puzzle. All available evidence suggests that Mary, in her personal life, could be kind and affectionate, yet she also presided, largely in the absence of her husband Philip, over this violent repression. Some have argued that, somehow, sixteenth-century people had different moral standards from those of the supposedly superior modern age, but this proposition seems to be incorrect in both particulars. Firstly, there is plenty of cruelty and violence today, some of it done in the name of religion. Secondly, every person draws a moral line somewhere, and Mary and Pole seem to have drawn theirs between what they devoutly believed to be the ‘true’ religion – Catholicism – and the ‘false’ one – Reform or Protestantism. The pain of persecution was the same for both sides, if one can look objectively, but for Mary and Pole only the sufferings of Catholic ‘martyrs’ were genuine. This limitation, with its terrible consequences, inevitably detracts from what should otherwise be seen as a brave attempt at female ‘kingship’, which in many respects provided a model for the more famous, and lauded, reign of Elizabeth. 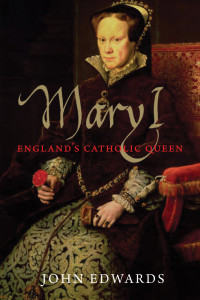 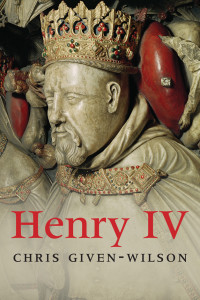 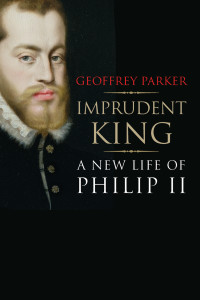 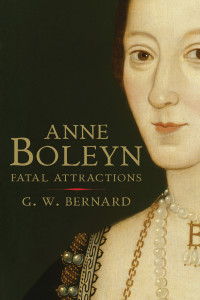 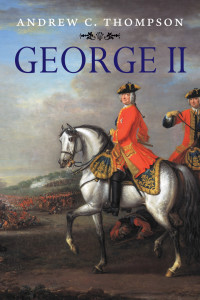 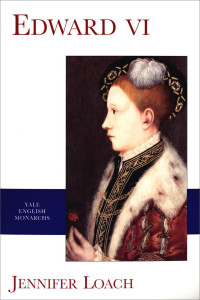 Images have been sourced from Wikimedia Commons and can be found here and here.

‘The idea that women – particularly respectable women – might want or need purpose-built public toilets, on the streets of the capital,…