As the 2016 Oscars approach – the 88th Academy Awards ceremony that will take place on 28 February – why acting matters is a question that naturally comes to mind. What is it about actors and actresses that keep us glued to the television – and when films such as DiCaprio’s The Revenant are nominated for an Oscar, we must surely question why we are entertained by troubled and violent characters like Hugh Glass.

‘If they can be extraordinary for an hour, we may dream of a new life. They act and we are acted on. It is the bargain of our history.’

David Thomson explores these and other intriguing questions in Why Acting Matters – now newly released in paperback. He argues that acting not only ‘matters’, but also is essential and inescapable – as well as dangerous, chronic, transformative and exhilarating – be it on stage, screen or as part of our everyday lives.

To mark this year’s Oscars ceremony we are sharing an extract from Why Acting Matters, in which author David Thomson asks why we enjoy – and perhaps even need – acting in our lives, despite some of the disturbing scenarios we see depicted. 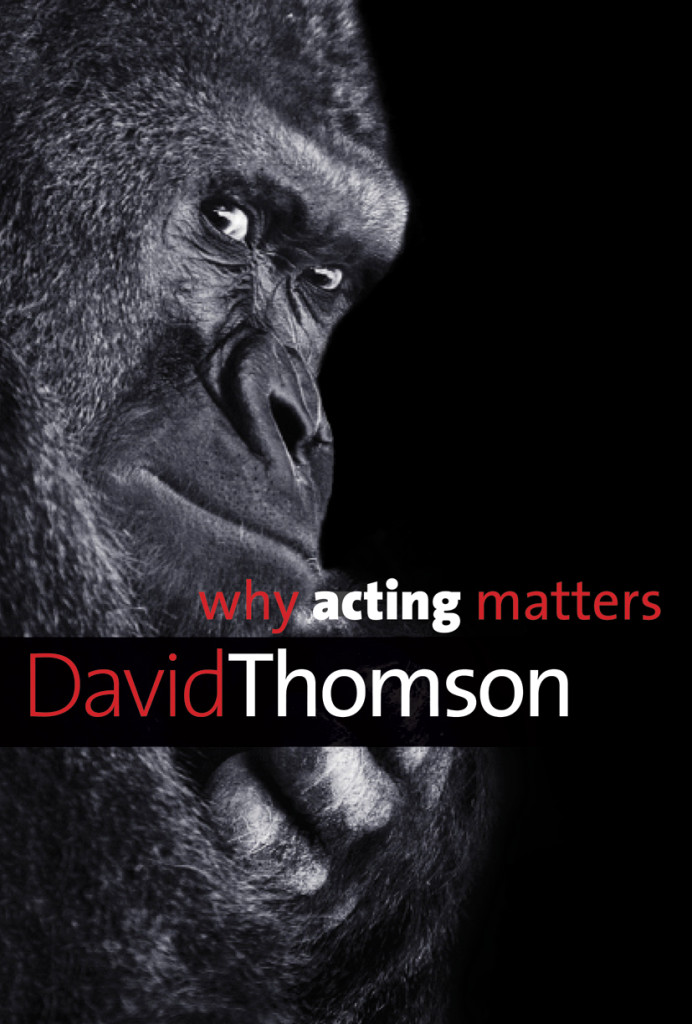 Why Acting Matters by David Thomson

Extract from: Act I Towards the End of the Day

The thing depicted in acting may be hideous and profoundly upsetting. It may be Gloucester having his eyes put out in Lear, or Sophie presented with her choice in William Styron’s novel and the film that was made of it. Those are such terrible moments that it may feel indecent to make an act or a pretending out of them. But we persist and we ask “beauty” to come to the merciful aid of existence in the process.

I am going to say something now that is upsetting. It may offend you. But sometimes the cause of creative offense matters. So consider the situation in Sophie’s Choice. That trembling, pale mother, Meryl Streep,* is presented with the chance of saving one child and condemning another. We are “in” a concentration camp—her cruel choice is as much a prison for our mind and  being as it is for her. Yet we are watching, too, like someone in a laboratory or a theatre observing an attempt to describe life more closely.

We know what Styron and Streep did. But let me add an improv: Sophie tells the Nazi, “I can’t decide. You make the choice. Toss a coin.” The officer immediately loses a layer of his revolting authority. He pats his pockets. He says, “I don’t have a coin. Nazis don’t carry money.” At which point, the story slips into a demented search for a coin in the camp. For neither the prisoners nor the guards have currency. Here is the shock: the situation begins to be comic; it turns towards screwball; and lo and behold, the Nazi and Sophie start to become like Cary Grant and Katharine Hepburn looking for a leopard in the forests of Connecticut.

That remake is hideous, you say, and appalling—so, if nothing else, you have rediscovered a way to be shocked by a brand of action that has often become a cliche in seventy years—I mean what happened in the camps. You may burst out, “Oh, you can’t do such things!” But I can, if I have daring enough and talent to pull it off, and if I can find a fresh form for the horror. The miracle of pretending is that we have learned in a few hundred years that anything may work. So, in fact, we do sit still for the murderousness of Michael Corleone, and for the removal of Gloucester’s eyes (six nights a week, with a Wednesday matinee). Perhaps our best retaliation to such numbing terror—our innate urge to wake up—is to make a play of such things that says, yes, there is still a chance of beauty or hope, or playfulness. Perhaps acting matters because of our dying attempt to believe that life  is not simply a desperate terrifying process in which we are alone and insignificant. Acting may matter because we resist that atrocious plan.

But if a book implies a question in its title, then the child in us anticipates an answer. And we like to fall into the faux wisdom that says, “Of course, we are a species that asks impossible questions— aren’t we?”

Now, there is history in this essay, without its turning into a history book. It has to be said that whereas breathing, eating, and sleeping go back as far as our species, we are uncertain about when “acting” began. I will make a few modest or playful suggestions about that, while noting that we know the names of actors only from the late sixteenth century onwards. Not that we know how good Richard Burbage was . . . or Edmund Kean, or even Henry Irving. Were they better than the great Joseph Tura? One day, Daniel Day-Lewis may be no more urgent than a name on the wall written in old script. Even so, acting has surely come to matter much more in the past hundred years as media arrived that could make it available for everyone. And more or less, in that new age most of us have looked at acting. We have been thrilled and amused, and we have taken actors and actresses into our private imaginary worlds.

We have even thought that we wouldn’t mind being like that—or if barred from the thing itself, by looks, elocution, or talent, well, we could pretend to be actors (or audience)…

…So let us be quite clear—turn to some other book if you do not share in an uncritical love for actors; we revere them, we need them. They nourish us; they entertain us. We have been changed by them (not that this made any useful difference). They are so gorgeous—and casual. How can they be so immaculate and nonchalant at the same time—Are they saying lines? Or are they possessed by some natural grace? So much of hope, dream, and desire rests with them. Don’t we go to actors as we might seek analysts or witch doctors or forgiving lovers, on the chance of being made whole? I know, we are respectable and pompous now—we tell ourselves we are going to see this important new play, or the movie that is the talk of the intelligent classes, those lofty works. But it’s the pretending that gets us, theirs and ours. If they can be extraordinary for an hour, we may dream of a new life. They act and we are acted on. It is the bargain of our history.

David Thomson is the author of more than twenty books, including biographies of David O. Selznick and Orson Welles, and The New Biographical Dictionary of Film.

Praise for Why Acting Matters by David Thomson

‘David Thomson is one of the funniest and most insightful writers on cinema.’ — Kate Muir, The Times

‘This book has a nugget of interest on almost every page.’ — Anthony Quinn, Guardian

‘Gossipy without being cruel, this book is full of fascinating anecdotes … his love of theatre and cinema is evident everywhere in this passionate and beautifully written book, and he articulates superbly the wonder that acting can inspire.’  — Ian Critchley, Sunday Times

Featured image has been sourced from Dave_B_/flickr

The Royal Academy of Arts: History and Collections – by Robin Simon