‘The history of the Angevin Empire is not just one of kings, queens, warlords and saints.’

Author of the new Tales from the Long Twelfth Century, Richard Huscroft, tells the story of England’s great medieval Angevin dynasty in an entirely new way, focusing on individuals – known or obscure – and their experiences during the period when Henry II, Richard I and John were kings. To mark the publication of this book, Richard Huscroft will be guest blogging for YaleBooks, you can read his first post about the rise and fall of the Angevin Empire, below.

The Rise & Fall of the Angevin Empire, by Richard Huscroft

During the second half of the twelfth century, the kings of England ruled territory which stretched from the frontier with Scotland in the north to the Pyrenees in the south, from Dublin in the west to the fringes of Flanders and Burgundy in the east. Never before or since has so much land been under direct English control. Historians refer to these territories collectively as ‘The Angevin Empire’, because at their heart was the French county of Anjou, the birthplace of the Empire’s founder, King Henry II (1154-1189).

Henry inherited his lands in northern France (Anjou and Normandy) from his father. Then his marriage in 1152 to Eleanor, heiress to the duchy of Aquitaine, made him the effective ruler of most of southern France too. He acquired the greatest prize, the kingdom of England, when he succeeded his long-time rival King Stephen in 1154. But he did not stop there. By the end of the 1150s Henry had taken back Northumberland and Cumbria from the Scots who had seized them during Stephen’s reign. In the 1160s he installed one of his young son Geoffrey as duke of Brittany and in 1171 he led an expedition to Ireland which began that country’s fateful interaction with England.

When Henry died in 1189, it was left to his surviving sons, first Richard ‘the Lionheart’ (1189-99) and then John (1199-1216), to keep the different parts of this sprawling estate together. In the end, this proved impossible. The Angevin Empire was born out of a chaotic civil war fought between the supporters of Stephen and those of Henry’s mother, the Empress Matilda. It came to an end in a similar fashion. John lost most of his lands in France to the French king between 1204 and 1212. His authority in England collapsed as a result and his reign ended with Magna Carta in 1215 and another civil war.

This bare account alone suggests how dramatic this story was, and how important, too, not just in England’s history, but in Europe’s. And indeed, Henry II, Richard I and John are deservedly well-known figures, as are others who feature prominently in the standard accounts of this period – Eleanor of Aquitaine, Thomas Becket and Saladin, for example. But the history of the Angevin Empire is not just one of kings, queens, warlords and saints. Other individuals were deeply involved in the events which created, shaped and ultimately ruined Henry II’s achievements, and it is some of their stories which I have tried to tell in my new book Tales from the Long Twelfth Century: The Rise and Fall of the Angevin Empire.

This has been a challenge, mainly because the available evidence limits the choice of subjects. It is only possible to write at any length about people who moved in the upper echelons of twelfth century society and so caught the attention of contemporary writers or featured in the records of government. Nevertheless, bringing together the scattered references and plugging the inevitable gaps has thrown light upon some important but easily neglected areas. No less than three of the men whose tales I tell were princes who might well have become king instead of Henry II, Richard or John. Two of them, William and Henry, the eldest sons respectively of Kings Henry I and Henry II, died before they could succeed their fathers, whilst the third, Arthur of Brittany, Henry II’s grandson, posed a major challenge to his uncle John who eventually had him killed. All three of these careers, abruptly shortened and incomplete though they were, had a profound impact on the shape of events. They open a window on to aristocratic lifestyles in the twelfth century as well as the machinations of high politics. Above all they show how outcomes which seem almost predestined in hindsight were far from inevitable in reality. Others whose tales I tell, Earl Hugh Bigod of Norfolk, Earl Richard Fitz Gilbert of Pembroke (better known as ‘Strongbow’) and William de Briouze, were great barons through whose experiences it is possible to see afresh the civil war under Stephen, the English conquest of Ireland and John’s descent into tyranny. Others were men of religion. Herbert of Bosham was Thomas Becket’s closest confidante, a first-hand observer of his master’s momentous and ultimately fatal quarrel with Henry II. And the great scholar, Archbishop Stephen Langton of Canterbury, reluctantly became embroiled in the bitter politics of John’s reign and the creation of Magna Carta.

Women, of course, played their part, too. The evidence here though, written overwhelmingly by men and for men about a man’s world, is even more difficult to collect. Reconstructing the life of a woman from this period to any meaningful degree is bound to be frustrating. Nevertheless, I have been able to do this in two remarkable cases. Joan, one of the daughters of Henry II and Eleanor of Aquitaine, was married to two of the greatest rulers of her day, first the king of Sicily and then the count of Toulouse. Between these marriages she went on the Third Crusade with Richard I and almost married Saladin’s brother. At the very least, Joan gives the lie to the idea that the women of this period lived sheltered lives away from the political and cultural mainstream. Equally unique in her own way was Nicola de la Haye. She never left England, but her long career climaxed in defending the great castle of Lincoln on behalf of King John and his infant son Henry III during their existential struggle with the French for control of England in 1216-17. Without her dauntless efforts, England might easily have become a French colony.

Through these tales, I have tried to bring the twelfth century to life in a new and exciting way. In my next blog, I will say more about some of these extraordinary lives.

Richard Huscroft is author of Tales from the Long Twelfth Century: The Rise and Fall of the Angevin Empire for Yale. He teaches history at Westminster School, London, and is the author of three previous books. 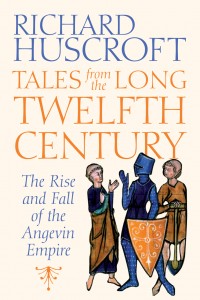 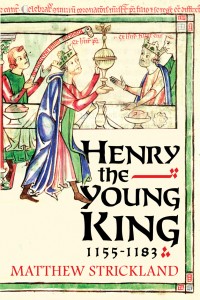 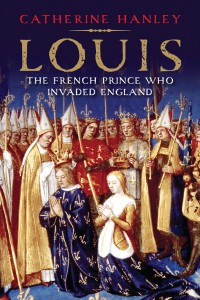 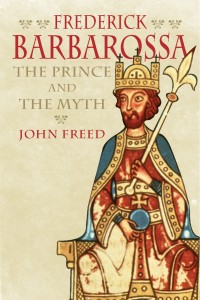 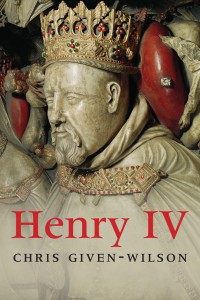 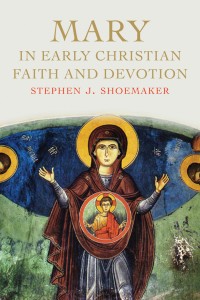 Featured images have been sourced from wikimedia commons and can be found here and here.

Lee Lozano: Not Working – an interview with Jo Applin

To mark the upcoming publication of her new book Lee Lozano: Not Working, we asked Jo Applin to…