To coincide with publication of his new book When the Sun Bursts: The Enigma of Schizophrenia, we invited Christopher Bollas to share his experiences working with patients diagnosed as schizophrenic, and to explain how talk therapy can be an effective treatment.

In the book, he offers his interpretation of how schizophrenia develops, and with tenderness depicts schizophrenia as an understandable way of responding to our precariousness in a highly unpredictable world. He celebrates the courage of the children he has worked with and reminds us that the wisdom inherent in human beings – to turn to conversation with others when in distress – is the fundamental foundation of any cure for human conflict.

A Conversation with Christopher Bollas

‘Imaginative, heartfelt and moving, this is a beautiful book. Bollas’ compassion and respect for his patients is palpable on these pages. The result is a sense of shared humanity, understanding and even hope. There’s misery in When the Sun Bursts, and yet you will come away feeling ignited and consoled.’ – Stephen Grosz, author of The Examined Life 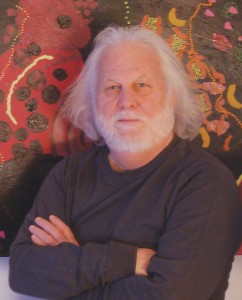 Christopher Bollas, a leading figure in contemporary psychoanalytic theory, has a PhD in English and was Professor of English at the University of Massachusetts, Amherst in the middle 1980s. Concordant with his career in literary and cultural studies, Bollas has worked as a psychotherapist since 1967, launching his clinical career with autistic and schizophrenic children. He qualified in psychoanalysis at the Institute of Psychoanalysis in London in 1977 and in Adult Psychotherapy from the Tavistock Clinic in 1978. Teachers and figures whom he knew and who helped diversify his thinking were Arnold Modell, John Bowlby, Andre Green, Herbert Rosenfeld, Joseph J. Sandler, J.-B. Pontalis, Janine Chasseguet-Smirgel, Marion Milner, Nina Coltart and Paula Heimann. He was the first Honorary Non Medical Consultant at the London Clinic of Psychoanalysis, Visiting Professor in Psychoanalysis at the Istituto di Neuropsychiatria Infantile of the University of Rome from 1978 to 1998, Director of Education at the Austen Riggs Center from 1985–1988 and one of the literary editors of the works of D. W. Winnicott.

His books include The Shadow of the Object: Psychoanalysis of the Unthought Known (Columbia, 1989), Hysteria (Routledge, 1999), Cracking Up (Routledge, 1996), and Catch Them Before They Fall (Routledge 2013), among others.

The sitcom Cracking Up derived its title from his book with that title and included a main character, Dr. Bollas, played by Henry Gibson. Bollas is also the only psychoanalyst mentioned in the first series of HBO’s In Treatment.

Find our more about When the Sun Bursts: The Enigma of Schizophrenia 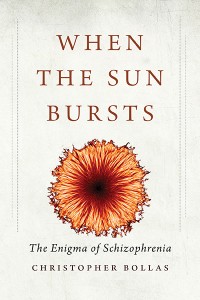 Behind the Book – A Natural History of Wine

‘Ian Tattersall and Rob DeSalle have written one of the most fascinating wine books ever. Consummate scientist-storytellers, they…