Article by Nicholas Higham, author of The Anglo-Saxon World

Guided by the Venerable Bede (writing early in the eighth century), the English have generally looked back to the year 597 and the arrival of St. Augustine at Canterbury as the starting point of Christianity among the English.  This is, though, far from the whole story.  In fact, the Kentish king, Æthelberht, had already had a Christian bishop at his court, a man called Liudhard who arrived with his Frankish bride Bertha, probably before 581. A gold coin inscribed with Liudhard’s name, adapted to be hung as a medalet, was found near St Martin’s Church, in Canterbury; the dedication of this very ‘Roman’ looking church probably reflects Bertha’s links with Tours, the main focus of St Martin’s cult. And Augustine’s questions to Pope Gregory, sent in 601, whose replies Bede copied into his Ecclesiastical History, make it very likely that there was a British Christian presence close by as well, centred on a cult of an otherwise unknown St Sixtus (perhaps a Romano-British saint). Christianity was, therefore, already present in Kent and attracting royal interest before Augustine arrived. 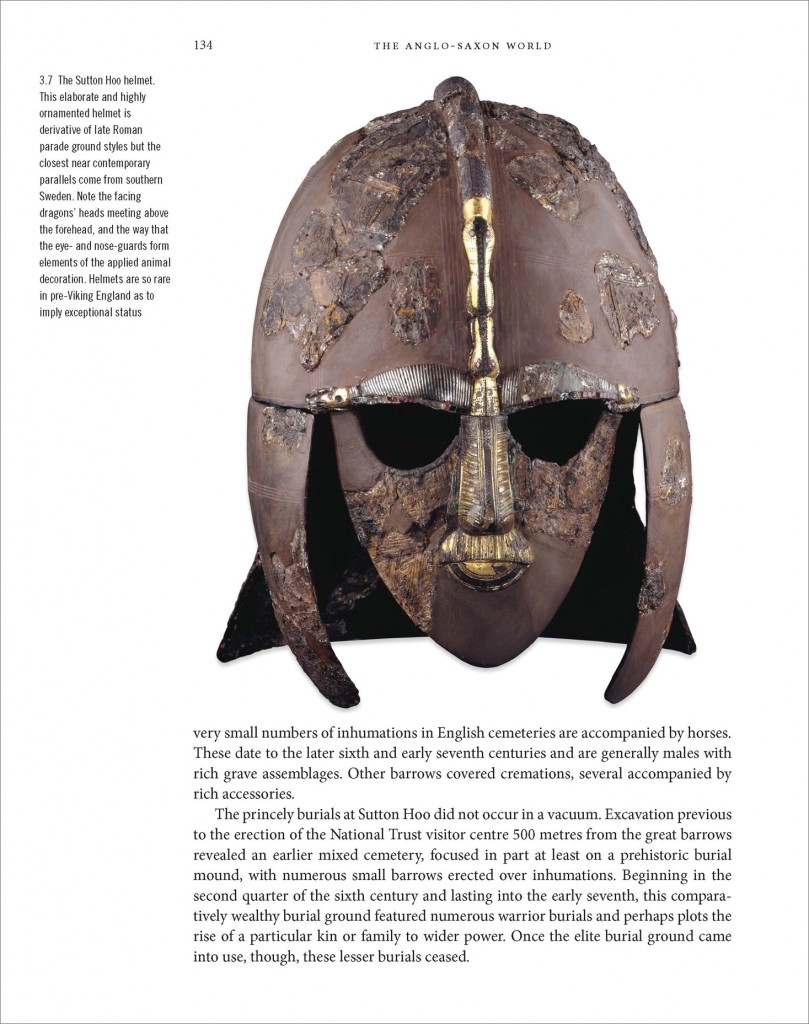 What the Roman mission provided, though, was a conversion strategy built around the foundation of an archdiocese and dependent bishoprics, to be pushed forward under royal patronage. From Æthelberht’s perspective, this offered a structure capable of under-pinning his over-lordship of southern Britain.  Over the next few years he persuaded his nephew, the king of the East Saxons, and Rædwald, king of the East Angles, to accept baptism, and sponsored a meeting between Augustine and leaders of the British clergy to bring them on board.

While Æthelberht did establish a bishop for west Kent at Rochester, and the East Saxon king duly accepted a bishop at London, Rædwald rejected conversion on his return home – he was probably the king buried in the ship-burial at Sutton Hoo, so almost certainly died pagan.

The problem, though, is that these initiatives were not particularly successful. While Æthelberht did establish a bishop for west Kent at Rochester, and the East Saxon king duly accepted a bishop at London, Rædwald rejected conversion on his return home – he was probably the king buried in the ship-burial at Sutton Hoo, so almost certainly died pagan. The British rejected Augustine’s claims to authority and refused to join his mission, and neither Æthelberht nor his nephew seem to have persuaded their heirs to accept conversion.

Within ten years of their arrival, the new Church seems to have become bogged down. Augustine was dead by c. 609 (we don’t know the precise date). Even church-building was making only slow progress; SS. Peter and Paul’s (later St. Augustine’s), was not ready to receive his body when he died. Augustine had consecrated one of his close associates, Laurence, to succeed him, but the leadership was aging and little forward planning was possible.  To make matters worse there was an expansionist pagan king beyond the Humber. This Bernician ruler, Æthelfrith, conquered a great swathe of British territory across northern England, triumphed over the Scots c. 603, and seized Deira (East Yorkshire) c. 604. Around 615, Æthelfrith destroyed a northern Welsh army at Chester. His young rival for the Deiran throne, Edwin, fled to Rædwald in East Anglia, inside Æthelberht’s over-lordship. Æthelfrith’s response was to send a series of embassies to Rædwald, with ever more threatening messages, designed to extract Edwin from his protection.

In 616, Æthelberht was ‘old and full of years’ and seems to have died of natural causes. As he lay on his death-bed, though, there was a very real risk that a dangerous pagan war-lord in Northumbria would march south. What happened, though, was Rædwald took the offensive, marched north and caught Æthelfrith without his full army beside the river Idle, where he defeated and killed him. This was a very risky enterprise but the gamble paid off. His surprising victory catapulted the East Anglian king into the driving seat as the ‘over-king’ of all the English, with his young protégé Edwin now ruler of Northumbria. But this was little better from Canterbury’s viewpoint, for Rædwald had rejected conversion and had little sympathy with the Roman mission; once both Æthelberht and his nephew were dead there was not a single Christian king among the English.

Canterbury’s bishops can, therefore, trace a continuous descent from Augustine in 597, but it is worth reminding ourselves just how slender the thread could be…

In these circumstances, the Roman Church in England was in retreat. Mellitus, bishop of London, was ejected, and both Justus, bishop of Rochester, abandoned their sees, decamping across the Channel. At Canterbury, Laurence was also close to abandoning his see. Bede offers a miracle story, almost certainly sent him by Abbot Albinus at Canterbury, through which Laurence was dramatically persuaded by St. Peter in a dream to stay on.  The story was clearly designed to paper over the very real possibility that the missionaries would abandon their last outpost. Not until Rædwald in turn had died (c. 624) was Æthelberht’s son, Eadbald, the king of Kent, able once more to support the Roman mission. Between 616 and c. 624, the Kentish Church only just clung on. 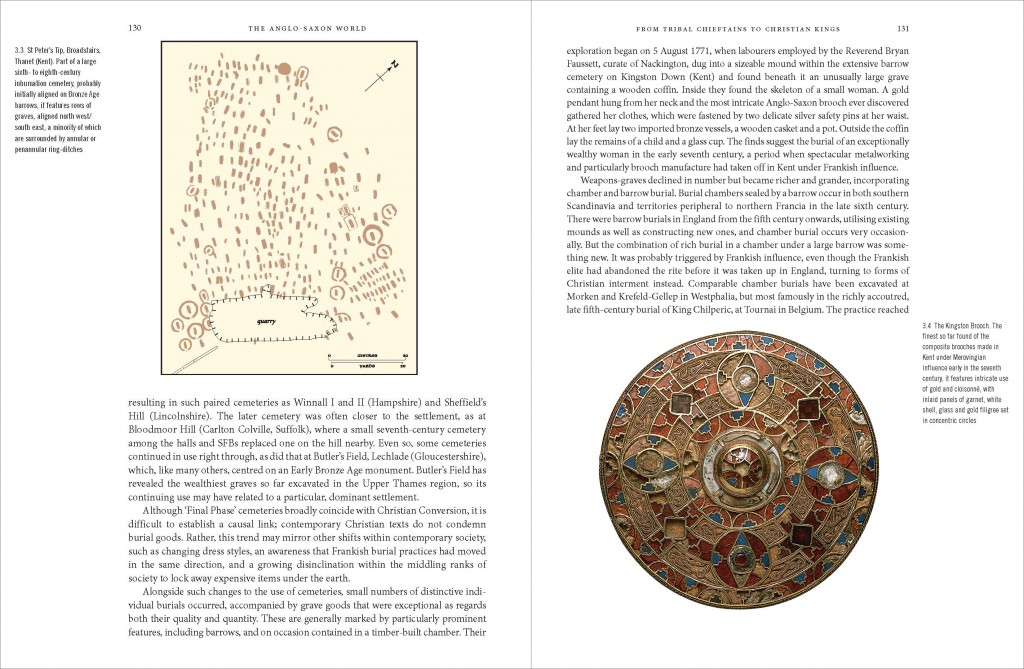 In the event, the English conversion did proceed, but it was as an accidental by-product of royal politics fought out in the aftermath of Rædwald’s death. Eadbald allied himself with Edwin of the Northumbrians, who married his sister and accepted a Roman bishop, Paulinus, at York. A West Saxon attempt to assassinate Edwin only wounded him, leading to a Northumbrian campaign down into the Thames valley, Edwin’s emergence as the most powerful king in Britain and his decision to accept conversion. But these events, across the years 624-627, were still in the future in 616, when Christian kingship of the English collapsed and the nascent Church was forced into a retrenchment which almost resulted in total collapse.

Canterbury’s bishops can, therefore, trace a continuous descent from Augustine in 597, but it is worth reminding ourselves just how slender the thread could be, that links the archdiocese of the modern day with its founder. 616 was the earliest and perhaps the deepest crisis: the Roman mission was in large part abandoned and its very survival was in grave doubt for perhaps eight years. Its ultimate survival was as a consequence of royal match-making and dynastic politics. 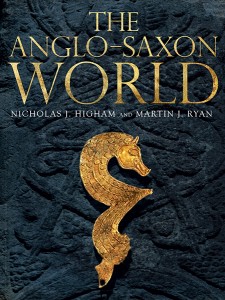 Translating the Poetry of Kabbalah: Author interview with Peter Cole

Peter Cole’s brand new work of translation, The Poetry of Kabbalah, is the first every English-language collection of poems from the…