‘Climate change is a long-term problem and it needs a long game.’

The United Nations Conference on Climate Change – an annual meeting of all countries that want to take action for the climate – opens on 30 November 2015. This year, Paris chairs and hosts the 21st Conference of the Parties to the United Nations Framework Convention on Climate Change (COP21), and the event will focus on key debates in global energy consumption, including global warming, extreme climate events and other controversial issues.

Dieter Helm, economist and recent Yale author of Natural Capital and Carbon Crunch is guest blogging for us to coincide with COP21, highlighting some of the important issues that will be discussed at this year’s conference, as well as examining why global politics and climate change are so inextricably linked.

As perhaps as many as 40,000 (the French government estimate) flock to Paris for the latest round of climate summitry, world leaders are in danger of repeating some of the mistakes of Copenhagen all over again. Indeed they probably will. Voluntary pledges, even if they add up to the magic 2 degrees, are voluntary.

At stake are two related issues: whether climate change will ever be solved by top down targets; and whether the key sources of growing emissions, notably China and India, will curtail their coal burns.

As explained in the Carbon Crunch, top down agreements are a very weak substitute for bottom up policies, for the very good reason that the incentives are weak, and enforcement is impossible. They can too easily give the illusion of decisive action. World leaders have been trying for over a quarter of a century to come up with a credible agreement, and so far the result has been pathetic. Global emissions have continued to increase since 1990. They have not worked in the past, and if mitigation is to rely on them, we will probably fry.

Kyoto became a non-credible, Europe arrangement, and its impacts have been negligible. Europe’s carbon emissions would have fallen anyway, as Europe deindustrialised, and imported carbon-intensive goods rather than produced them itself.

The recent example of the closure of a Tata steel plant in the UK illustrates this. The steel plant is closing because it cannot compete against cheaper Chinese imports. But from a carbon target perspective it is great news: emissions will fall as a result, even as the carbon footprint goes up by more – because the Chinese steel is more carbon intensive to produce, and because of the shipping. Within the EUETS, the closure of Tata’s steel plant leaves more room for other emissions – for example burning more coal.

The reasons why the US never ratified Kyoto is because China would not commit to cap and reduce its emissions. This time around, Obama and Xi Jingping have agreed. Yet this is no triumph: China is not going to properly cap its emissions until 2030. If it grows at the current 7% per annum for the next 15 years it will be more than 2.5 times as big as it is now. Coal will fall as a share of its energy mix and there will be energy efficiency gains, but the climate cannot withstand another 15 years of ever-higher emissions from China. Worse, China recently revealed that its coal burn is 17% higher than previously thought – a fact not known when Obama struck his legacy deal.

Worse still, the new emerging power – India – doesn’t want to commit at all to reducing its carbon emissions, but rather confines its pledges to the carbon intensity of its electricity sector. There have been indications it might cap emissions after around 2050. Anything more demanding would take a very large down payment by the developed countries. In the meantime there are plans to double India’s coal production by 2020.

The big danger is that there will be lots of speeches and “triumphs” and then the world leaders will get back to Syria, Ukraine, the South China Sea and the problem of winning elections. Two and a half decades of summitry have left voters bemused – and, as soon as they see real costs, they tend to run a mile. Few really believe this is all going to be free – or even growth enhancing, as the Stern report proposed.

Climate change is a long-term problem and it needs a long game. It is not difficult to see what needs doing: phasing out coal (with gas as a transitional fuel); making us all pay for the pollution our consumption causes by putting a proper price on carbon; and spending far more on R&D to come up with the next generation of technologies which can – and probably will –crack climate change.

Amongst the 40,000 will be rock stars and publicity seekers. Many will have vested interests, chasing after subsidies. These are not the people the politicians should listen to. They have helped persuade us to spend billions on technologies that are never going to make much difference. Worse they have sometimes made matters worse – encouraging the closure of existing nuclear power stations and facilitating the great expansion of lignite mining and coal-based emissions in Germany for example.  At Paris, perhaps a minute’s silence might be staged for the prospect that German will probably not even meet its 2020 targets, despite the great economic crisis. Why believe future pledges, when a “leader” on climate change cannot even meet its current ones?

Dieter Helm is professor of energy policy, University of Oxford; fellow in economics at New College, Oxford; and professorial research fellow at the Smith School of Enterprise and the Environment, Oxford. He is chair of the world’s first Natural Capital Committee. 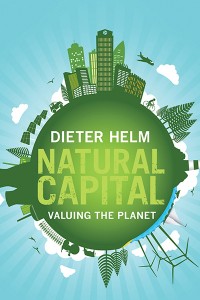 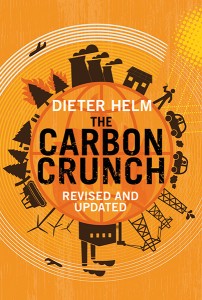 Jack the Ripper vs. Women Against Violence Against Women, by John Bennett

In Mob Town: A History of Crime and Disorder in the East End, John Bennett delves into four…