Greil Marcus is a force to be reckoned with when it comes to cultural criticism. For three decades Marcus has written a popular column called the ‘Real Life Rock Top Ten’ that has migrated from publication to publication in which he dissects and critiques a wide range of cultural phenomenon from films and music to books and advertisements. Marcus’s latest book, Real Life Rock: The Complete Top Ten Columns, 1986-2014 , brings together the columns in one volume and chronicles one of art journalism’s most fascinating ongoing conversations.

But enough from us! Read it from the man himself. We sat down with Marcus to find out more about what to expect from his new book.

An Interview with Greil Marcus, author of Real Life Rock

Greil Marcus: In 1978 the UK group Magazine called their first album Real Life. I loved the absurdity of the idea that a bunch of songs could claim to be real life—and I liked the idea that a column centred on music, but taking in everything that moves in and out of music: novels, poems, movies, commercials, news stories, critical theory, DJ patter, random snatches of dialogue, something overheard waiting in line—could pretend to do the same. Or try. Ten items every month or so, starting in the Village Voice in 1986, moving on to Artforum, Salon, City Pages, Interview, The Believer, now the Barnes & Noble Review. It’s fun to write. It ought to be fun to read.

YUP: You tell many stories in this radioactive brick of a book. Could they be regarded as chapters in a single narrative, and if so, what’s the moral?

GM: You know, the term ‘narrative’ has come to mean ‘false story.’ For me, this is a never-ending conversation, between me and whatever I’m writing about, but more than that, a conversation between all of the objects swimming through these columns. All the terrible tribute albums arguing with each other about why they’re not as bad as they seem. Robert Johnson and a beer commercial made out of his ‘Cross Road Blues.’ Really, a Top 40 where the moral is, ‘There is always something new under the sun.’

YUP: Throughout the book, there are many nuggets of comedy, strange coincidences and unexpected twists, startling arguments and deliberate provocations. Any favourites?

GM: The Oakland A’s applying themselves to ‘Scarborough Fair.’ Patty McCormack at fifty-three defending her ten-year-old self at a screening of The Bad Seed in 1999. Hearing the Ass Ponys’ “Swallow You Down” and wondering if I could even get a fraction of the pain in the song on the page.

Greil Marcus has written many books, including Mystery Train: Images of America in Rock ’n’ Roll Music, Lipstick Traces: A Secret History of the Twentieth Century, and The History of Rock ’n’ Roll in Ten Songs, just released in paperback. He teaches at Berkeley and the Graduate Centre at the City University of New York. 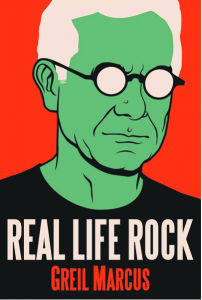 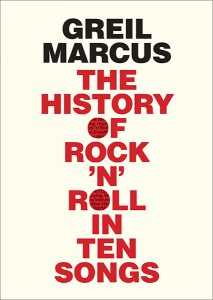 For Richer, for Poorer? The European Union that Never Was: Author Article by Lyric Hale

In the next instalment of her regular column, top economic commentator and What’s Next? author Lyric Hale discusses the European Union’s economic…